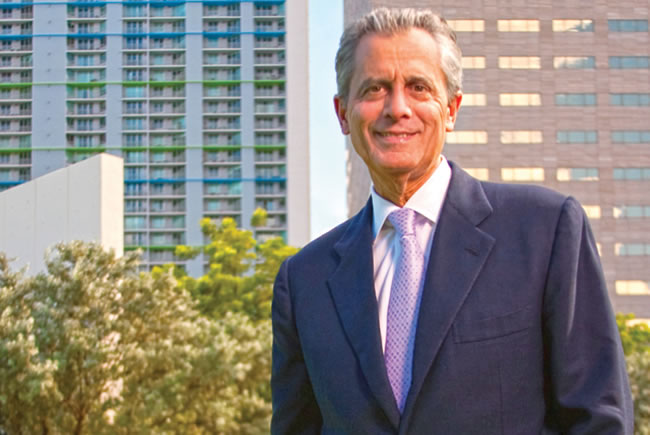 "Miami's entrepreneurial economy has been a major driver for foreigners that have invested here. They come here and have grown to be some of the top practitioners in the industry." - Tony Argiz, CEO, MBAF

Back in 1959 when the regime of Fidel Castro seized control of Cuba and countless professionals and their families fled the island, among them were bankers. They arrived at a fortuitous time for the growing city of Miami.

Financiers and traders from the Americas previously would travel to New York for banking services. Once the Cuban bankers arrived in Miami, the city’s ranks of bankers seasoned in international deals swelled. They brought expertise in global deals, and business soon followed.

Today, Miami is a financial capital of the Americas and the world. So much so that when the Florida International Bankers Association (FIBA) held its annual conference, more than 1,300 people attended.

“It’s been interesting as a banker seeing Miami how it has changed,” says Orlando Roche, regional president with IberiaBank. “It’s always been an international community, but it’s really becoming more global.”

Bankers are part of a network of professional service providers who provide key services to the local business community. Three of the nation’s largest privately held accounting firms — MBAF; Berkowitz Pollack Brant Advisors and Accountants; and Kaufman Rossin — are based in Miami.

With access to federal courts, global banks and international headquarters, Miami can serve any client’s financial, legal, or accounting needs.

“Miami’s entrepreneurial economy has been a major driver for foreigners that have invested here,” says CEO Tony Argiz, whose accounting firm MBAF has numerous CPA-attorneys handling international tax matters. More are coming as Florida’s climate and lack of a state income tax lure professionals keen to cut their taxes and improve their quality of life. “They come here and have grown to be some of the top practitioners in the industry.”