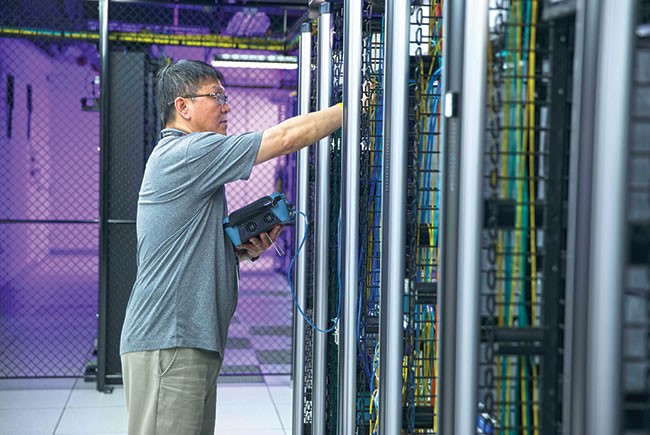 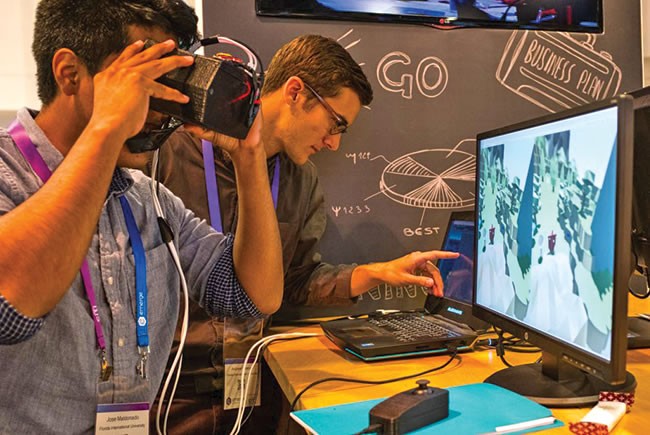 Manny Medina personifies Miami’s convergence of technological savvy and start-up moxie. A CPA by training, Manuel D. “Manny” Medina envisioned, built then sold in 2011 — for $1.4 billion — the regional data center the NAP of the Americas.

Home to NAP of the Americas

Medina capitalized on a confluence of forces: a growing entrepreneurial class, emerging technology and the recognition of Miami as a hub of global trade. Yet, even he underestimated the NAP’s demand among telecommunications providers that needed it. He estimated 25 carriers would sign on.

“They have 160. It’s one of the most important telecommunications hubs in the world,” says Medina, a tech investor and head of Cyxtera Technologies, a global data center provider to more than 3,500 clients. “That was the genesis of this tech boom.”

Eight years later, Miami is a hub of tech and start-ups. Pick your accolade: The Kauffman Foundation Index ranked Miami No. 1 in start-up activity. Emsi ranked the city No. 2 in the nation for tech job creation. Robert Half Technology named Miami ninth among U.S. cities for anticipated tech hiring.

While some still see Silicon Valley as tech’s leading edge, hemispheric global tech innovators look to Miami. So much so that 15,000 will attend this spring’s eMerge Americas conference. So, too, will tech visionary, AOL co-founder and Revolution Ventures chairman/CEO Steve Case. eMerge CEO Felice Gorordo called it “a great source of validation for South Florida’s entrepreneurial ecosystem.”

A Start-up Haven
Miami is dotted with start-up advisors, innovators and accelerators. It became the site of Endeavor Global back in 2013. The University of Miami’s Launch Pad and Florida International University’s StartUP FIU offer entrepreneurship resources for students and alumni. The Idea Center at Miami Dade College teaches world-class innovation, technology and entrepreneurship skills.

For executives hoping to hone their skills and networking, organizations like the FIU Center for Leadership offer development programs and workshops across industries. Entrepreneurs’ Organization South Florida has about 180 members who head businesses with at least $1 million in annual revenues.

Miami’s youth relative to other, older cities creates an economy “filled with global entrepreneurs starting over, or starting out, based much more on ideas and experiences, than on institutions,” says EO President Jerry Katz. “We might have different accents, but as entrepreneurs we speak the same language — building our businesses and the local economy.”

“Miami is a place where you can feel at home and become a leader in a community that has access to every major city in the world,” says Susan Amat, CEO and founder of accelerator Venture Hive. “Our mission is to change the dialogue and give people the freedom to be innovative and change the culture.”