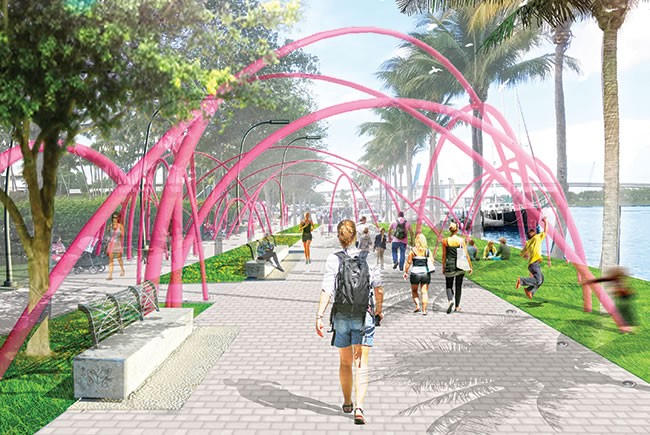 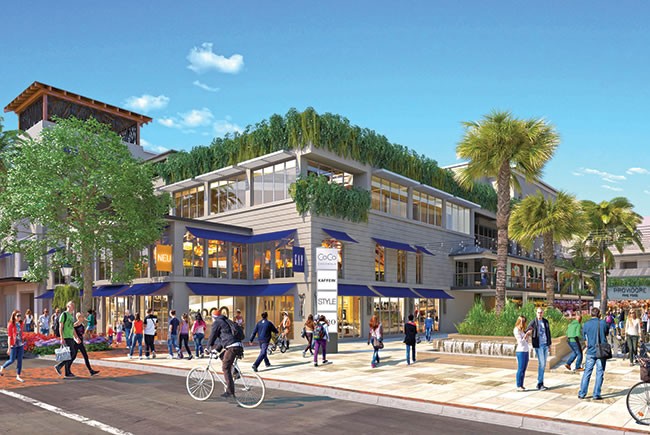 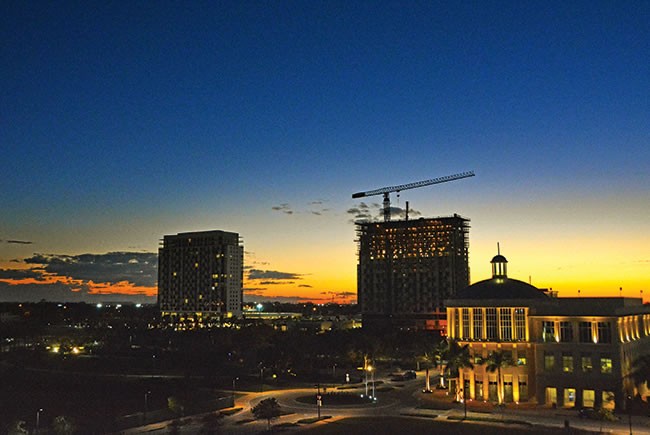 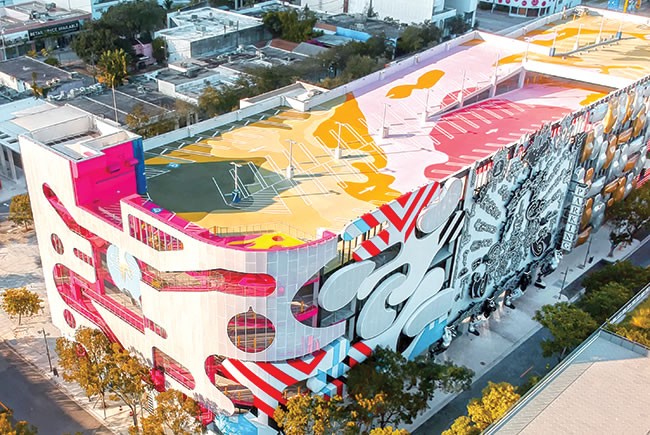 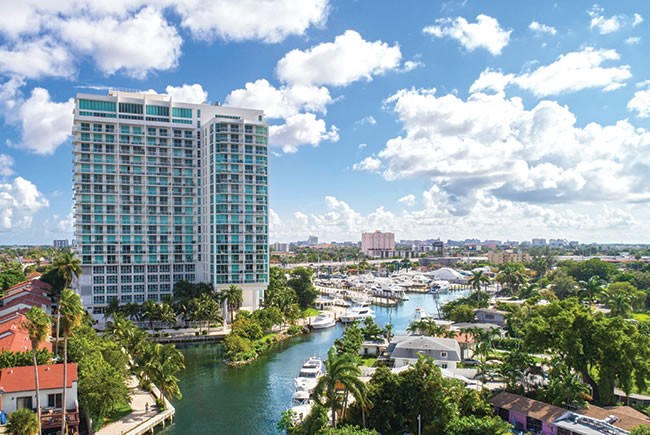 From Miami Beach to downtown, north to Sunny Isles and west to the suburbs, development and renewal in Miami-Dade County is measured in the billions of dollars. But it had much more humble beginnings.

When Miami native Eddy Arriola graduated from college, he bought a home on the edge of the Everglades in what is now the city of Doral. “It was like the end of the Earth,” recalls Arriola, now chairman and CEO of Apollo Bank. “You just didn’t go out there.”

“Unless you were dove hunting,” Doral Mayor Juan Carlos Bermudez joked during a recent lunch.

Much has changed. Doral itself is the county’s hottest growth market. Billions are being invested in new residential, retail and commercial construction led by Codina Partners, as well as area developer Terra, which has some $4 billion in development completed and underway countywide.

One of the county’s most significant projects is rising from a former Superfund site in North Miami. Solé Mia is a 184-acre, $4-billion development just off Biscayne Boulevard and surrounded by the Oleta River State Park. With apartment towers, retailers and restaurants, even a University of Miami outpatient center, Solé Mia is a joint venture between Aventura’s Turnberry and New York-based LeFrak.

Coconut Grove is undergoing redevelopment of the CocoWalk mixed-use property by The Comras Co., which is ushering in a wave of residential and office development as residents and office users gravitate toward urban neighborhoods that are well-located and easily walkable,” says Comras President Michael Comras.

Commercial development and sales are thriving as well. Last year, more than 15 commercial sales topped $100 million, making Miami one of the leading MSAs in the country in terms of growth, fundamentals and international appeal, says Peter Mekras, managing director of Aztec Group. “Investors continue to be attracted to real estate in Miami because of its rapid growth and prospects for the future.”

Old Parcels, New Growth
In a region bordered by water and county lines, infill and redevelopment has developers remaking old parcels and revitalizing neighborhoods. One submarket is the Miami River. Lissette Calderone began working on the river in 2002. She recently returned with her Pier 19 Residences & Marina project. The 21-story, 199-unit building will serve “urbanites — giving them the lifestyle they want,” she says. “It’s a sense of wanting to be in the center of it all.”

Another river project, Miami River Walk, will offer 688 apartments fronted by 1,100 linear feet along the river. It promises to lure workers from the nearby Miami Health District, says Camilo Miguel with developer Mast Capital.

The downtown submarket has grown tremendously in the past decade, says Alyce Robertson, executive director of the Miami Downtown Development Authority. Its tax base in 2010 was $9.8 billion. Today, it’s $19.8 billion, she says.

“What makes me bullish about the market is the amount of projects still out there that have yet to break ground,” says Tuffo, whose company built the Ritz-Carlton Residences in Sunny Isles, the Jade Signature and Bristol condos, Royal Caribbean Cruises Ltd.’s Terminal A at PortMiami, and Brightline’s MiamiCentral Station. “It’s a steady mix of viable projects.”

Urban Renewal and Smart Cities
Step by step, Miami-Dade County is striving to become a more pedestrian place. Walk along the downtown Baywalk fronting Biscayne Bay, or past enhancements along Flagler Street in the downtown’s central business district. To the south along the Metrorail tracks, The Underline taking shape will be a 10-mile linear park for pedestrians, cyclists and development.

The investments and growth are being fueled by young entrepreneurs set on being part of a growing market, says Donna Abood, managing director of Avison Young. “That evolution is really what’s special about Miami.”

From the airport to highways to neighborhoods to smart car infrastructure, billions are being spent by municipal and county leaders on leading-edge and disruptive technologies to create a smart, more resilient city, says Charles Bohl, a University of Miami associate professor in real estate and urbanism and past chair of the Urban Land Institute of Southeast Florida.

In a community formerly driven by real estate development with less attention to impacts, Miami is witnessing more attention to thoughtful urban design, says Dan Mackler, co-chair of the real estate practice group for Gunster Law Firm. Developers now are bringing “a tremendous level of urban planning into what they are doing.”

“New innovations in transit and infrastructure such as Brightline and The Underline are paving the way for a more vertical, connected future for Miami-Dade,” says Arnaud Karsenti, managing principal with developer 13th Floor Investments, which has been a proponent of The Underline. “Transit-oriented development is the primary solution in relieving our city’s congestion issues as residents can finally move throughout the region without being tethered to a car.”

Added Jorge Pérez, chairman and CEO of Related Group, who for three decades has shepherded the county urban evolution, “We keep on looking forward to Miami becoming a true urban 24-hour city where transportation is more public, where the cars are less used and we have some interesting environments.”