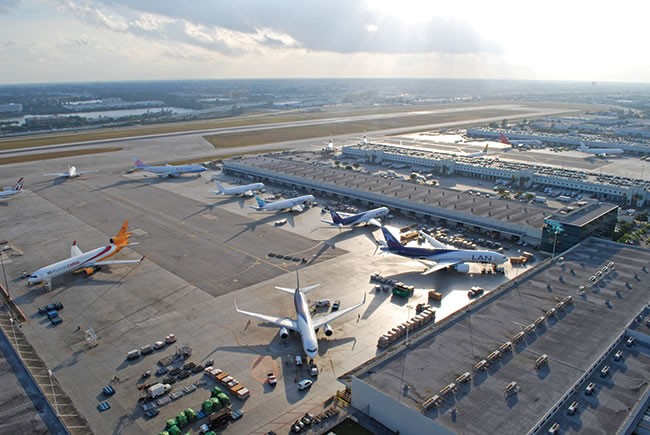 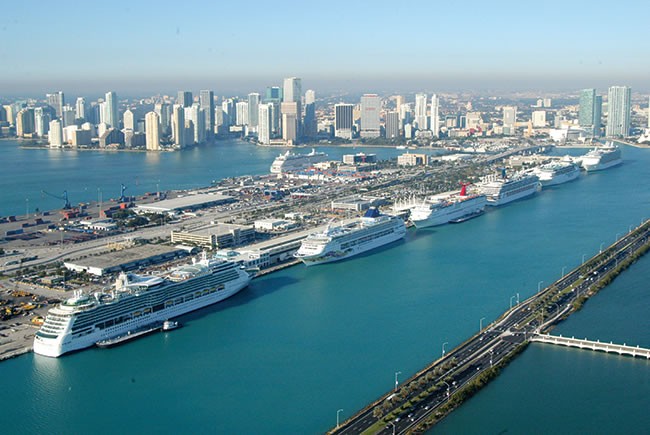 When railroad tycoon Henry Flagler expanded his Florida East Coast Railway to Miami in the 1890s, it became the most convenient way to move people and cargo to and from the city. Today, railcars, ships and aircraft bring the world to Miami’s doorstep.

Miami is well-connected. Whether via PortMiami, Miami International Airport, several intermodal centers, and similar ports and facilities along the Southeast Florida coast, its ports drive countless billions of dollars in the local and state economies.

In terms of cargo, MIA handled 2.3 million tons of international freight in 2018, which led all U.S. airports for another record year. MIA handles 81% of all imports and 78% of all exports between the U.S. and the Latin American / Caribbean region, including the majority of all perishables imported to the U.S. The largest of Amazon’s four county warehouses is a new 885,000-square-foot fulfillment center at Miami-Opa Locka Executive Airport.

PortMiami
Miami may be the “cruise capital of the world,” but much more than 55 cruise ships from 22 cruise lines call on PortMiami.

The port’s scope is visible from downtown Miami, the towers along Brickell Avenue or traffic driving to or from South Beach. From gantry cranes that tend to the shipping vessels or the cruise ships berthed in a row, it’s an awesome maritime spectacle.

The 22 cruise lines that call PortMiami home include Carnival, Disney Cruise Line, Royal Caribbean, Celebrity, Norwegian and MSC. One more will sail in when Virgin Voyages debuts its Scarlet Lady liner in late 2021.

It’s also a significant economic powerhouse. Between cruise, cargo and container ships that call from and sail to Latin America, Europe, the Middle East, India and Asia, PortMiami steers more than $43 billion in economic activity county- and state-wide.

As a shipping destination, $1 billion in infrastructure projects have dredged its deep-water channel to welcome Post-Panamax vessels, created an on-dock intermodal rail and carved a direct-access tunnel that links the port to the interstate highway system — and a regional and national logistics infrastructure that includes PortMiami Foreign Trade Zone 281. For the fourth consecutive year, PortMiami has surpassed