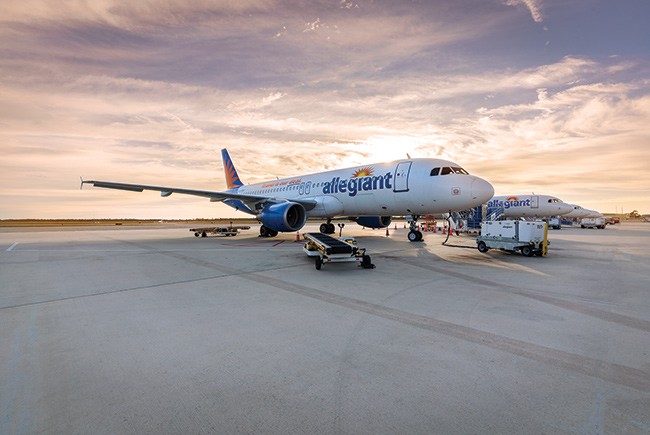 Allegiant flies in and out of Punta Gorda Airport, about 7 miles from Sunseeker. "Anyone who stays at the resort, we can offer airfare for free, and it's game over," says President John Redmond. 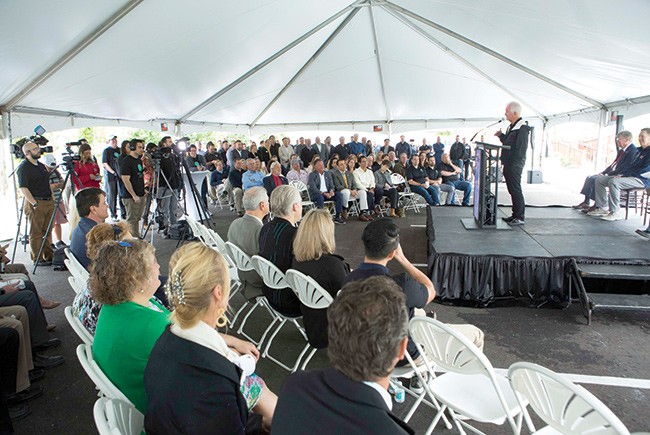 President John Redmond addresses a crowd at Sunseeker's groundbreaking. Redmond spent a month driving up and down the Gulf Coast scouting potential locations before settling on Charlotte County. 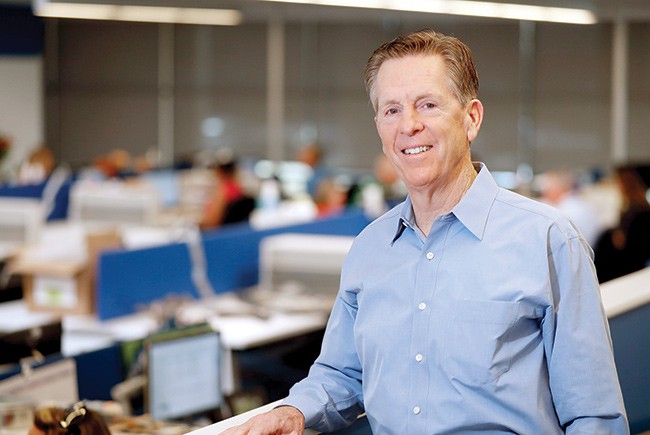 Chairman and CEO Maurice Gallagher Jr. took a controlling interest in Allegiant after the company filed for bankruptcy in 2000. 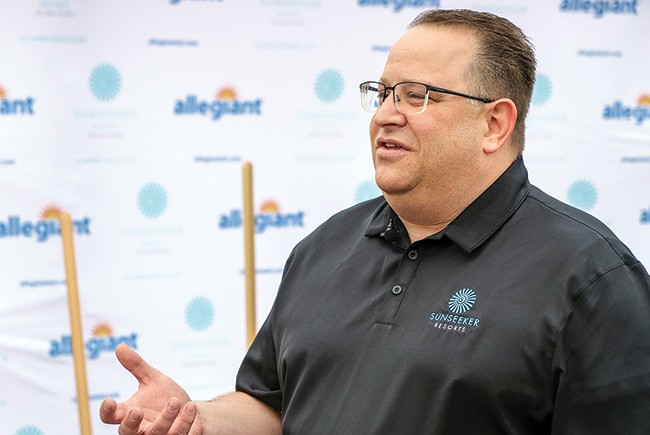 "It's critical for us to get this project right," says Micah Richins, who runs Allegiant's Sunseeker Resorts division. 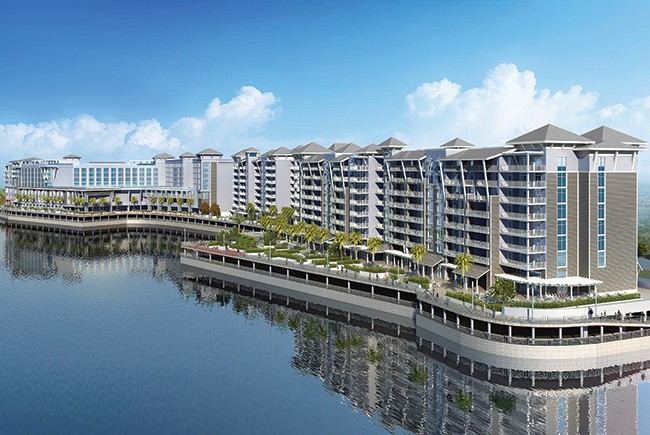 Sunseeker will include three hotel towers with 680 total rooms at an average room rate above $200 a night. 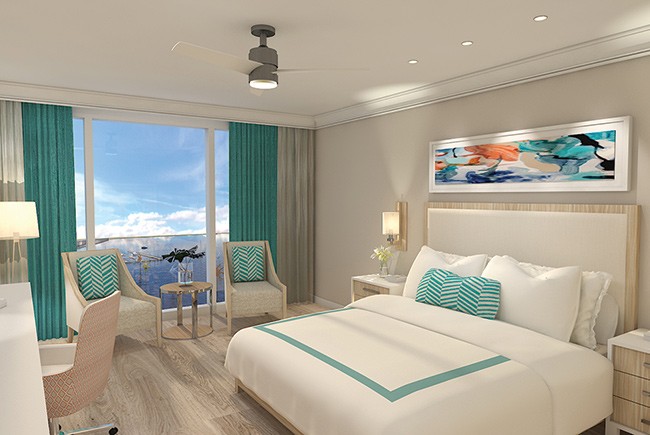 The company is positioning the resort as an "upper upscale" property.
< >

Henry Flagler once built a railroad to bring wealthy travelers to Florida and lavish hotels to house them once he got them here. More than a century later, discount airline Allegiant is dusting off the Flagler playbook.

Allegiant, which built its business shuttling tourists between small cities and secondary airports, is now building a $470-million resort in southwest Florida that it expects to fill with those flyers. Called Sunseeker, the three-tower, nine-story hotel will have roughly 500 standard rooms and 180 extended- stay suites charging an average rate of more than $200 a night. The hotel, which Allegiant expects to position as an “upper upscale” property similar to a Hilton, will include meeting and conference space, a dozen or more bars and restaurants, a scenic boardwalk and a marina, along with access to a private golf course a short shuttle ride away.

Rising on a narrow slice of land where the Peace River empties into the Gulf of Mexico, the Sunseeker hotel will be the tallest building in Charlotte County when it opens in 2020 — and the largest resort in a part of the state still best known as the place Hurricane Charley came ashore in 2004.

Sunseeker isn’t a one-off. Allegiant executives envision it as a beachhead in a cross-country network of Allegiant-owned or managed hotels, golf courses and Dave & Busters-style family entertainment centers, all fed with customers from their core airline business.

Investors hate it. Since Allegiant announced Sunseeker nearly two years ago, growth in its share price has lagged competitors like Miramar-based discounter Spirit Airlines and the broader airline industry as a whole, even though Allegiant’s core airline business has performed well. Daniel McKenzie, an analyst at Buckingham Research Group, estimates Allegiant’s share price should be about $10 higher than it is today, calling the company “a good, albeit controversial story.”

Conference calls with Wall Street have at times become unusually testy. “I’m sure you guys are aware that a lot of people don’t like this idea,” said Joe DeNardi, an analyst at Stifel Nicolaus, during a Sunseeker presentation that Allegiant management staged last fall in hopes of soothing skeptics. “I’m wondering if you could articulate what you think everybody is missing?”

“I understand their strategy, but I don’t agree with it,” says Helane Becker, a managing director and senior research analyst covering airlines at investment-management firm Cowen. “If you’re an investor and you wish to invest in a low-cost airline, you would theoretically invest in Spirit or Allegiant. But perhaps now you would choose not to invest in Allegiant because it’s a hybrid airline-hotel company. I feel like they could have gotten what they wanted working with a hotel brand or by doing some kind of a joint venture.”

Allegiant leaders are defiant, criticizing what they’ve characterized as tunnel vision and short-term thinking on Wall Street. The company has spent $50 million buying and clearing land and expects to spend another $420 million to complete Sunseeker. It also says it is prepared to lose as much as $17 million this year from its non-airline operations.

“It’s critical for us to get this project right,” says Micah Richins, whom Allegiant hired last year from MGM Resorts International to run its new Sunseeker Resorts division. “There’s no question we would like to do more. But putting this property in the ground, bringing it up, executing on it, showing the margins that we think we we’re able to obtain — those are the things that will be the drivers of anything that we do in the future. It gives us credibility.”