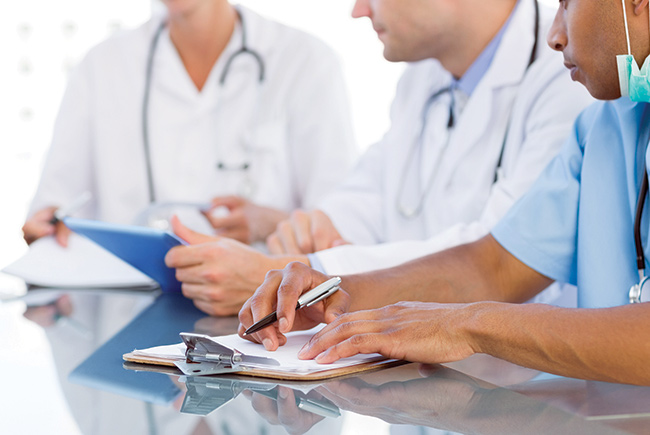 Take a closer look at the demographics making up the 82,939 physicians with active licenses who practice in the state of Florida. Discover the latest workforce trends: From average age to how many overseas graduates practice medicine in Florida to the which counties gained the most physicians from 2012 - 2017. [Source: Florida Trend]

As measles outbreaks are popping up across the country and the number of unvaccinated children in Florida is climbing, state health officials and parents worry that one of the most infectious diseases that was practically eliminated in the United States two decades ago could have a resurgence. [Source: Orlando Sentinel]

Forget Medicare for All or any other political machinations of the health care system currently up for debate. A Miami-based company is already disrupting health care as we know it — and it sees Tampa Bay as the ideal market for its rapidly growing brand, which, to succeed, will have to undertake a big challenge: to alter the way people think about getting health care, from reactive to preventive. [Source: Business Observer]

According to the Centers for Disease Control and Prevention, emergency visits climbed to a record high of 146 million patients nationally in 2016 - the most recent year available. 8.3 million of those patients were seen in Florida emergency rooms. But the state Agency for Health Care Administration reports that the numbers in Florida have flattened since then, bucking the national trend. [Source: WUSF]

Florida CEOs were asked: Some say America's healthcare market is broken. Would you be in favor of a single payer system? If not, what would you propose? Wael Barsoum, M.D., CEO and president of Cleveland Clinic Florida says, "Our goal should be universal coverage so that everyone can access the full spectrum of care, most importantly, preventive services. The single payer option is one way to provide universal or near-universal coverage, but it’s not the only option." [Source: Miami Herald]

› Florida House green-lights importing drugs from Canada, other healthcare priorities [Miami Herald]
As lawmakers seek to reach agreement on key policy issues in the final three weeks of the legislative session, the Florida House passed several healthcare bills Thursday, including measures that would allow importing prescription drugs from Canada with federal approval and encouraging patients to shop for cheaper healthcare to reduce their insurance premiums.

› Medical marijuana dispensaries compete for restricted retail space in South Florida [Daily Business Review]
At least one type of retail tenant is in expansion mode in Florida — yet it’s facing hurdles setting up shop. Medical marijuana dispensaries are pushing to open across South Florida but are limited in their options for new locations by local regulations and an almost-blanket inability to open in mortgaged buildings, attorneys and brokers working with dispensaries and landlords said.