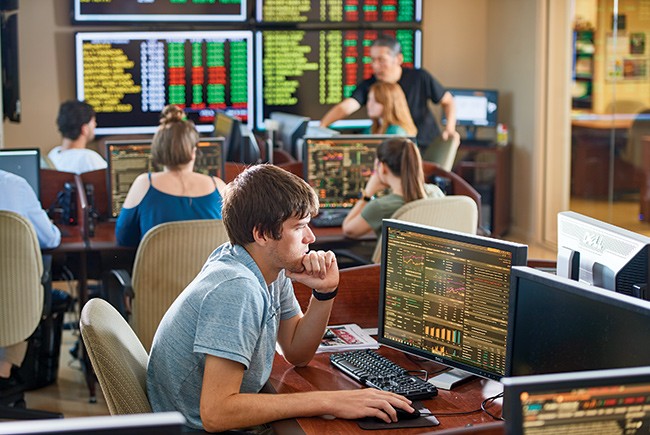 In a classroom at Stetson University, computer screens stream real-time financial data as students in the school’s Roland George Investments Program come and go, tracking the performance of an investment portfolio of stocks and bonds. It’s no simulation. For 38 years, the private university in DeLand has been entrusting students with a $3.5-million endowment fund. Across Florida, more than a half-dozen other universities have similar student-managed portfolios that are part of the schools’ endowments. [Source: Florida Trend]

Will Florida teachers get a raise instead of a bonus? 'There is a chance.'

Florida teachers want raises, not the bonuses that state lawmakers keep talking about. Their goal might be within reach this year. A teacher raise, if it came to pass, would be one of the biggest developments of this year’s legislative session as the state deals with a teacher shortage, and as teachers around Florida and the nation push for higher pay. [Source: Tampa Bay Times]

Anyone who’s ever flown a drone can tell you – it’s not the easiest thing to do. Now imagine if the only way you could control that drone – is with your brain. That’s the challenge 16 University of South Florida students faced recently at the school’s first ever Brain-Drone race. [Source: WJCT]

On the heels of a presidential search at the University of South Florida that is still drawing criticism for lacking transparency, state lawmakers are looking to greenlight even more secrecy. Despite opposition from about a dozen speakers and with no debate, a Florida House committee approved HB7115 last week. If the bill becomes law, it would permit state colleges and universities to further distance the public from the process of hiring presidents. [Source: Times/Herald]

Public can weigh in on replacement for Common Core in Florida

You can help state leaders decide what Florida students will learn in public schools. In January, Gov. Ron DeSantis signed an executive order to ditch Common Core and find new education standards. It left open a big question: What standards will replace it? On Monday, the Florida Dept. of Education launched a new tool that allows you to weigh in. [Source: Action News Jax]

› FSU nursing dean advances college’s research mission [FSU News]
Judith McFetridge-Durdle may be retiring, but Florida State University’s College of Nursing dean made an everlasting impact during her five-year tenure by advancing the college in the areas of research and diversity. She will step down as dean June 30. McFetridge-Durdle’s top priority when she arrived at FSU in December 2013 was to focus on the college’s research mission — and she’s had great success.

› Record 25,000 Florida students claim religious objection to vaccines [Tampa Bay Times]
In Florida, children have to be vaccinated to attend public or private schools. There are two exceptions: parents can get a doctor to say a vaccine would be medically dangerous, or they can opt out of vaccines on religious grounds. That religious exemption has been granted with greater and greater frequency in the past decade.

A Florida man is being praised for his selfless actions after he donated nearly $1,000 to schools in Jupiter to help pay off the lunch debt.