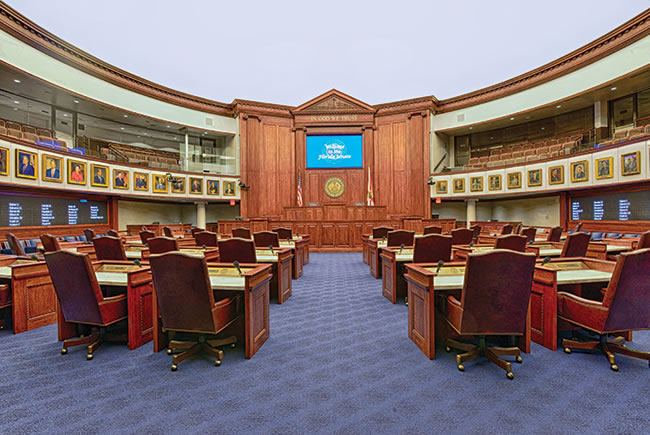 Gone are a governor (Rick Scott) who treated the legislative branch as an obstacle to be overcome, a House Speaker (Richard Corcoran) who relished picking fights and using the battles to rally his troops, and two Senate leaders (President Joe Negron and Appropriations Chairman Jack Latvala) whose personal feud wreaked havoc in Tallahassee’s upper chamber for half a decade.

Their successors bring far different personal styles to the top of the Capitol’s pyramid of power.

New Gov. Ron DeSantis, a former member of Congress with no previous experience in Tallahassee, spent his first day in office proclaiming his respect for the Legislature. New House Speaker Jose Oliva (R-Miami Lakes), a businessman who runs his family’s cigar company, prefers cordial discussions to combative rhetoric. And new Senate President Bill Galvano (R-Bradenton), an attorney whose specialties include government procurement, has a reputation as a skilled and reliable negotiator.

Florida’s Republican leaders have reason to work together. Everyone would like to give DeSantis some early victories to help cement his support after he squeaked into office by fewer than 33,000 votes out of more than 8.2 million cast. And legislators want to distinguish themselves from their dysfunctional counterparts in Washington.

“It feels refreshed and new in the Legislature — and in particular the relationship with the new governor,” says Galvano, who is entering his 15th year in Tallahassee. “There’s a feeling of enthusiasm.”

There are, of course, land mines. Oliva has vowed to reform the state’s health care system, promising a package of changes that many senators will oppose and that will force DeSantis to choose sides between some of his earliest supporters. After years of unsuccessful attempts, Galvano wants to push through a gambling overhaul that can satisfy enough of the competing parties. DeSantis promises to make water quality a defining legacy of his administration, but he and the Legislature will have to make a number of difficult choices that could upset big campaign contributors — and then figure out a way to pay for it all.