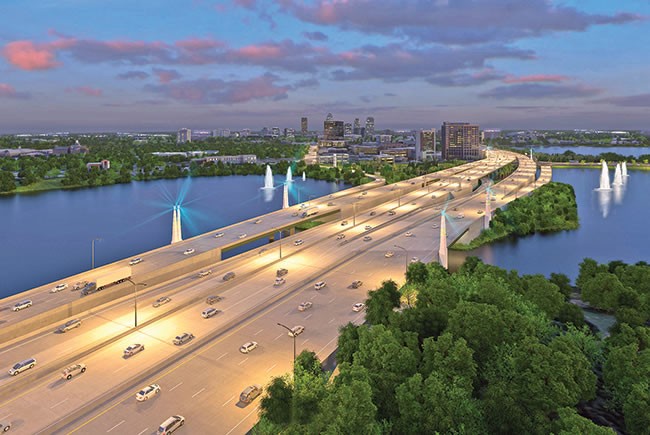 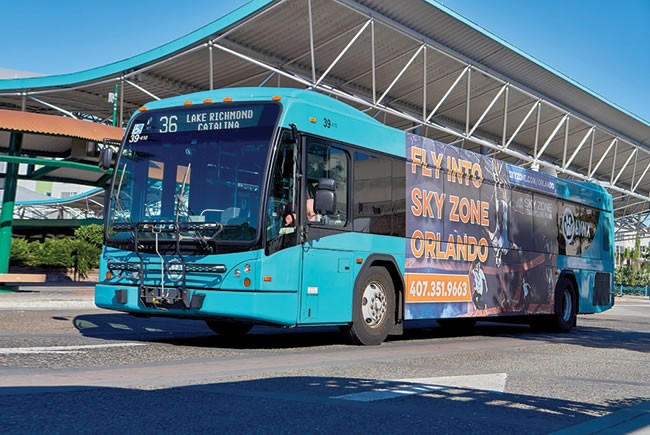 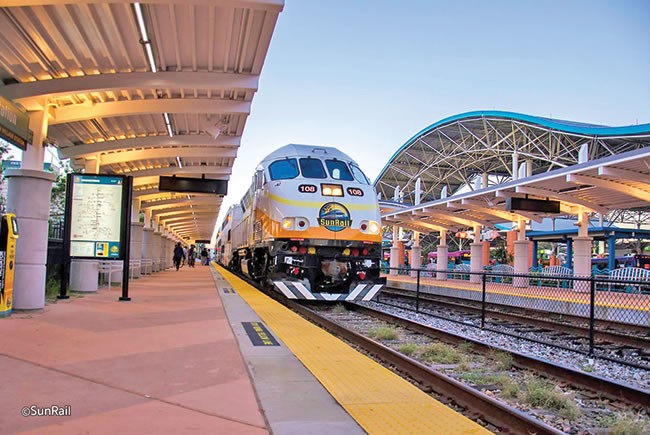 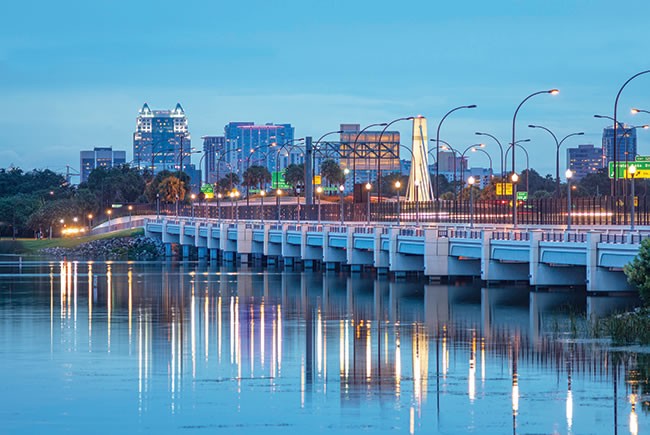 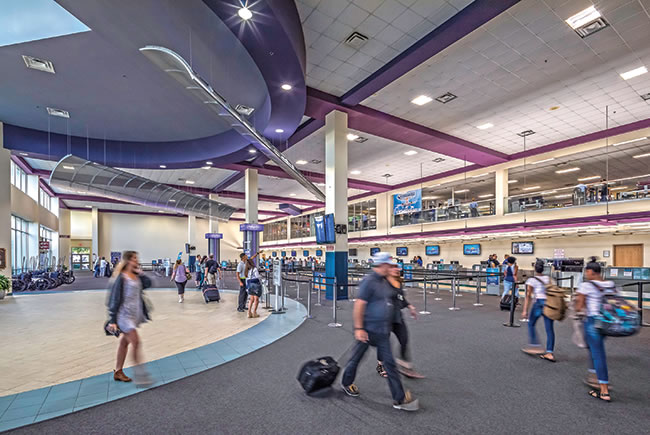 With $10 billion in current infrastructure work, the region’s theme of collaboration is perhaps most apparent — and most needed — in the transportation sector.

“Collaboration — it’s a treasure to have that in Central Florida,” says Laura Kelley, executive director of the Central Florida Expressway Authority (CFX).

“Everybody is working together to have a cohesive transportation plan. … I really think that has propelled us to move things forward, because there truly is a cooperative environment.”

Examples: As part of the vast I-4 Ultimate project — a remake of 21 miles through Orange and Seminole counties — CFX contributed $230 million to the Interstate 4

/State Road 408 interchange, despite not being responsible for the work. Also, CFX has granted key right-of-way access on its State Road 528 to Brightline’s emerging Miami-Orlando-Tampa passenger rail service.

The LYNX regional bus service now uses Lyft to assist with a “couple hundred” paratransit trips monthly. The Mears Cab Co. now is a partner, too, prompting LYNX CEO Edward Johnson to say: “You have the private sector doing this type of work, acting on behalf of a public agency. Wow, everybody is winning and we’re not competing against one another.”

Likewise, as part of its effort to “create a new gateway for Orlando,” what the Greater Orlando Aviation Authority has “tried to do is make sure everybody knows that this is the community’s airport,” says GOAA Executive Director Phil Brown.

And, as an offshoot of the overarching Orlando Economic Partnership (OEP), the Alliance for Regional Transportation has been created to serve seven counties and 86 cities. Its purpose is to champion an improved multi-modal regional transportation system through the support of private and public projects.

With such unification in place, much infrastructure work is underway.

At CFX, 60% of its roadways currently are being widened, while rights of way are being reserved for potential new transit corridors. On average, more than 1 million toll transactions are recorded daily, 85% of them electronically. Most recently, CFX introduced E-PASS Xtra, a toll transponder that works on toll roads and bridges in 18 states from Florida to Maine and west to Illinois.

The ongoing work on the I-4 Ultimate project encompasses two new tolled express lanes in each direction, along with 13 widened bridges, 74 replaced bridges and 53 new bridges, among other components. Traveling east past the Walt Disney World Resort, you can’t miss it.

Yet, in characteristic style, regional officials come to the defense of construction pains. Tim Giuliani, president and CEO of the OEP, rhetorically asks: “Would you rather be sitting on the old I-4, wondering if anything was ever going to be done? Or would you rather deal with the progress, knowing that our region has made a $10 billion investment in infrastructure so that we can continue to handle our growth and continue to add jobs?”

Another comment: “If we can’t get people in and out of the airport [using I-4], then it doesn’t matter how many flights we have in; they don’t get served,” Brown says.

At LYNX, Johnson shows his eye is on the future with this statement: “We are no longer going to be just a simple bus company. We are going to be mobility managers.”

LYNX is partnering with other transportation providers so it can remain focused on fixed routes, while those partners are utilized for alternative passenger pick-ups off the beaten path. Johnson calls such a move “thinking more creatively to be able to meet the needs of our community.”

Then there are GOAA’s plans at Orlando International Airport.

The first phase of the South Terminal Complex will feature 16 gates, with a flexible configuration that will be able to accommodate narrow body, jumbo and super jumbo aircraft. Construction is scheduled to be completed in mid-2021.

While that work is ongoing, conceptual plans already are in the works for phase two, as GOAA seeks to keep pace with growth. The final 2018 tally for passengers is expected to be roughly 47 million, although “comfortable operating capacity” is approximately 40 million passengers, according to Brown.

“Our vision ultimately is to be able to have plans ready, first conceptually and then detailed plans, as growth continues and that we can build in phases to make it economically feasible,” says Brown.

For good measure, ample growth in both passengers and commercial activity is apparent at Kissimmee Gateway and Orlando Sanford International airports, too.