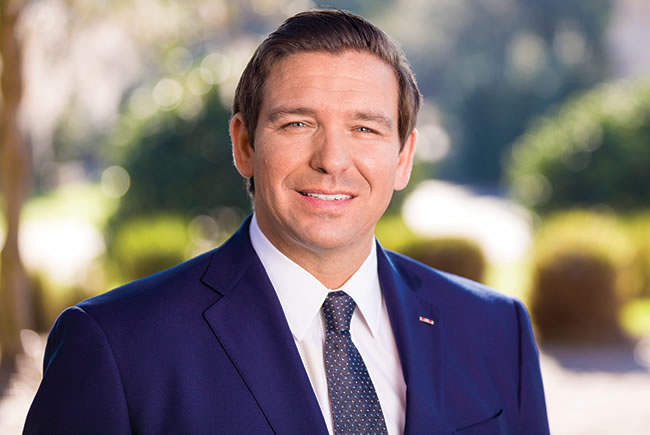 And now, the details: Here's what to expect from Florida's new governor

Ron DeSantis won the race for governor after a year-long, $100-million-plus campaign that was one of the most expensive and closely watched elections in the nation last year.

And yet DeSantis, a Republican from Northeast Florida who spent most of the past six years as a far-right member of the U.S. House of Representatives, is still very much a mystery to many Floridians. He has few established relationships in Tallahassee. He ran as Donald Trump’s candidate to beat Agriculture Commissioner Adam Putnam in the primary and then as the foil for Tallahassee Mayor Andrew Gillum’s liberal agenda in the general election.

But friends and advisers to the new governor describe the former Navy Judge Advocate General (JAG) Corps lawyer as a sharp student of policy who has a clear idea of where he wants to lead Florida. DeSantis “reminds me a lot of Jeb in his early days,” says former U.S. Sen. George LeMieux, who has helped lead DeSantis’ transition team. “He’s a big thinker.”

Some of DeSantis’ early policy goals are beginning to come into focus. There are a number of influential lobbies — doctors, Realtors, school-choice advocates — that have reason for optimism. But there are also others — sugar growers and hospitals, chief among them — that have reason to be nervous.

Here’s a closer look at what to expect as the DeSantis administration assumes power:

Two figures loomed over last year’s Republican primary race between De- Santis and Putnam. The first was, of course, Trump.

The second was Florida’s sugar industry.

DeSantis repeatedly clashed with sugar growers in Congress by harshly condemning and voting against the federal price support system for growers. The industry, led by U.S. Sugar and Florida Crystals, in turn spent millions attacking DeSantis and helping Putnam. “They came after him pretty hard in the primary,” says one DeSantis adviser. “That left a little bit of a mark on him.”

The hostility between DeSantis and sugar continued into the general election, where it prompted one of the most surprising endorsements of the campaign: The Everglades Trust’s decision to back DeSantis over Gillum, breaking with the rest of the state’s big environmental groups.

Kimberly Mitchell, the Everglades Trust’s executive director, said the endorsement came down entirely to its confidence that DeSantis would “stand up” to sugar companies.

“We spent a considerable time with all the candidates for governor. There wasn’t anyone close to Ron DeSantis,” Mitchell says. “He was willing to go where nobody else that had a shot at the governor’s office was willing to go.”

What that means is that environmental groups are expecting DeSantis to push hard to get a long-sought reservoir south of Lake Okeechobee built that can be used to restore a flow of freshwater between the big lake and the southern Everglades — and reduce the need for the discharges that have fouled the St. Lucie and Caloosahatchee rivers. Environmentalists have long accused the sugar industry of lobbying to delay and block such a reservoir in order to keep farming the land.

DeSantis, who made solving the state’s water-quality crises the central talking point of his general-election campaign, says the southern reservoir will be a top priority for his administration. “I want the reservoir online as soon as possible,” he says.

Privately, people in DeSantis’ inner circle say they expect environmental issues to be where the new governor most clearly diverges from Scott. Though DeSantis is careful to avoid saying anything critical of his predecessor, he does allow that there will be differences between the two administrations. “We’re going to have people on the water management boards that understand the issues and are going to be problem-solvers,” DeSantis says.

Supporters are a bit more blunt. “I think he will appoint the right people to the water management districts, people who will properly manage and apportion water, not to just one interest group but for everybody,” says Chris Peterson, owner of Daytona Beach-based Hell’s Bay Boatworks, which builds shallow-water fishing skiffs. Peterson has worked with De- Santis in Congress on water-quality issues.

By contrast, Peterson says “big agriculture has been overrepresented” on water management boards under the Scott administration.