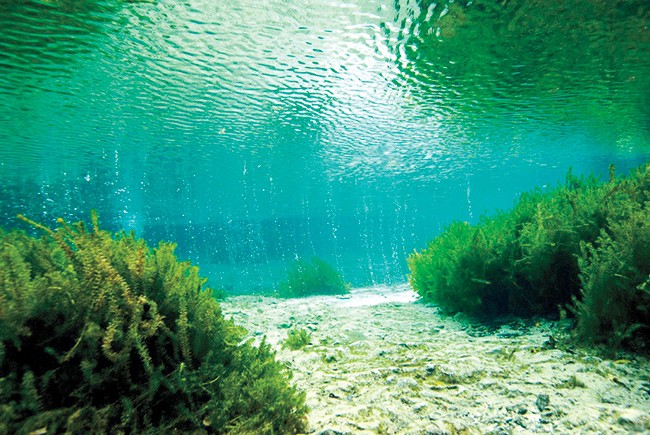 "Groundwater withdrawals are impacting water resources and related natural systems in some regions." - State Office of Economic and Demographic Research 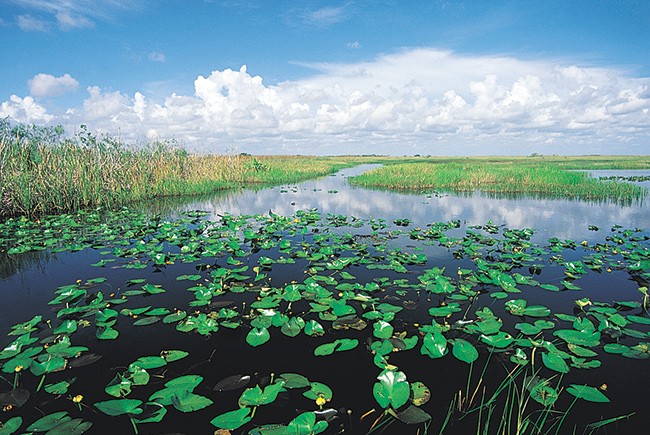 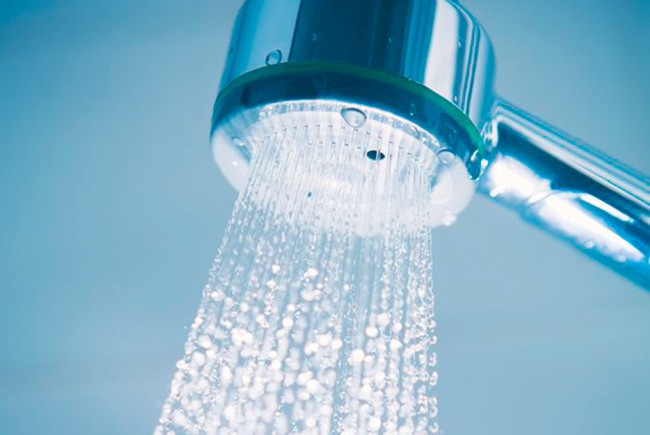 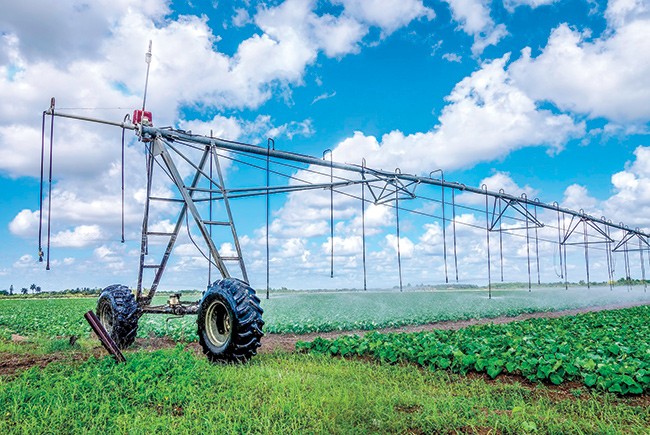 Engineer Del Bottcher says Florida's problem is that rainfall in urban areas gets washed out to the sea as stormwater. 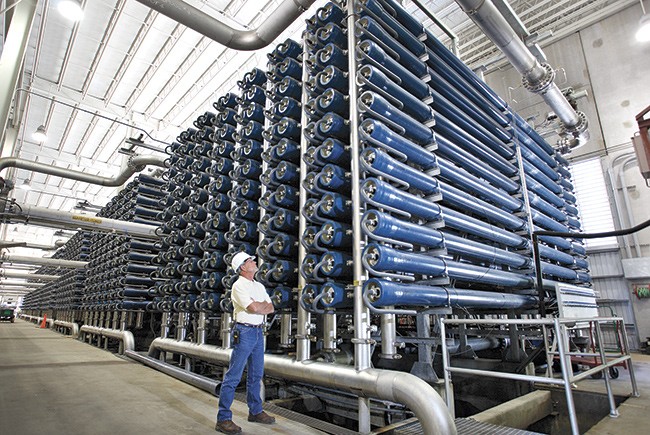 The Tampa Bay Water Desalination plant provides up to 25 million gallons of drinking water a day. 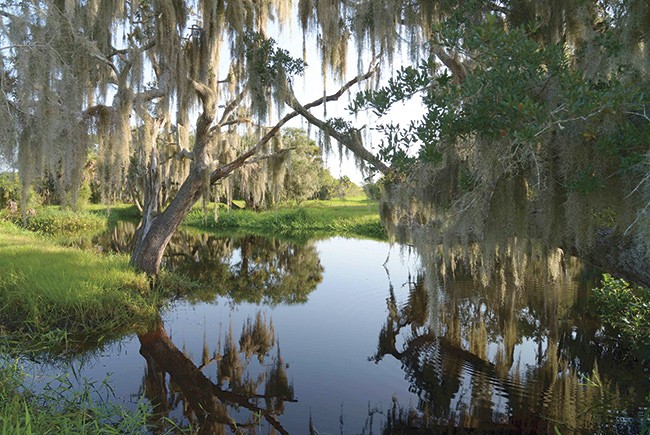 Every Florida county has publicly owned lands dedicated to conservation. 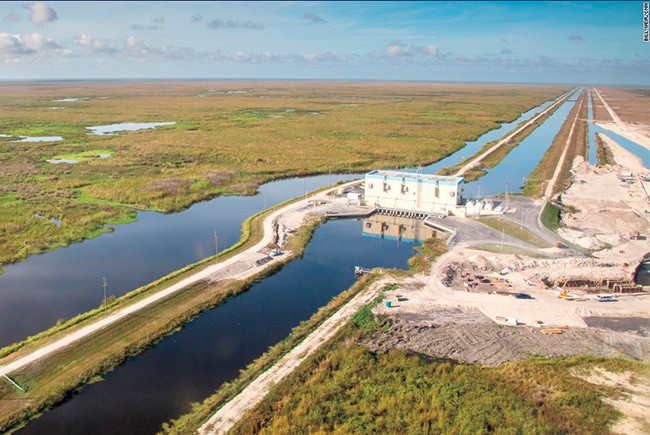 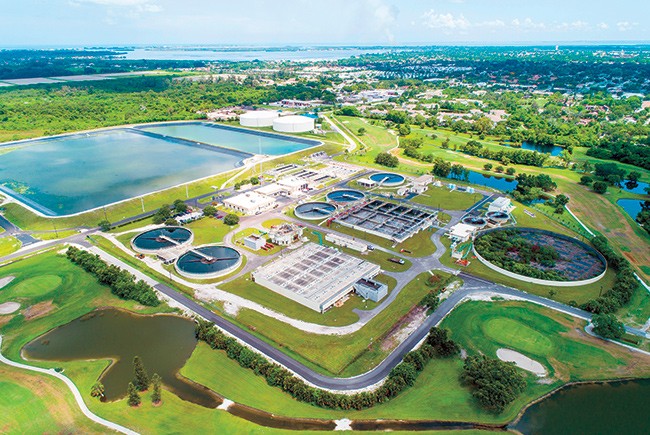 Forty-eight percent of the wastewater generated in Florida gets reclaimed thanks to sewage treatment plants like this one in Bradenton.

Florida's water future: Where is it going? Where will it come from?

Florida’s problem isn’t a lack of water, but where it is, how it’s used, where it gets dumped when we’re through with it, and how much it will cost by 2035 to satisfy farms, 5 million new Floridians — and the needs of the environment.

The good news: The state’s water management districts — the water-use regulatory bodies that cover the state — have identified enough water conservation opportunities and water supply projects to keep the water flowing in Florida through at least 2035.

The bad news: Building everything the districts have in their plans will cost billions, and then there’s the ongoing spending on energy, operations and maintenance to run them. In the 2017-18 fiscal year, the water management districts spent nearly $350 million on water supply and water quality projects and another $300 million on flood protection and natural systems.

Water will become more expensive. Nearly 90% of the water for “public supply” — residential, commercial and industrial customers served by utilities — comes from groundwater. But, the state says in a water and land use report, “freshwater withdrawals have increased to the point where they are impacting water resources and related natural systems in some regions.” Other sources — reclaimed water or brackish groundwater — will have to be considered, but water from those sources is typically more expensive to treat and deliver compared to groundwater and surface water. Desalination? The most efficient desal plants, developed by an Israeli firm, cost about $500 million to build and aren’t cheap to operate.

In the course of supplying water to consumers, “we need to not forget the environment needs water, too,” says Jennifer Jurado, Broward’s chief resilience officer. Stetson University associate professor Jason Evans says the state can keep “pumping and pumping” — but only if we “don’t care about springs, rivers and lakes. When it comes to water quality in particular we’ve moved way, way backward,” Evans says. “It has actually reached a crisis point in lots of areas in Florida.”

The state says the environment’s water needs are safeguarded in a number of ways: Permits to draw water must show there will be no harm to wetlands, lakes, springs and other water resources; regional water supply plans must protect natural resources; water is “reserved” for natural waterbodies; and minimum water flows and levels are set to prevent “significant” harm to water resources and the ecology of areas. “Florida protects its natural systems through a network of overlapping programs,” says Dee Ann Miller, spokesperson for the state Department of Environmental Protection.

Not well enough, say environmental advocates. The problems of water bodies like Lake Okeechobee and the state’s 1,090 recognized springs — the world’s biggest concentration of springs — are well documented. “We’re way past the point of pumping too much for the health of the springs,” says Robert Knight, director of the Howard T. Odum Florida Springs Institute in High Springs.

Knight says both farmers and residents use too much water. The permitted amount of water that cities can draw is twice what it needs to be because people use so much to irrigate their yards. “That’s a very silly way to use our most valuable water supply,” he says.

Already, water-related costs have become more of a factor for developers. Environmental attorney Luna Phillips says that 10 to 15 years ago, securing water supply for a project amounted to little more than checking a box on a form. No longer. “More and more the water supply of a project is more front and center,” she says. “It is sometimes an eye-opening issue for developers when they realize that this is going to take more time, more thought and a lot more money than they anticipated to be sure their developments get enough water.”