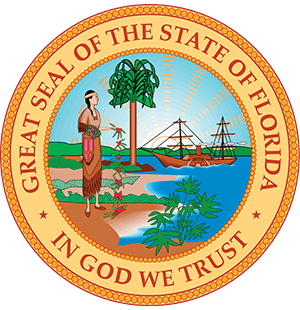 With the election just a week away, Florida TaxWatch has taken charge in focusing the attention on the transition of leadership that is to come within the next few months. This transition will involve overwhelming demands that will be placed on Florida’s Governor-Elect and the transition team. The Handbook is a unique product that is, at its core, a compilation and translation of knowledge and experience from some of the people who have been through the extraordinary and challenging endeavor that the Governor-Elect is about to undertake.

“Having gone through this process myself, I cannot stress enough how important it is to not only build a strong team, but to remember the constituents you met along the campaign trail and to incorporate their needs when framing your policy,” said Governor Bob Martinez, Chairman of the Governor’s Transition Decision Handbook Steering Committee. “I’m proud to work with Florida TaxWatch and the Handbook Steering Committee to create this invaluable resource for the next leader of this great state.”

Florida TaxWatch published the first Governor’s Transition Decision Handbook in 1998, before it was known who would win the election, and then distributed it to Governor-Elect Bush and Lieutenant Governor-Elect Brogan. It includes some perspective on key duties and functions of the Governor and the transition team, a brief synopsis of some of the key policy issues that face your administration, and – maybe most importantly – advice directly from past office-holders, from Governors and Lieutenant Governors dating back to the 1970s and other state leaders.

“Transition of power from one governor to the next will help determine how Florida will continue to make progress towards its goals. There’s no better time than the transition for a Governor-Elect to set the stage for how he will lead the Sunshine State,” said David Mann, Chairman of Florida TaxWatch. “The Governor’s Transition Decision Handbook is a one-of-a-kind resource that only an organization like Florida TaxWatch could put together.”

“I am proud to be able to release and present the Governor’s Transition Decision Handbook for the fourth time,” said Florida TaxWatch President & CEO Dominic M. Calabro. “The input we have received from governors, reaching all the way back to Farris Bryant, is invaluable and we hope that Florida’s next governor takes both their suggestions and advice to heart, as well as the policy guidance that this Florida TaxWatch research report offers as they prepare for their first term as governor.”

Excerpts from the Handbook

Please find below select quotes from Florida governors who have shared their thoughts and advice with their successors through the Governor’s Transition Decision Handbook:

“As you take office, remember that each new job created is an opportunity for a Florida family to live the American dream. With record tourism and the lowest unemployment rate in more than a decade, Florida continues to be the best place in the world to live, learn, work, play and do business.”

“There is no greater testament to our nation’s democracy than the people’s ability to choose their leaders. The people of Florida have spoken, and they have chosen you to serve as Florida’s chief executive for the next four years. In return, you must fulfill the sacred trust to ‘protect and defend the Constitution of the Unites States and the Constitution of the State of Florida.’”

“…establish aspirational goals – and then create a plan to achieve them. People want to be inspired to greatness and setting a lofty expectation organizes them around a common purpose. But people also want that goal to be realistic, meaningful and achievable. Success is never final, and reform is never finished. Most often, it doesn’t come easy. You need to work at it every day.”

“Set your own priorities. Create a disciplined way to set aside blocks of time to talk about major strategic issues. Creating this for the transition will also serve as a good method to carry forward into the administration.”

“As you face difficult decisions, it is vital that you listen with an open mind and consider all perspectives before you act. You can learn from everyone. I have often learned more from my critics than those who offered me only praise.”

“Don’t forget the memories of meeting people just because you won the election. The question is now, how do you frame your policy and advocate those things that are important to the people of Florida. The incoming Governor should pay attention to the instant news capability that now exists. The demand for information has increased so much, and with this, the demand for accurate information has also become more critical, both in releasing and receiving information.”

“Make full use of tour Lieutenant Governor. His knowledge, his experience, his expertise, his relationships in government and with the public are invaluable.”

“Be on guard to carefully select the people who will serve you and Florida. Many people worked very hard to help you succeed. You owe them your sincere gratitude, but you do not owe them a position in your administration. The skills that helped make a successful campaign do not necessarily translate to skills required to govern.”

“Watch the expectations you create. The campaign is over and you will need to start from scratch.”

“If you personally remember to ‘love’ all the folks of Florida every day … chances are … one day, they will ‘appreciate you!’”

“…make a clear distinction between your obligations to your friends (which are great and honorable) and your oath of office (which is superior).”

As an independent, nonpartisan, nonprofit government watchdog & taxpayer research institute for nearly forty years, the trusted eyes and ears of Florida taxpayers, Florida TaxWatch, works to improve the productivity and accountability of Florida government. Its research recommends productivity enhancements and explains the statewide impact of fiscal and economic policies and practices on citizens and businesses.

Florida TaxWatch is supported by voluntary, tax-deductible donations and private grants, and does not accept government funding. Donations provide a solid, lasting foundation that has enabled Florida TaxWatch to bring about a more effective, responsive government that is more accountable to, and productive for, the citizens it serves since 1979. For more information, please visit FloridaTaxWatch.org.