Plinske has been one of Valencia College President Sandy Shugart's top deputies since 2010. 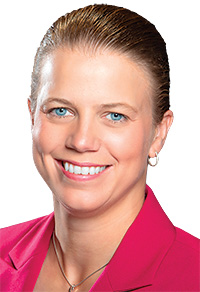 Next in line? Profile of Kathleen Plinske

Longtime Valencia College President Sandy Shugart hasn’t indicated when he might retire, but Kathleen Plinske has emerged as his likely successor.

Plinske was named executive vice president and provost, a new position for the Central Florida school widely recognized as one of the top community colleges in the nation. The promotion makes Plinske the No. 2 administrator.

Plinske has been one of Shugart’s top deputies since arriving at Valencia in 2010 from McHenry County College in Illinois. As president of Valencia’s Osceola, Lake Nona and Poinciana campuses, she helped raise Osceola’s college-going rate from 40% in 2010 to 49% in 2015. The county had lagged the rest of metro Orlando in the rate of high school students going to college.

She also supported the launch of five new associate in science degree programs at the Osceola and Lake Nona campuses and served as principal investigator for the $3-million National Science Foundation grants aimed at increasing enrollment from underrepresented student demographics in STEM degree programs.

“Dr. Plinske is one of the brightest young leaders in American higher education,” Shugart said in announcing the appointment. “And I have great confidence that she will bring to this new role the kind of innovations and insights that have made her an outstanding leader at our Osceola, Lake Nona and Poinciana campuses.”

Read more from the November issue