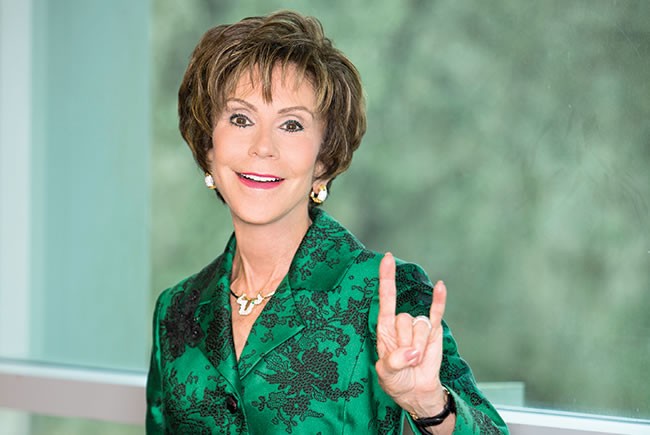 Genshaft has a reputation as a tireless booster of USF. At public events she typically wears green, the school’s color, and often gives the “bullhorns” hand gesture when photographed. Her office is decorated with bull knickknacks from around the world. 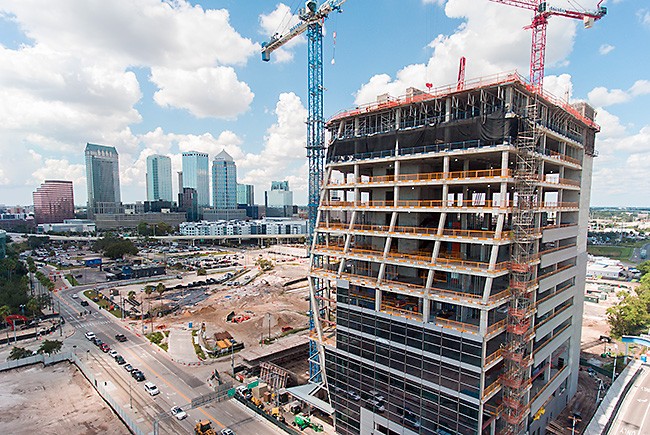 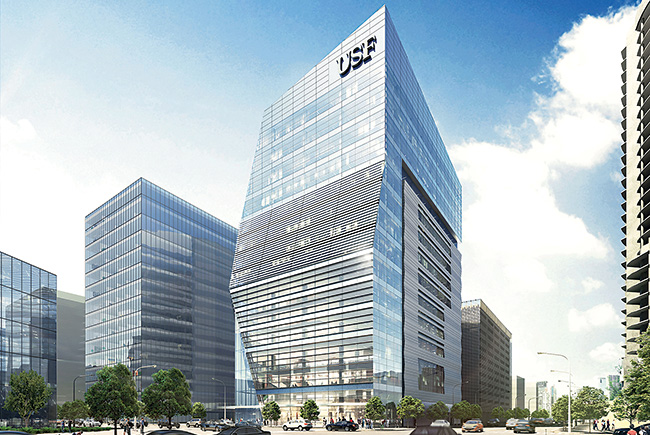 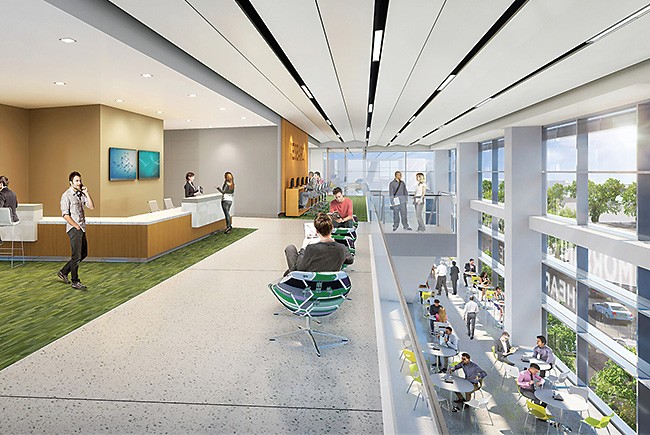 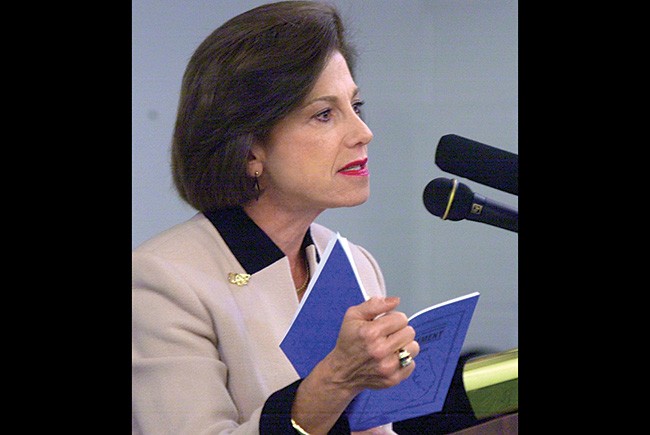 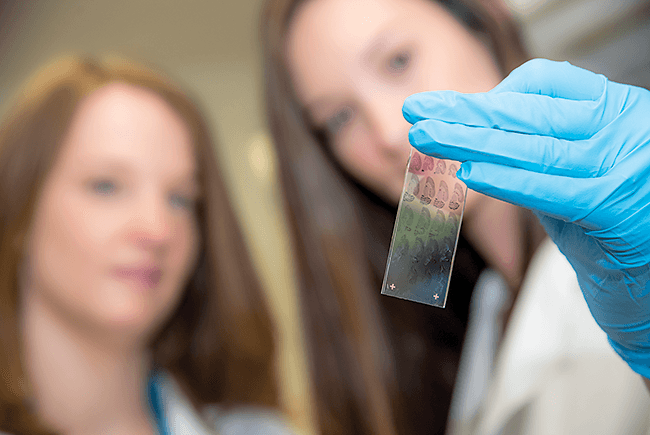 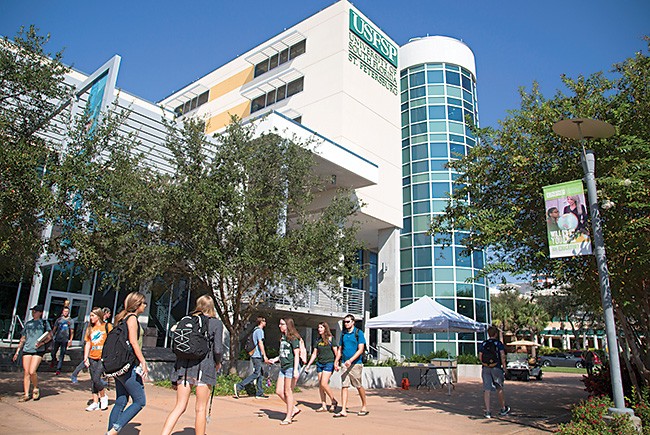 One issue during Genshaft’s tenure: Satellite campus USF St. Petersburg and how independently it should operate from the main USF campus in Tampa. Earlier this year, the Legislature voted to merge all of USF’s branch campuses under a single accreditation. 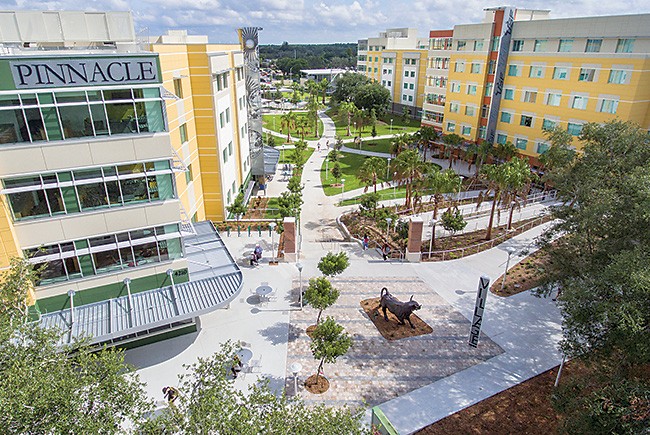 USF’s expansion has included a new residential “village,” with five dorms, a recreation facility and dining hall at the main campus in Tampa.

USF President Judy Genshaft will retire next year after moving the school to ‘pre-eminent' status.

Earlier this year, Rick Homans, president and CEO of the Tampa Bay Partnership, assembled a group of Tampa Bay business leaders to discuss ways to ensure that local college students end up with the skills employers need. The meetings are meant to give local business leaders a voice in suggesting new educational or training programs.

To co-chair the group, Homans picked Judy Genshaft, who has been active in regional economic development efforts throughout her 18-year tenure as president of the University of South Florida.

Genshaft knew how to play the game. After Homans jokingly worried aloud about educators “dominating the conversation and being defensive” and suggested that Genshaft place duct tape over her mouth, she began virtually every meeting by pretending to tape her mouth shut.

“I try to sit quietly and listen and not say, ‘Oh, we already do that,’ ” Genshaft says. “I truly believe that as the president of a public university, it’s my responsibility — and actually I enjoy it — to work with the community on making sure we have as talented a workforce as possible and to grow our economy.”

Genshaft, who also has been a board member for American Momentum Bank and chair of several economic development groups, including the Greater Tampa Chamber of Commerce and the Tampa Bay Partnership, comes by her business savvy naturally.

She grew up in Canton, Ohio, where her father, Arthur, landed at age 12. He and his family immigrated from Russia during the 1920s, eager to escape anti-Semitism and pogroms. Genshaft’s mother, Leona, was born to Russian immigrant parents in Canton. Both families “came over with nothing. Nothing, nothing, nothing,” Genshaft says.

Arthur was young when his father died, and he became responsible for his mother and two younger siblings. He gave up his ambition to become a doctor and started a meat-processing firm, Superior Provision, that he grew into one of the largest producers of bacon, sausage and hotdogs in the Midwest.

Genshaft remembers her parents hosting dinner parties with grocery executives and suppliers. “I just thought it was normal to be around all different kinds of people,” she says.

Genshaft began working at the family business at age 14, doing secretarial tasks. Over time, she became heir apparent, along with her older brother, Neil.

Her father, she says, always hoped she’d stay at the firm. “When I got my baccalaureate degree, he said I could be the personnel manager,” she recalls, laughing. “Then, I got my doctorate and he said, ‘Ok, Ok, you’ll be vice president.’ ”

Arthur died of cancer in 1979, and Neil took over the business, now called Fresh Mark. By then, Genshaft had gone her own way, not wanting to be thought of always “as my father’s daughter or my brother’s sister,” she says.

When she started classes at the University of Wisconsin-Madison in 1965, Genshaft considered a career in journalism — until a male professor in the department wondered why she was even at college. “ ‘What are you thinking? You’re going to have a family and never work, so why are you here?’ ” she says the professor asked her.

Genshaft quickly chose another line of study. “That settled that,” she says.

After earning a degree in social work she returned home to Canton, where she found a job in a mental health center. After a year, she felt she could make more of a difference by working in education. She got her master’s and Ph.D. from Kent State University and became an assistant professor at Ohio State University.

Early on, she sought advice from Kathryn Schoen, then the only female vice president at Ohio State. Schoen encouraged her to achieve tenure and then pick committee assignments strategically, choosing only those that would bolster her career.

Genshaft has followed that lesson throughout her academic life.

As USF’s president, she represented the Big East Conference on the NCAA board of directors. Initially, colleagues steered her toward joining the committee on women’s athletics. But a top NCAA executive told her that if she hoped to rise to a leadership position, she should start with the more influential finance or strategic planning committees. In 2010, she became the first woman to chair the NCAA Division 1 board.