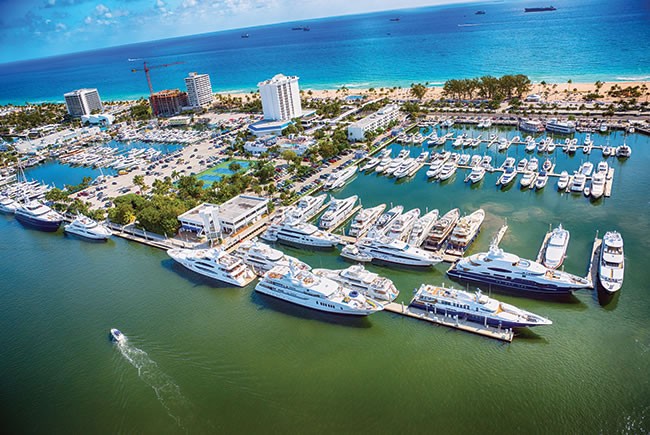 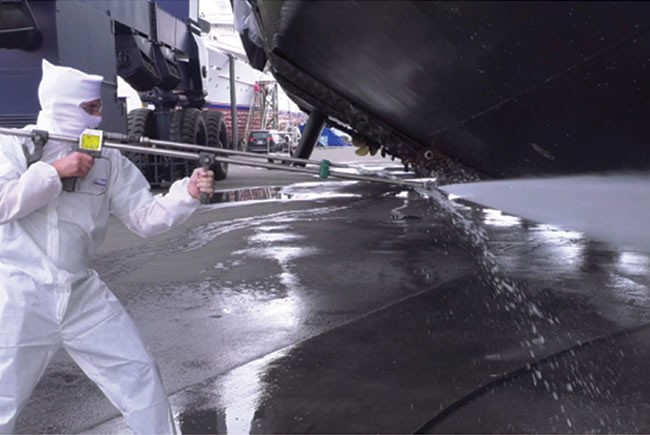 When people envision Greater Fort Lauderdale's connection to the ocean, they often see beaches. But big business plies the waters, too.

On the Intracoastal Waterway, the annual Fort Lauderdale International Boat Show’s 1,500 exhibitors and 105,000 international visitors contributed $857 million to the state’s overall economy including

$100 million a day in the five days of the show, from hotel rooms and restaurants to transportation and the sale of yachts. Then there’s ongoing service and sales, including the purchase of pleasure craft by people relocating to South Florida.

The boat show and its spin-offs are just part of a $11.5-billion industry that employs some 136,000 people across the region, from tradesmen and crew to accountants to lawyers to bankers. South Florida represents about one-third of the nation’s $37-billion boating industry.

This water-borne industry includes the burgeoning marine repair and refurbishment segment, based prominently along Fort Lauderdale’s “Marina Mile,” that lures vessels from around the globe for service, refurbishment and upgrades.

The marine industry also thrives well beyond the reaches of the Atlantic Ocean and Intracoastal Waterway. Fresh water lakes, canals, the aquifers that provide residents’ drinking water and the Everglades “River of Grass” feed a robust fishing and pleasure boating category.

Realizing the importance of a healthy ocean to this multibillion dollar sector, area universities and business leaders in 2017 launched the Marine Research Hub. Oceanography programs from Nova Southeastern University, Florida Atlantic University, Florida International University and the University of Miami now share their research, whether it’s grafting coral, using shark skin to stop the spread of MRSA or exploring how deep-water sponges can fight pancreatic cancer. The goal is to help commercialize and monetize their research and create more marine and science jobs.

The industry also is a significant global marketplace. The Broward County Foreign Trade Zone Board and Fort Lauderdale’s FTZ No. 241 in 2016 collaborated to create a 13-site foreign trade subzone in Fort Lauderdale dedicated to the recreational boating industry. This designation allows marinas, marine supply stores and boatyards to defer, reduce or eliminate duties on foreign products and shields them from duties by U.S. Customs and Border Protection.

“We’re the pier of North America, connecting our marine industry to the Bahamas, Latin America and Europe,” says Philip Purcell, CEO of the Marine Industries Association of South Florida. “The boating industry is the subconscious backdrop to people who say, ‘I want to live here.’”

“Salty Jobs” Spotlights Marine Careers
As the director of development for the Marine Industries Association of South Florida, Sean Smith would visit area high schools and ask students what they knew about jobs in the marine industry. He mostly got blank stares. Surprised, Smith, 30, set about changing that reaction.

After all, starting salaries of welders, diesel mechanics, painters, electricians and other marine tradesmen outpace those of many graduates from four-year schools, and wages are about 28% higher than the state average.

Realizing that millennials like him were drawn to video, Smith decided to try to capture their attention and imaginations. And “Salty Jobs” was born. It’s similar to “Dirty Jobs," Mike Rowe’s show that explores jobs few know about outside the respective industries.

Today, Smith and his team produce short videos profiling careers and daily lives of marine industry tradesmen. What once were blank stares from kids who stigmatized the marine trades now are eyes open to possibilities. “Suddenly you start to paint a career path they can visualize.”