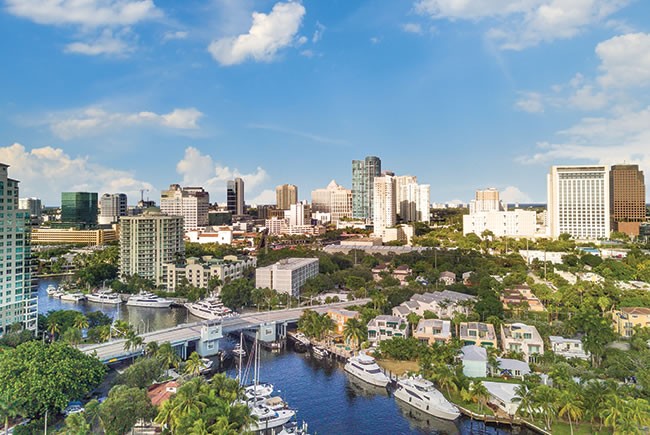 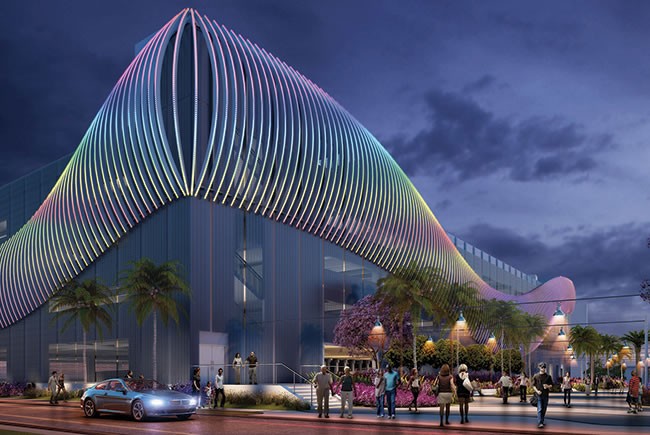 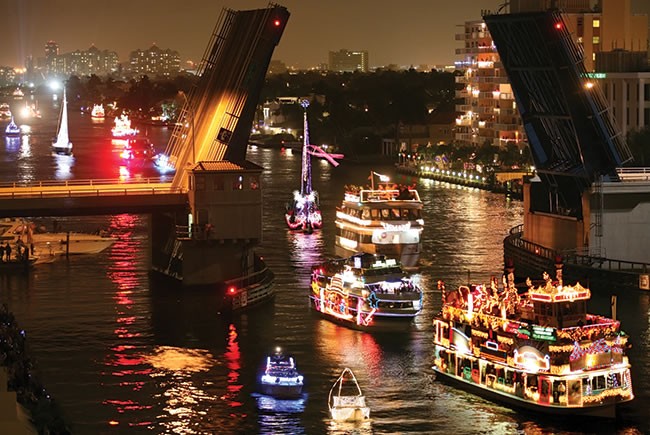 The two sites — one near the Atlantic, the other on the edge of the Everglades — were separated by 10 miles and three decades of dynamic business growth.

“When we started, Commercial Boulevard was a two-lane road and there was nothing west of 441,” says Keith Koenig, who joined the company as a college graduate in 1972, and as president (Kevin passed away the day after their Tamarac location’s opening.) today oversees 26 City Furniture and Ashley Furniture HomeStore banners and 1,600 employees across southern Florida. “Fort Lauderdale has been an amazing place to grow a business.”

Wherever you look, Greater Fort Lauderdale is at work. In 2017, Broward County created 17% of Florida’s new jobs, though it accounts for only 8% of the state’s population.

Many of those jobs are in business sectors targeted by the Greater Fort Lauderdale Alliance, the county’s official public/private partnership for economic development. Leaders are targeting growth in the marine, aviation, aerospace, global logistics, headquarters, life sciences, manufacturing and technology sectors.

Construction workers are building some 6,500 hotel rooms and condominium residences countywide. Tourism continues to grow, as does the world-renowned marine industry, which employs thousands and generates about $9 billion in annual revenues, including $50 million in economic impact from the annual Seminole Hard Rock Winterfest Boat Parade.

Business leaders and area executives credit the area’s kindergarten through postgraduate educational system for nurturing and training a skilled blue- and white-collar workforce. Of a regional population of more than 6 million, some 375,000 are college and university students — a central point in the region’s competitive pitch for Amazon’s second headquarters.

The much publicized Brightline commuter rail service has connected South Florida’s “tricounty” region of Miami-Dade, Broward and Palm Beach counties. From commuters to executives seeking quick passage between the three county seats, to tourists exploring the region, the brightly colored trains whisk passengers along the route at 80 mph or more — in air-conditioned and WiFi-enabled comfort. A non-stop West Palm Beach-to-Orlando run is planned; Tampa is a possible stop.

“It’s giving us commuting options we didn’t have before,” says Sandy-Michael McDonald, the county’s director of economic and small business development.

Across Greater Fort Lauderdale, successful entrepreneurship is conspicuous by its dollar signs. Home-grown construction software company e-Builder was acquired for a reported $500 million in February 2018. E-commerce pet supply company Chewy.com was acquired by PetSmart for a reported $3 billion. Meanwhile, Magic Leap, the augmented reality startup, landed some $2.3 billion in funding before ever producing a product.

Not to be overlooked, Funky Buddha Brewery in Oakland Park was acquired in 2017 by Corona parent Constellation Brands for a reported $900 million.

“What we have is a truly well-balanced community,” says Bob Swindell, president of the Greater Fort Lauderdale Alliance, which visits hundreds of companies each year and assists with access to capital, workforce training opportunities, permitting and site location. “We have a great environment to conduct business ... but on the other side, we are a community that offers a lot for your workforce.”

What does all this mean to business owners and their employees? Greater Fort Lauderdale lives “Life Less Taxing.” The slogan is more than a motto. Created by Zimmerman Advertising, another former local start-up that today is one of the nation’s top advertising agencies, “Life Less Taxing” epitomizes a simpler way of life.

“Life Less Taxing is dealing with everyday life issues, those things we take for granted that are easier to do in Greater Fort Lauderdale,” says Ed Pozzuoli, CEO of law firm Tripp Scott. “People come here with a sense of optimism and purpose. The weather, the business atmosphere, the tax and regulatory structure make quality of life that much more friendly and collegial.”

With billions of dollars invested in residential, hospitality, travel, arts and entertainment and much needed infrastructure improvements, Broward County and its 30 municipalities are luring families, corporations and ever increasing numbers of tourists from the region and around the world.

“When I grew up, it was a pretty simple life,” says Koenig, who has lived in the same west Broward home since 1985 and whose son and son-in-law are being primed as the next generation of leadership at City Furniture and in Greater Fort Lauderdale’s civic community. “Florida has changed, but it’s now a vibrant and exciting place to live."


Historic Boulevard, Modern Makeover
The Las Olas Boulevard beachfront corridor is getting a dramatic makeover that will help connect the city to its Atlantic waterfront. The $49.3-million project includes a canopy, interactive water features, architectural landscaping, streetscaping and a new beachfront park. The centerpiece will be a stainless steel and aluminum wrapped parking structure. Designed by architecture and urban design firm EDSA Inc. and built by Skanska USA, its amenity deck will offer views of downtown Fort Lauderdale, the Atlantic and the Intracoastal Waterway. It is expected to be completed by summer 2019.