The El Coqui, named after a frog native to Puerto Rico, has space for up to 2,400 standard 20-foot container units and can go up to 22 knots, cutting Crowley's travel time to San Juan from six days to less than three. The ship, which also can carry up to 400 vehicles, is powered by liquefied natural gas. 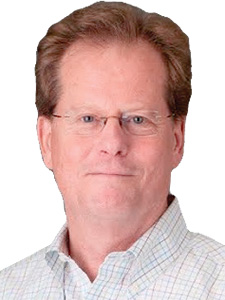 Jacksonville-based Crowley has turned to LNG, which is cleaner than diesel fuel, to help meet stricter global limits on ship emissions as far out as 2050, says John Hourihan, senior vice president and general manager for Crowley Puerto Rico Services. The company estimates the ship’s use of LNG will cut carbon dioxide emissions by 35% per container moved.

“LNG by its nature satisfies all current and future regulatory changes,” Hourihan says. “In one fell swoop, you’re that far ahead of the game in terms of compliance.” Eventually, the El Coqui and its sister ship, Taino, will replace five diesel-powered, tug-barge combination vessels. The Taino, which is being built by VT Halter Marine in Pascagoula, Miss., also will run on LNG between Jacksonville and San Juan.

In all, Crowley is spending more than $550 million to upgrade its Puerto Rico shipping service, including major improvements to its San Juan terminal. Meanwhile, Crowley also has partnered with Eagle LNG to create a refueling station at JaxPort for the LNGpowered ships.