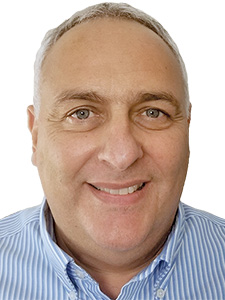 Employers claim a need for foreign workers for everything from pilots to pilates instructors.

Employers claim a need for foreign workers for everything from pilots to pilates instructors.

Federal law allows a U.S. employer to hire a foreign worker on a permanent visa if the employer can show that it can’t find a qualified U.S. worker with the needed skills. The visa puts the foreign workers here securely — and also on the path to citizenship if they seek it.

Of the 3,657 jobs certified here in a recent year by the U.S. Department of Labor as qualifying for a permanent hire from abroad, 1,152 were in software development, computer system analysis and computer and information systems management.

In many instances, firms already have an employee with a temporary visa whom they want to keep. “Especially these STEM kids are in very high demand,” says Michelle Canero, of Canero Immigration Law, a Miami firm founded by her mother 20 years ago that’s among those handling the largest number of certification quests in Florida. “Once an employer has one of these students working for them, they tend to be the ones doing a labor certification,” she says.

Among the other requests for certification, however, were non-STEM jobs for which companies said they could find no qualified U.S. candidate: a $37,000-ayear bookkeeper in Doral, a $23,000-ayear music ministry director at a Tampa church, a $38,000 kindergarten teacher in Hillsborough, a $37,000-a-year Pilates instructor in Doral, a $21,000-a-year nanny in Miami.

“A skill is a skill, and if it’s needed here there’s usually a way to get a visa,” says Fort Lauderdale attorney Tom Loffredo, who is part of GrayRobinson’s labor and employment practice.

Last year, Peter Rosenfield’s The Tennis Team, a business in Windermere that runs a youth tennis academy at private school Windermere Prep, filed for government certification to hire from abroad. The business said it couldn’t find a qualified and willing “elite junior tennis player coaching professional” in the United States to hire.

“We wish we could employ everyone from the United States. It’s really frustrating and very costly,” Rosenfield says. Rosenfield’s business, after hiring an attorney to help it document its case and steer the process, received certification from the U.S. Department of Labor in January that it, in fact, couldn’t find a U.S. worker to take its $59,580 a year job. “We like to think we’re paying our coaches well,” Rosenfield says. But finding the person with the right skills — “if you want to sell a quality product you need quality people” — willing to work all year in Florida is hard. “It can be very brutal if you work outside. Ask any roofer.”

As of August, Rosenfield was still waiting for the governmental gears at other agencies to turn out an actual visa granting a new hire an employment-based green card and the road to citizenship. That’s difficult for his business, his job prospect and himself. “Emotionally, it has been tough. I’ll be honest with you.”

Getting a certification from the Labor Department entails negotiating a lawyerrequired thicket of regulations, spending thousands on attorney fees, advertising in print media, publicizing the opening on state job sites, proving the employer has the wherewithal to pay the worker and other tests. A required interview at the local immigration office can take more than a year to schedule. The prevailing wage that can be offered is set by the Labor Department, not the employer.

Once the Labor Department certifies that the employer has met the tests, the decision whether to grant a permanent visa lies with the U.S. Department of State.

Attorneys differ on whether such visas are proving harder to get but agree they are getting more scrutiny under the Trump administration. Don’t bother trying to get even a distant family member in via the permanent job visa program. “You can bet your bottom dollar it’s going to be audited, significantly delayed and most likely denied,” says Gunster immigration lawyer Mariana Ribeiro.

Some say the system can be abused by people who want to bring in a particular foreign national and create obscure job skill sets targeted to that person. While many certification applications can be justified, “I do think the system is being gamed,” says Matthew O’Brien of the Federation for American Immigration Reform, a Washington-based group that advocates for merit-based immigration. “I think the Trump administration is taking steps to kind of tighten this up.”

Charts on the next page of Top Five Occupations, and Employers Seeking Foreigh-born Workers.