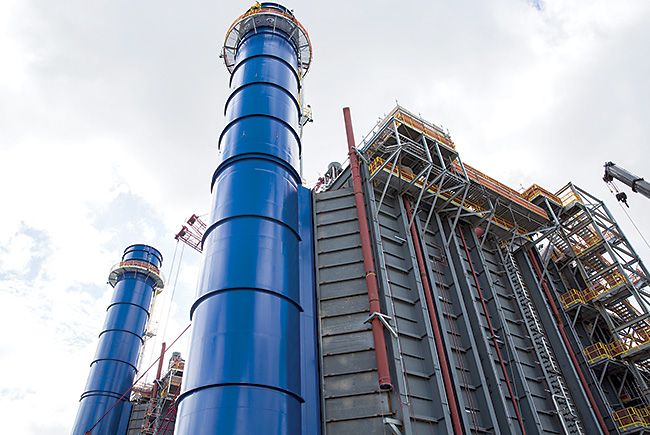 The combined-cycle natural gas plant will employ between 50 and 75 when full operational. The two coal-fired units it will replace employ 50.

Cleaning up: Duke is on the verge of replacing two coal plants with a natural gas plant

Next month, after more than two years of construction, Duke Energy is scheduled to open its $1.5-billion combined-cycle natural gas plant near Crystal River in Citrus County. The plant, which will serve an estimated 1.8 million customers in 35 Florida counties, is part of Duke’s move away from coal. When the plant opens, two of the company’s Crystal River coalfired units will close.

“By investing in the Citrus plant, sulfur dioxide and other emissions are expected to decrease by 90% compared to the Crystal River coalfired units, which were built in the 1960s,” says Heather Danenhower, a Duke communications manager.

The combined-cycle plant, which is expected to open in two phases and generate 1,640 megawatts of electricity by the end of this year, captures hot exhaust and gases that are a byproduct of creating electricity. Rather than releasing the gases into the atmosphere as is common in simple-cycle plants, it reuses the hot exhaust and gases to make more electricity. Duke is using similar technology at two other natural gas plants — a 750-megawatt, $700-million plant in South Carolina that opened in April and a 560-megawatt, $893-million plant in North Carolina set to open next year.

Duke is also bolstering its solar portfolio in Florida, with a goal of adding 700 megawatts of solar capacity over the next four years. Last year, Duke completed an 8.8-megawatt, 44,000-panel plant on 70 acres in Suwannee County, and it also has a plant underway in Hamilton County, where it’s installing about 300,000 panels on 565 acres. That plant, located in Jasper, will produce 74.9 megawatts of electricity, enough to power about 20,000 homes.

The company also announced plans in July to build another 74.9-megawatt solar facility, this one on 580 acres in Fort White, Columbia County. The plant, expected to be operational in early 2020, will have about 245,000 solar panels. Duke says it will produce enough electricity to power 20,000 homes at peak production.

CenterState Bank and South State Bank have agreed to an all-stock merger that, if approved by regulators and shareholders, will create the eighth-largest bank headquartered in the Southeast.

There remain concerns among those supporting restoration of Miami Marine Stadium that millions of dollars may be wasted if the Miami International Boat Show continues to control the city-owned property in the peak tourist season.