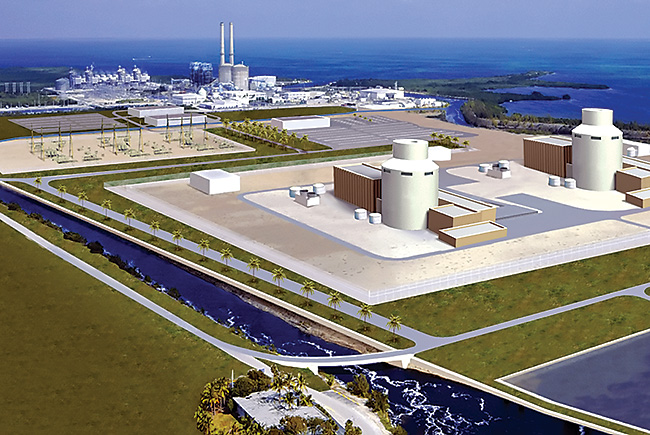 FPL moves forward with plans for two nuclear reactors that might not be built.

But the reactors probably won’t be built. Florida’s largest utility, a subsidiary of Juno Beachbased NextEra Energy, says it’s evaluating market conditions and progress on similar plants elsewhere to decide “when, if at all,” it will add the two reactors, which would cost as much as $21.9 billion. The company says it won’t decide for at least four years.

FPL announced plans to seek licenses for the nuclear units in 2006 and submitted its application in 2009. With the Public Service Commission’s approval, FPL began charging its customers for planning, designing and engineering the proposed reactors — which is typically how such work would be funded in some states. The U.S. Nuclear Regulatory Commission took until this April to give the go-ahead for the combined construction and operating licenses for two reactors. Meanwhile, costs for solar energy and natural gas have plunged, while controversy has surged over FPL’s existing Turkey Point operations.

Critics want FPL to shelve its nuclear expansion plan and stop charging ratepayers to cover the costs — now, hundreds of millions of dollars.

Nonetheless, PSC Chairman Art Graham says it is reasonable for FPL to continue with the plans. He told reporters last October: “We’ve come this far, you need to have that option on the table.”

Meanwhile, FPL is asking regulators to extend licenses for its two existing Turkey Point reactors for another 20 years, through 2052 and 2053.