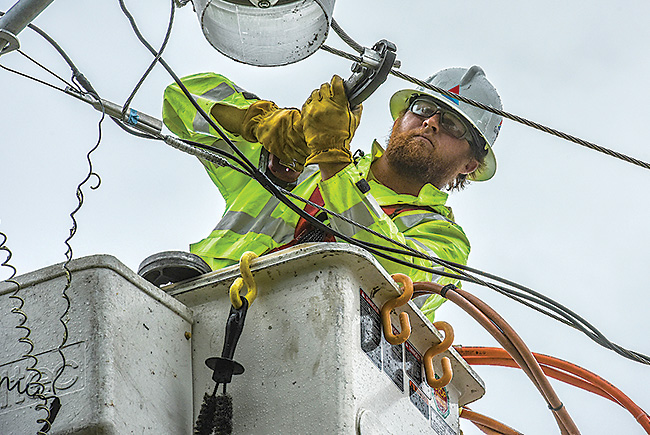 Gulf Power employees and customers await announcements from NextEra about the company's strategy in Northeast Florida.

While NextEra, parent company of Florida Power & Light, says Gulf Power will remain “the customerfacing brand,” it is not revealing what impact, if any, the sale may have on Gulf’s nearly 1,300 employees and 462,000 customers. NextEra, the third-largest public utility in the U.S., has some 14,000 employees and more than 5 million accounts. It’s highly rated for reliability, and rates for its other customers in the state are lower than what Gulf customers pay.

“What’s important to know is that Gulf Power will remain Gulf Power, continuing to be headquartered in Pensacola,” says NextEra spokesman Rob Gould. “Beyond that, no decisions have been made.”

Southern’s annual 10k filings with the Securities and Exchange Commission show the company’s 2017 net income of $842 million is down from more than $2 billion in each of the previous two years. Meanwhile, Southern is laboring under huge debts driven in large part by cost overruns on the $25-billion expansion of its Georgia nuclear Plant Vogtle and at Southern’s new gas-fired power station in Mississippi, originally estimated at $2.3 billion but now at $7.5 billion.