For this report, Airbnb compiled data for the 32 Florida counties officially designated as “rural” by the Florida Department of Economic Opportunity. That map can be found here and at the bottom.

The 110% growth rate of Airbnb guests to state-designated rural Florida counties nearly doubles the growth rate to urban counties. The data is indicative of an increasing desire among travelers to get off the beaten path and experience all of Florida, not just the big cities or traditional vacation hubs.

This report comes on the heels of new data demonstrating that the Florida hotel industry is booming, reporting record rates of hotel development, total hotel rooms available, hotel room nights sold, hotel occupancy rate, and hotel room revenue. Yet the vast majority of Florida’s hotel inventory is centralized in the large metro areas and well-known beach towns. This leaves large swaths of rural Florida with very limited traditional lodging options -- and sometimes none at all.

As such, home sharing has allowed homeowners in rural regions throughout the state to fill that void and earn valuable supplemental income while opening up their counties to tourism and the revenue that comes with it. For example, Wakulla County is home to just three hotels according to Hotels.com, yet the local Airbnb host community has helped the county take full economic advantage of its growing popularity with visitors, with 205% year-over-year guest growth over the past year as local hosts earned a combined $276,000 in income. Similarly, Gulf County -- also home to just two hotels according to Hotels.com -- is an increasingly popular destination for Airbnb guests. Local homeowners helped catalyze the local economy by hosting 4,700 guests in the past year to the county, earning over $1 million in supplemental income in the process.

"Delivering tourism -- and the revenue that comes with it -- to rural Northern Florida has been a longstanding goal," said State Sen. Bill Montford, whose district includes 10 of the rural counties adjacent to Tallahassee. "When that tourism is delivering hundreds of thousands of dollars into the pockets of working-class Floridians in the process, that's even better."

"The agricultural communities I represent are hungry for economic development," said State Rep. Ben Albritton, whose district includes the heart of DeSoto County and Hardee County. "Opening up these counties to people-powered tourism is putting valuable extra income into pockets of homeowners and hopefully will encourage more small businesses to invest in rural Florida."

Below outlines the state-designated rural counties with the most economic activity over the past year.

Additionally, in three counties that are technically state designated as urban, over 50% of the local Airbnb hosts live in areas that are census designated as rural tracts.

Airbnb recently launched an Office of Healthy Tourism, with a mission to support tourism in Florida and beyond that is local, authentic, diverse, inclusive and sustainable. The company recently released a report highlighting the #1 most wish-listed listings in every county in Florida county -- including the 32 state-designated rural counties.

Opening up the state to increased tourism has a trickle down effect both in terms of guest spending at local small businesses and tax revenue to the state. Thanks to a 2015 tax agreement with the Florida Department of Revenue, Airbnb collects and remits the state sales tax on all Airbnb bookings in Florida, which delivered $33 million to the state in 2017. Airbnb also has tax agreements in place to collect the local county bed/tourist tax for 23 of the 28 state-designated rural counties that assess such taxes (Union, Lafayette, Calhoun and Liberty do not have county bed taxes). 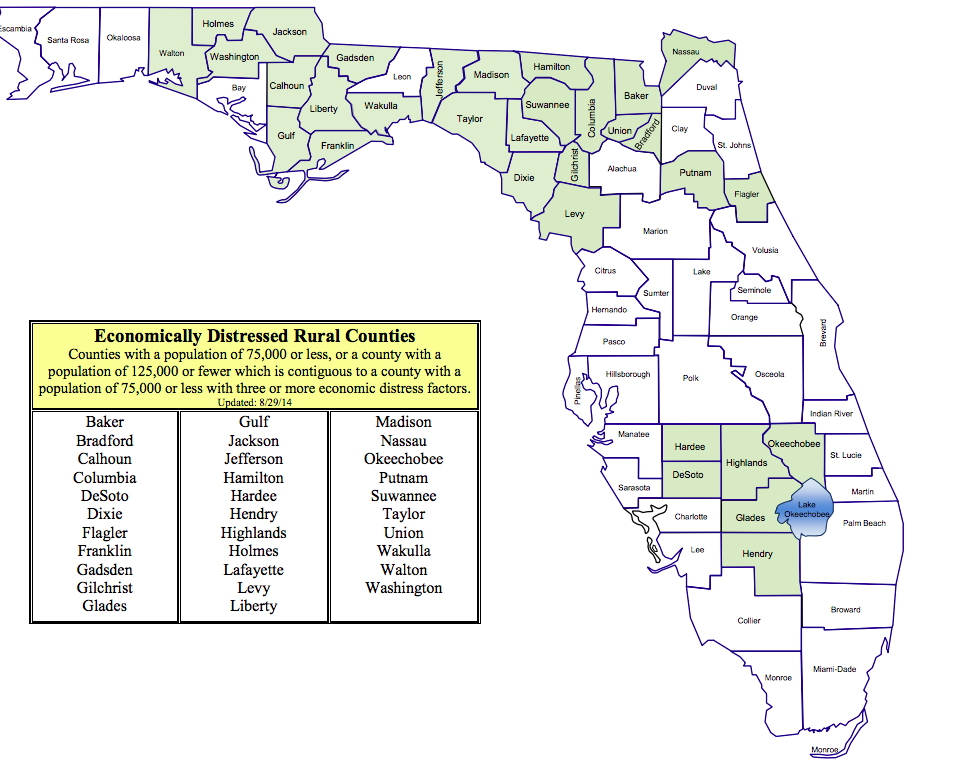 Founded in 2008, Airbnb is a global travel community that offers magical end-to-end trips, including where you stay, what you do and the people you meet. Airbnb uniquely leverages technology to economically empower millions of people around the world to unlock and monetize their spaces, passions and talents to become hospitality entrepreneurs. Airbnb’s accommodation marketplace offers access to millions of places to stay in more than 191 countries, from apartments and villas to castles, treehouses and B&Bs. With Experiences, people can see a different side to a destination through unique, handcrafted activities run by locals, while a partnership with Resy provides access to the best local restaurants in selected countries. All of this is brought together in one easy-to-use and beautifully designed website and app.