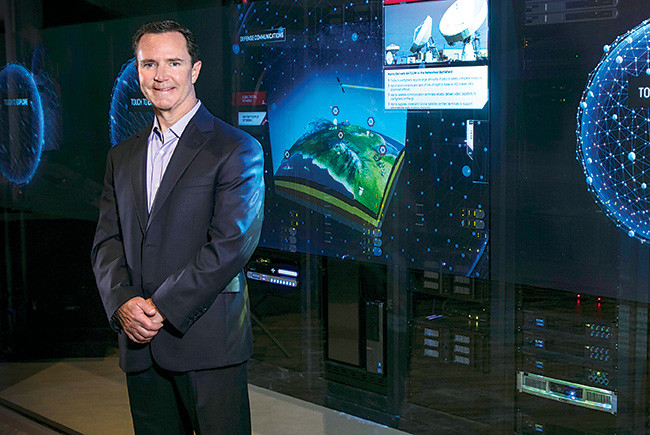 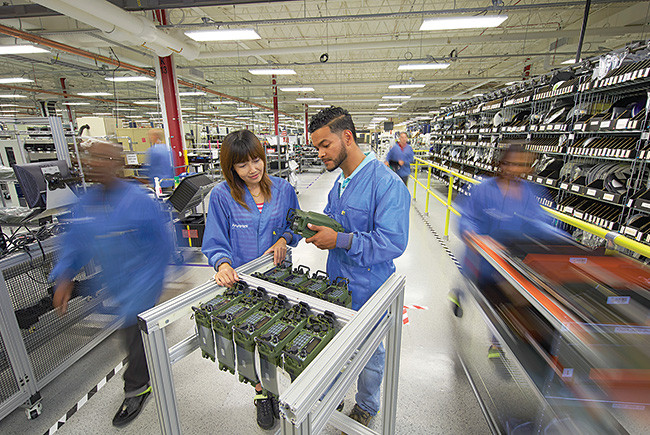 Employees inspect some of the more than 1 million tactical radios Harris makes for the military. 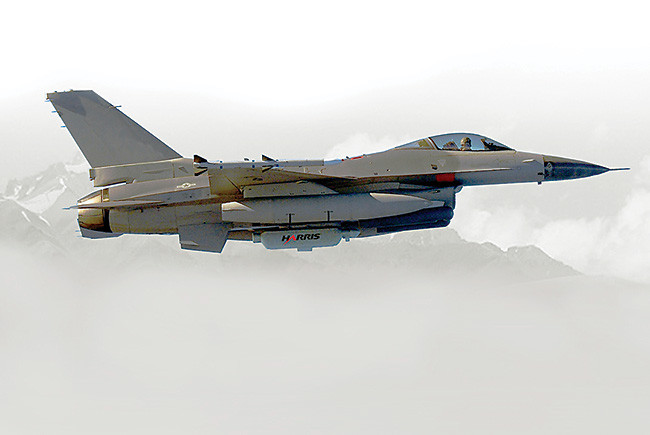 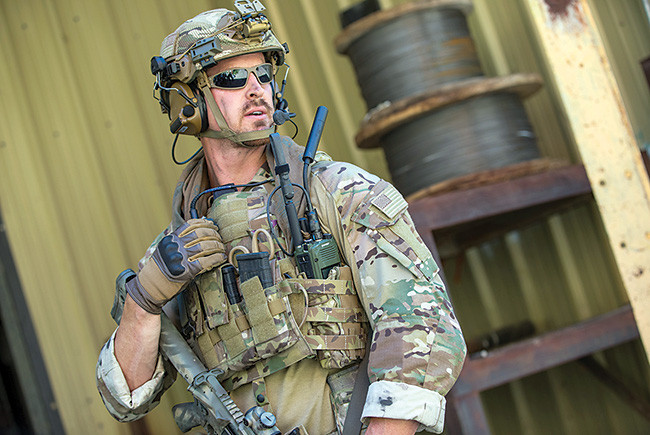 Major contracts to provide radios to the military are a big reason Wall Street is upbeat about Harris. 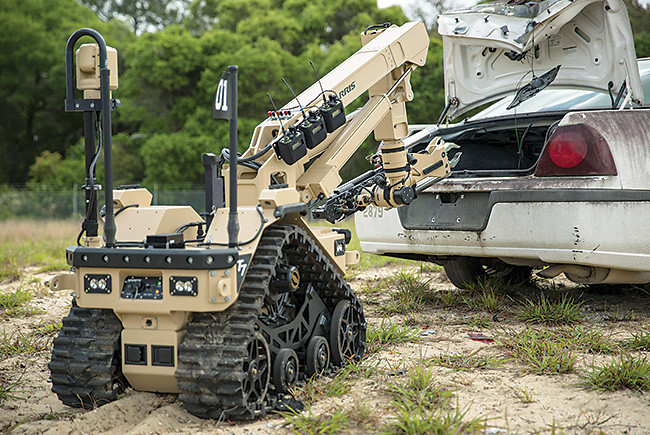 Over seven years, Harris has abandoned its diversification strategy to focus primarily on building high-tech equipment for governments.

Harris Corp. has seen lots of its products launched into space over the decades, from imaging systems to weather sensors to ultralight antennas that are made out of material as sheer as pantyhose and unfurl once in orbit. Those products, however, have always been components that were part of someone else’s satellite.

Sometime in the next few months, the company will mark a milestone: A rocket will carry a cube-shaped, briefcase-sized satellite into orbit that Harris built, top to bottom — the first all-Harris device in the company’s history.

The company, which will operate the satellite from a ground station in Palm Bay, calls it a proof-of-concept project — a chance to prove to prospective customers that Harris can design, build and manage an entire satellite system.

Harris sees a big future in small satellites. The federal government, wary of the cyberthreat posed by Russia, China and other actors, is moving away from a small network of large, multisystem satellites to a larger array of smaller, single-purpose craft. That has some defense-industry giants stampeding into the “smallsat” space: Northrop Grumman bought Orbital ATK, Lockheed Martin is building a satellite factory in Colorado, and Airbus has tied up with OneWeb.

Harris is betting it can beat them all. “I think we’re at the forefront of the movement,” says Bill Brown, Harris’ CEO. Many of the government’s other prime contractors “have geared their business model around these large, multibillion-dollar exquisite systems. They’re not as nimble or as agile as Harris.”

The company’s satellite also reflects a new overall strategy at Harris, Florida’s 19th-biggest public company. Since Brown took over seven years ago, Harris has sold off most of its commercialfocused businesses and has recast itself primarily as a government contractor. The new, more narrowly focused company is generating more cash than ever — analysts expect Harris to have $1 billion a year in free cash flow starting this year. And the company is reinvesting more of that cash than ever into research and development — Harris’ R&D spending has grown nearly 50% since 2012 — and toward new programs like its first satellite.

The new approach comes with plenty of risk. In doubling down on government contracting, Harris has reversed course on years of work to diversify its portfolio. The company relies more than ever on Uncle Sam; three out of every four dollars it earns come from the U.S. government. Harris itself says it is at a “critical inflection point” in its 123-year history.

Plenty of defense experts like what they see so far.

“As we look to next year and beyond, we see a technology-rich, high-margin, cash-generative company that is very likely to see top-line acceleration,” analysts at Goldman Sachs wrote in a note to its clients earlier this year. “We think HRS (Harris) has the potential to grow earnings faster than the rest of the defense sector the next 3-5 years.”

In some respects, Harris, which is based in Melbourne and also has significant operations in Palm Bay and Malabar, looks almost exactly the same as it did when Brown arrived in fall 2011. During the company’s fiscal 2011, which ended just a few months before Brown took over as CEO, Harris employed roughly 17,000 workers in three principal operating segments, which together turned a profit of a little less than $600 million on sales of $5.9 billion. Eight years later, the company finished fiscal 2018 with 17,500 workers in three segments that together turned a profit of a little more than $718 million on sales of just under $6.2 billion.

But Harris today is a different company. Since 2011, the company has shed half a dozen major businesses that generated more than $2 billion a year in combined revenue. Harris no longer builds communications systems for the energy and maritime industries, for example. It no longer operates networks for the health care industry or manufactures airframe components for the defense industry.

Meanwhile, Harris has expanded its lines of communications systems built and operated for government customers. The company’s big move came in 2015 when it acquired defense contrac-tor Exelis — whose areas of expertise overlapped with many of Harris’ own, including positioning and navigation sensors, air-traffic management and image processing and distribution. The nearly $5-billion cash-and-stock deal was, at the time, the largest defense industry merger in nearly two decades.

Today, roughly half of all of its business comes from the various military branches and agencies within the U.S. Department of Defense. Harris’ biggest customer is the FAA, which is worth more than $500 million in revenue a year to the company.

“We got out of businesses where we just didn’t have any core knowledge,” Brown says. “For example, we were in a commercial health care business. We got into the business thinking that the skills that you have in developing an IT system for the VA translates into a commercial hospital chain like Kaiser Permanente. The fact is they’re night and day. They don’t translate at all.