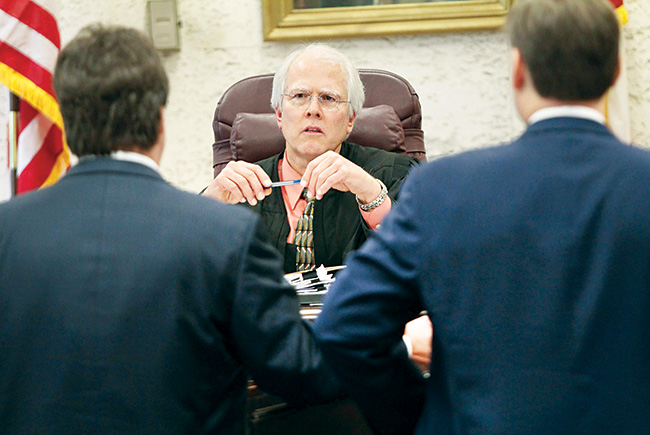 A panel has ruled that Judge David Miller does not have to recuse himself from Cole Scott cases. The firm is appealing. 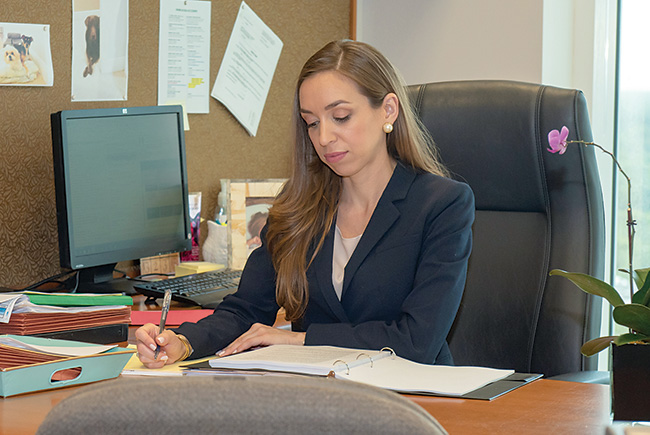 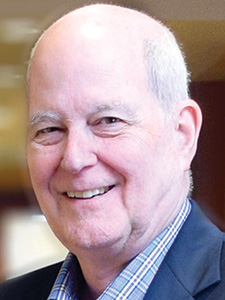 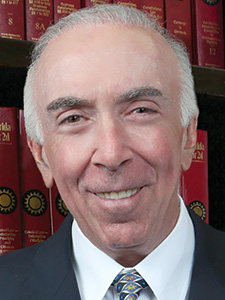 Judgment Call: Critics question the motive behind a lawyer's decision to run against a judge

David Miller has been a circuit court judge in Miami since 2000, when he was elected to the bench following a 20-year career as a civil and criminal trial lawyer that began, according to a Miami Herald report, when, as a 16-year-old, he successfully sued a store for selling him a defective stereo.

The law firm and the veteran judge have crossed paths many times over the years. The encounters have not always been pleasant. In 2012, Winn-Dixie hired Cole Scott to defend it against a lawsuit filed by a customer who was hurt after allegedly slipping on water left behind after an employee had restocked a freezer. The case was assigned to Miller.

At one point during the proceedings, Miller, who, as a judicial candidate, had vowed to crack down on trial court delays and other abuses “as harshly as the law allows,” ripped into Cole Scott. A Winn-Dixie employee had deleted crucial portions of a security video from just before the accident, and Miller thought Cole Scott’s attorneys were deliberately attempting to obfuscate what had happened. He accused the firm of engaging in “absolute lies and intentional inattention.”

“You took an oath of admission, correct?” Miller asked a Cole Scott attorney in the middle of a hearing, according to a transcript of the proceeding.

“And you said in that oath that you will not maintain any proceeding which shall appear to be unjust, nor any defense except as you honestly believe, and you will employ such means as are consistent with truth and honor and will never seek to mislead the judge by artifice or false statement of fact and law,” Miller said. “I find that you have violated your oath. I find that you should probably be reported to the Bar.”

Miller then entered a ruling that crippled Winn-Dixie’s defense. The grocer decided to settle the case.

Meanwhile, earlier this year, the firm promoted Elisabeth Espinosa, an attorney in its Miami office, to partner. Espinosa, who spent six years as a prosecutor in the Hillsborough County State Attorney’s Office, had joined Cole Scott a little over four years ago, practicing premises liability and security negligence law.

Soon after her promotion, Es-pinosa decided to run for circuit court judge. Instead of pursuing one of the open seats, which are typically easier to win, Espinosa decided to challenge an incumbent judge — David Miller.

In April, less than a week after Espinosa filed to run against Miller, Cole Scott moved to have Miller disqualified as the judge on 27 cases it had before him.

Miller, the firm argued, now had a conflict of interest in the cases. Cole Scott clients “have a wellfounded fear that they will not receive a fair trial or hearing in front of Judge Miller as a result of Ms. Espinosa’s candidacy against Judge Miller, resulting in inherent prejudice or bias by Judge Miller against the defendants and the defendants’ law firm,” a Cole Scott attorney wrote in one of the motions.

The move sparked an uproar among plaintiffs attorneys, who accuse Cole Scott of attempting to orchestrate the ouster of an unfriendly judge. “It was the defendant’s counsel who caused this problem whether purposely or not — certainly the court and the opposing parties did nothing — and the defendants should bear the consequences,” Joel Perwin, a plaintiffs attorney in one of the Cole Scott cases, wrote in a motion opposing the Cole Scott attempt to disqualify Miller.

Even lawyers who aren’t directly involved in any of the 27 cases have protested.

Cole Scott has attempted to “manipulate our system of justice and remove from its case a judge whom it doesn’t like,” says Gary Fox, a products liability attorney who has battled Cole Scott in the courtroom in the past.

“The potential for abuse is just so obvious,” Fox adds. “There are a lot of monster law firms around the country — with 500 lawyers, 1,000, 2,000, even 3,000 lawyers. If they’re involved in a piece of highstakes litigation and the trial judge is making rulings that they don’t like, the big fear is that all the law firm has to do is pick out one of its lawyers to jump in the race.”

Richard Cole, managing partner of Cole Scott, says his firm hasn’t attempted to manipulate anything. He says Espinosa had discussed her interest in public service with him before, and he had encouraged her and others to run for judge before, but he says neither he nor the firm knew that she was going to challenge Miller until she filed.

Espinosa has received plenty of support from attorneys and employees at Cole Scott. More than 125 have donated money to Espinosa’s campaign, from Cole himself, who gave the maximum $1,000, to a legal secretary, who contributed $25. Altogether, Cole Scott employees and their family members have raised at least $43,000 for Espinosa, nearly half of all the money she has raised from others. (Espinosa also loaned her own campaign $25,000.)

Cole says decisions to ask that Miller be disqualified were made entirely by clients on a case-bycase basis. Cole says the firm didn’t move to have Miller removed from every single case it has before him because some of its clients weren’t concerned.

Cole declined to comment on the firm’s history with Miller. Cole Scott, he says, doesn’t keep “scorecards” of how judges rule in its cases.

Espinosa, meanwhile, says she’s offended by the notion that she’s someone’s pawn. The attorney, who earned her law degree from Stetson University in 2006, says she always planned to return to public service after leaving the Tampa state attorney’s office. And she says she chose to challenge Miller for her own strategic reasons: The open races were already crowded with candidates; Miller had been a judge for a long time already and was going to reach the mandatory retirement age during his next term; and she felt her experience as a public prosecutor contrasted clearly with Miller’s resume as a former trial attorney in private practice.

“I would never go through this experience and this campaign if it wasn’t something I wanted to do from the bottom of my heart, because it’s a calling,” says Espinosa, who has taken a leave of absence from Cole Scott during the campaign. “I love to be involved in the community, and this is my way of making a positive impact.”

The motions for Miller to be disqualified from Cole Scott cases is now in the courts. After Miller himself denied Cole Scott’s motions to have him removed from its cases, Cole Scott appealed to the 3rd District Court of Appeal. In June, a three-judge panel ruled that Miller was not required to recuse himself. The mere candidacy of a partner in a law firm against a judge, they ruled, does not overcome the presumption that a judge will not be inherently biased against an attorney who may have opposed her or his election or appointment.

But the case is not over. Cole Scott has asked for a rehearing before the full 10-member appellate court. An appeal to the Florida Supreme Court could follow.