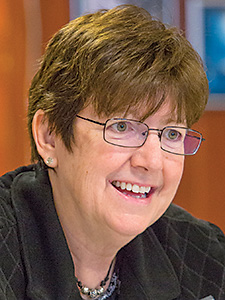 Richard Moore, an attorney and veteran, and his wife, Karen Moore, have endowed a Veterans Success Center at Tallahassee Community College. The center is designed to help vets transition to civilian life and help ensure their academic success at TCC.

The couple, owners of Tallahassee-based marketing and communications firm Moore, also have endowed the Moore Veterans Leadership Academy, a six-week program that helps vets find work in the private sector following their graduation from TCC.

“It has been so inspirational to see our students go way above and beyond what’s expected,” says LaVia, a former defense and appellate lawyer who started teaching at FSU in 2002. “The students in my class are so excited to do something that helps real people. They actually go into court and file documents. It’s valuable experience for them.”