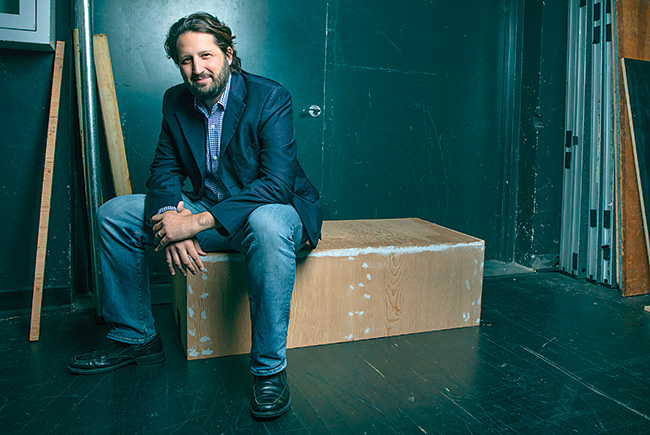 Michel Hausmann takes an innovative approach to theater in Miami.

Plus, business news roundup for Miami-Dade, including briefs and "players."

Michel Hausmann takes an innovative approach to theater in Miami.

He’s staging productions of Spanish- language plays from other companies and performances by musical groups from around Latin America. He’s also commissioning works set in Miami.

Hausmann has experimented with multilingual plays, such as last season’s version of the classic “Our Town,” which had characters speaking in English, Spanish and Creole. Another production from last season, “Queen of Basel,” which Miami New Drama commissioned and Hausmann directed, was sprinkled with Spanish dialogue. The audience was seated onstage with the performers.

BUSINESS Briefs for Miami-Dade, and the Keys

The South Florida attorney was instrumental in guiding Miami’s growth.

Robert Traurig, who co-founded Miami law firm Greenberg Traurig in 1967 with fellow attorneys Melvin Greenberg and Larry Hoffman, was one of the most significant figures in the development of modern Miami. A zoning attorney, Traurig had a hand in much of Miami’s growth over the past three decades.

The firm has grown to more than 2,000 lawyers and lobbyists around the world and revenue of almost $1.5 billion. The firm has made diversity one of its hallmarks.

Traurig was deeply involved in the South Florida community as well and remained active until his death on July 17 at age 93. He held leadership roles in the Beth David Congregation and the Greater Miami Jewish Federation. He raised funds for the Historical Association of Southern Florida, the Museum of Science, the Greater Miami Opera and the Performing Arts Center Foundation of Greater Miami, among others. He also served as chairman of the Greater Miami Chamber of Commerce. His pro bono work was numerous.

“This is a tremendous loss for the community, the legal profession and for me, personally,” says co-founder Hoffman.