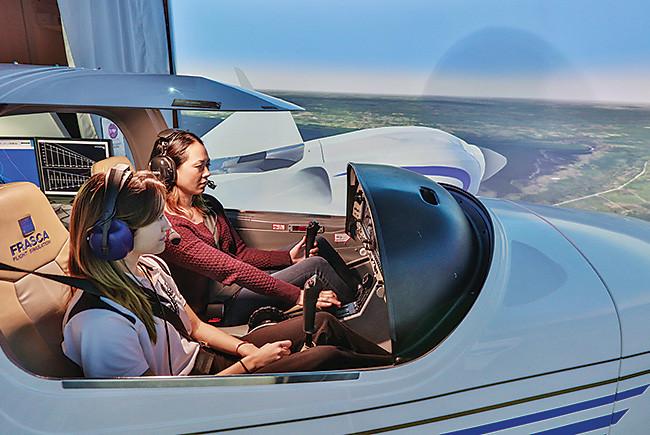 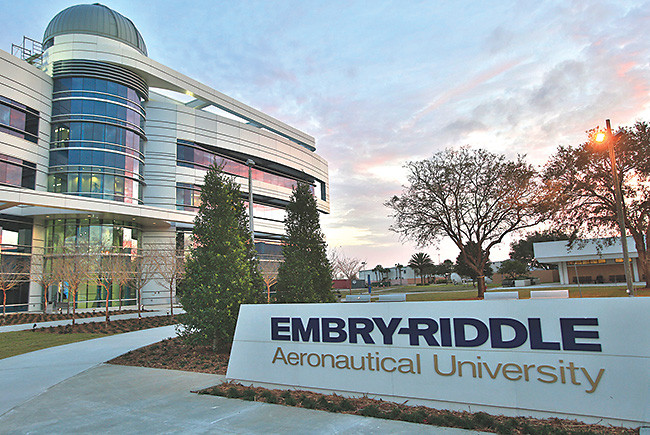 “Embry-Riddle is fast becoming an important national presence, not just in aviation and aerospace, but in the sphere of applied research and innovation.” ~ P. Barry Butler, President, Embry-Riddle Aeronautical University 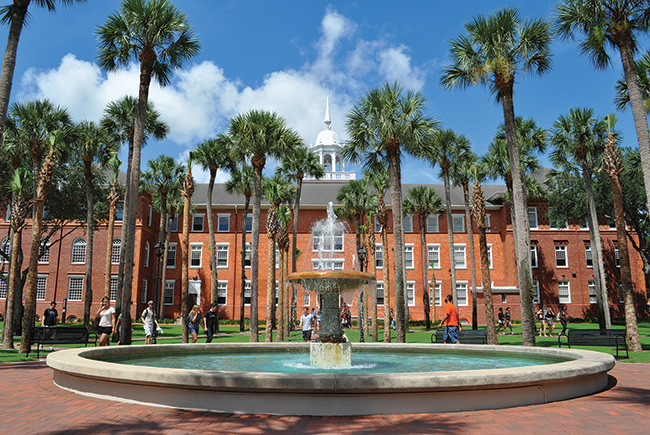 “Stetson University continues to move toward realization of its strategic plan and a vision that raises its position as a generator of thought leadership, economic prosperity and talent while supporting distinctive programs that meet student and employer demand.”~ Wendy Libby, President,Stetson University 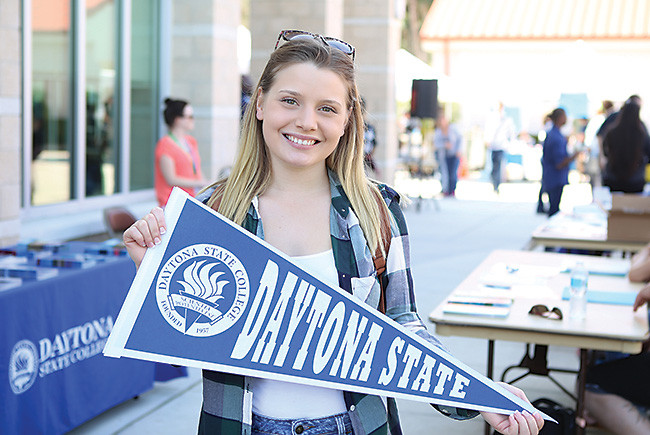 “This is an exciting place to work, fulfilling our mission to our local community and students.”~ Tom LoBasso, President, Daytona State College 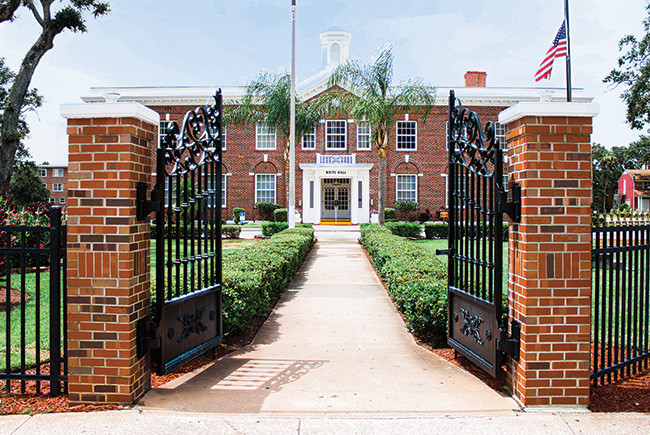 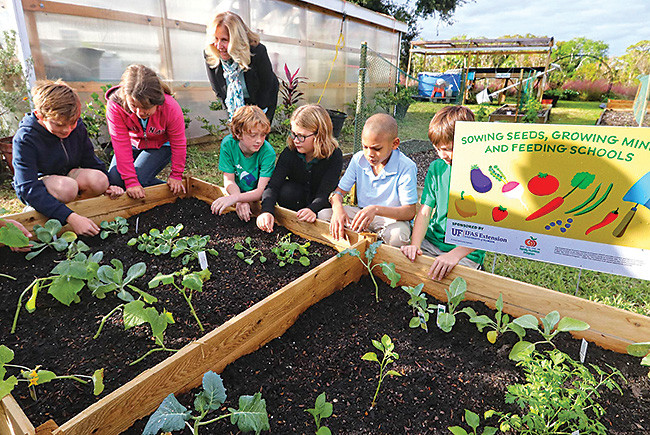 Burns Science and Technology Charter School in Oak Hill is one of eight charter schools in Volusia County. 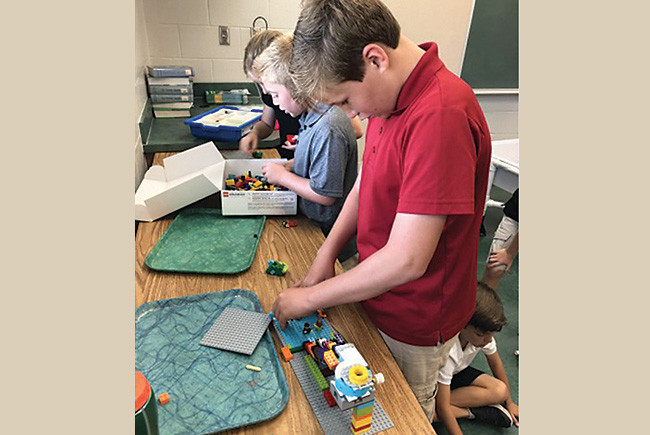 At Coronado Beach Elementary in New Smyrna Beach, students work with Legos WeDo 2.0 software on a project to create a way to move water that would have real-world applications. 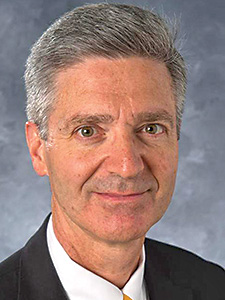 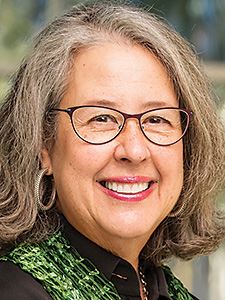 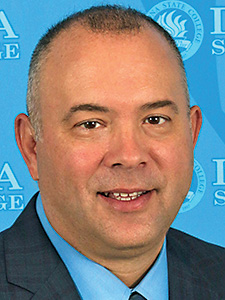 A Great Partnership: Higher Ed and the Community

Synergy. You can see it, you can feel it: the connection between students with their backpacks, and business leaders with their visions for the future. Throughout Volusia County, higher education is at the forefront of growth, providing the home-grown talent, innovation and drive that progressive businesses demand.

ERAU, the self-referenced “Harvard of the South,” is in the midst of one of the most significant transformations in the school’s 90-year history, says P. Barry Butler, president. “We are fast becoming an important national presence, not just in aviation and aerospace, but in the sphere of applied research and innovation.” In the past five years, ERAU has invested more than $315 million in building infrastructure in Daytona Beach, at the school’s flagship campus.

“We are generating trailblazing research in aviation and aerospace engineering, from the design and development of a smart, personal flying vehicle to pushing the limits of unmanned aircraft systems and robotics,” Butler says. Expanding research encompasses efforts in the fields of medical human factors, astronomy and space physics, autonomous vehicles, spaceflight operations and cybersecurity.

Rodney Cruise, ERAU’s senior vice president for administration, amplified those thoughts. “Businesses are coming to Daytona Beach because of the unique skills at Embry-Riddle, which help their businesses grow in helpful, thoughtful ways.”

The Daytona Beach area is its own recruiter, Cruise says. “Students and businesses alike are attracted by the area, the lifestyle, the community.” Interesting, well-paying jobs complete the picture.

It’s mostly traditional brick outside, with mullioned windows and stately columns, but behind those walls, Stetson University, founded in 1883, is anything but old-school.

Wendy Libby, president, describes a strategic plan that generates leadership in thought, economic prosperity and talent. At the same time, the school’s vision supports programs that meet both student and employer demand. The curriculum is always on the cutting edge, she says, and enrollment last fall was up 50% since 2009.

A private university located in DeLand, just west of Daytona Beach, Stetson consistently ranks high in U.S. News & World Report’slist of Best Regional Universities, recently moving up to tie for the fifth spot. The university also ranks high with residents, who value the liveliness and intellectual excitement that Stetson brings through its classes, lectures, music, art and theater programs. A city official credits a recent population spurt of 1,000 largely to Stetson. Alumni love Stetson, too, adding to an endowment that has reached more than $208 million and sparked a recent gift of $18 million from a single donor.

Enrollment is up, and so is the budget. For the 2018-2019 fiscal year, the school’s budget includes more than $11.7 million in capital improvements and expenditures for the university’s campuses in DeLand and at its College of Law in Gulfport. “We are completing work this year on the multimillion dollar Sandra Stetson Aquatic Center, home to the Institute for Water and Environmental Resilience, and an outstanding facility for rowing and visiting teams,” Libby says.

“Most importantly, we are planning toward impactful utilization of the $18-million gift Hyatt and Cici Brown made toward expanding our science and health programs and facilities,” Libby says. “Hyatt Brown has rightly called this an investment in West Volusia and our academic leadership.”

The event may look a little different due to COVID-19, but the food and fun is still there.