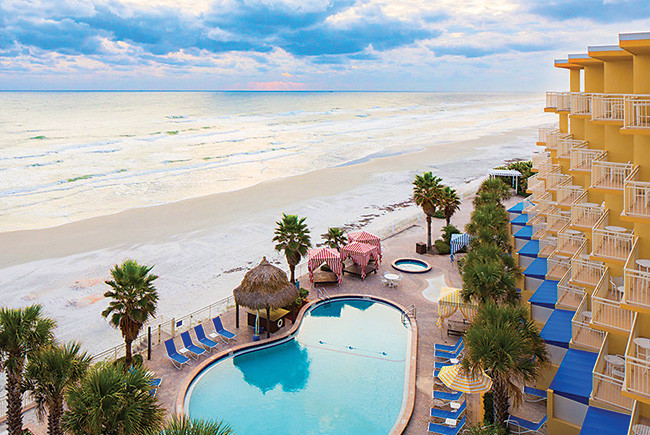 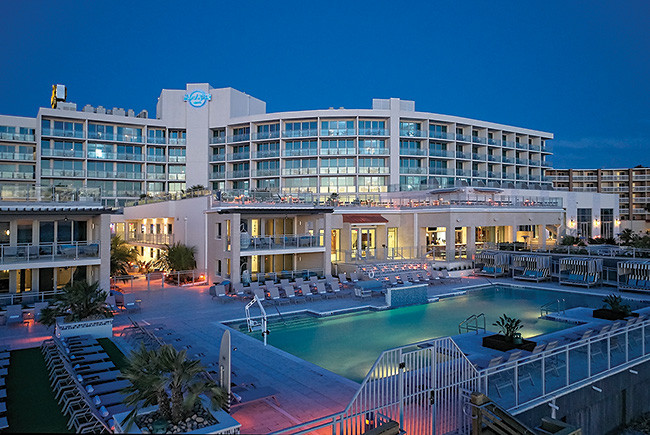 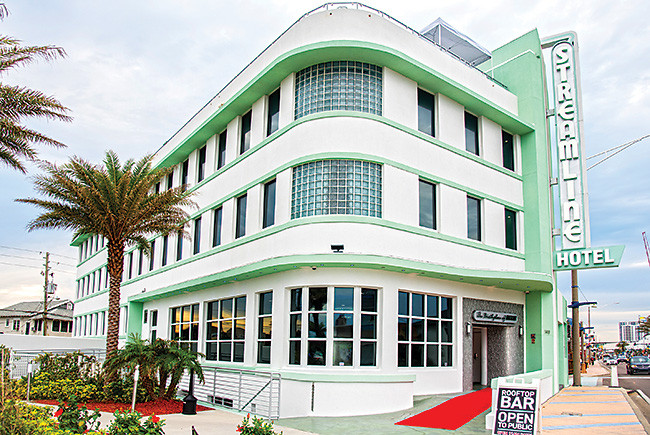 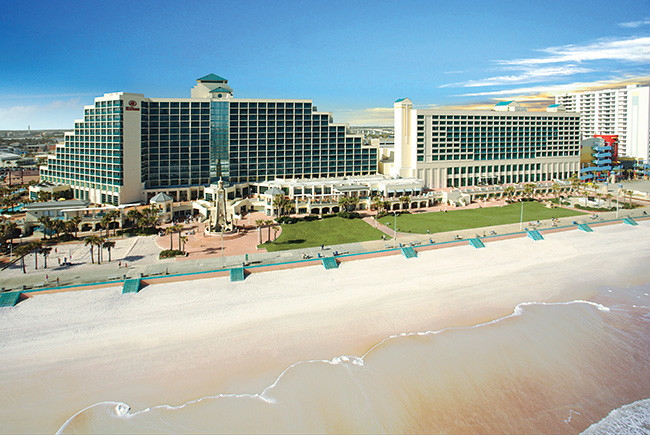 Fun and cool accommodations have been part of Daytona Beach and Volusia County since the world discovered the packed, white sand beaches and warm climate, but recently new luxury hotels with haute décor are popping up like beach daisies.

More than $2 billion in improvements are underway, much of it invested in hotels on and off the beach.

“We have had an amazing turnabout in quality of product for upscale guests,” says Bob Davis, CEO/president of the Lodging & Hospitality Association of Volusia County.

The Daytona Beach Convention Hotel & Condominiums, a $192-million, 501-room oceanfront addition to the convention center complex, is under construction.

A Home2 Suites by Hilton is rising east of the Speedway, and a new oceanfront four-diamond Marriott Renaissance hotel is planned just north of the Ocean Center convention center on the beach. The 44-room Streamline Hotel, a historic beachside art deco-style boutique property that hosted the meeting that launched NASCAR in 1948, reopened last year.

ONE DAYTONA, an entertainment destination across from the Speedway, has two new hotels as well, the 145-room Marriott Autograph Collection hotel named The Daytona and a 105-room Fairfield Inn & Suites by Marriott.

Other new hotels include the Residence Inn by Marriott Daytona Beach Oceanfront, Hilton Garden Inn and a boutique hotel called Chateau Mar Beach Resort. An icon on the sands of Daytona Beach Shores, The Shores Resort & Spa is enhancing its AAA Four Diamond ranking with renovations.

DeLand recently added new hotels as well. The Artisan, a 1920s-era hotel in the middle of downtown, has been renovated and often enjoys full occupancy, and a 105-room Marriott Courtyard is slated for opening this summer.

New Smyrna Beach visitors can stay at the year-old Hampton Inn that opened in 2017 or a new SpringHill Suites on the beach.

When loyal tourists return this year, they will have more dining options, including the first new beachfront restaurants on Daytona Beach in 10 years: LandShark Bar & Grill and Cocina 214, developed by Consolidated-Tomoka Land Co. And in Ponce Inlet, there’s Off the Hook at Inlet Harbor.