Skilled labor in Florida a concern for small businesses

See all the concerns at this news release and read more at the Orlando Sentinel.

In the age of Netflix, Florida movie theaters try to woo you with luxury and comfort

In the race to attract moviegoers, theaters around Florida and the nation have embarked on full renovations that include adding restaurants and full-service bars and ripping out the traditional stadium-style seats and replacing them with leather recliner chairs. [Source: South Florida Sun-Sentinel]

Employees talk about what attracted them to the companies where they work and what they now like best. Hear from Zuri Mabry, Project engineer at Beck Group; Jeff Nowak, Chief solutions officer at Premier Eye Care; Kara Guertin Brand development associate at IMS ExpertServices; and, others. Full story here.

» This story is part of our coverage on The Best Companies To Work For In Florida.

After years of steering clear, UF poised to study hemp

The University of Florida used to have a hands-off approach to Cannabis sativa, the plant cultivated for recreational and medical marijuana. But the Florida Legislature changed that last year, when it authorized state land-grant universities (UF and Florida Agricultural and Mechanical University) to begin researching industrial hemp, another product of the plant. [Source: Gainesville Sun]

Rules to vote in next month's Florida Primary

Election supervisors are reminding voters across Florida that they must be registered with major political parties in order to vote in partisan primary elections next month. Democrats and Republicans will be choosing candidates for US Senate, governor, two state cabinet races and a host of congressional and legislative seats. [Source: WJXT] 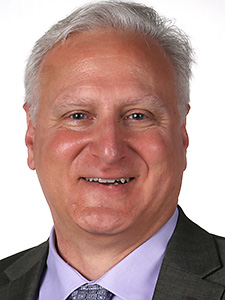 › Miami law firm ready to test proprietary litigation budgeting software [Daily Business Review]
Miami attorney Etan Mark is a tech nerd. Mark, who launched his firm last year after being a Berger Singerman partner in Miami and a Weil, Gotshal & Manges associate in New York, also loves thinking in deep detail about what he wants technology to do for his five-attorney commercial litigation firm.

› In need of deputies, Hillsborough sheriff loosens college, tattoo and drug use rules for new hires [Tampa Bay Times]
The goal of the new rules, officials say, is to cast a wider net in the applicant pool and jump start an effort to tackle a stubbornly persistent deputy shortage that has put stress on patrol deputies, stifled proactive police work and limited the ability to expand the agency’s community outreach efforts.