Today, Florida TaxWatch released the 2018 edition of the How Florida Compares: Taxes report. For several years, TaxWatch has published this easy-to-use guide to help Floridians better understand their state through comparing our state's taxes to those that are levied across the nation. The report provides nonpartisan information on where Florida ranks and contains nearly 40 tables, graphs, and charts that provide a comprehensive look at tax collections and other government revenues for all 50 states.

One of the key takeaways from this year's report is that Florida continues to be a relatively low tax state. Floridians’ per capita state and local revenue collections total $5,679, the 42nd highest amount among the 50 states. While Florida’s state tax and revenue burdens are very low compared to the other states, local tax burdens are much higher. Florida’s “Per Capita Local Own Source Revenue” and “Per Capita Local Tax Collections” rank 15thand 27th, respectively.

"How Florida Compares: Taxes helps policymakers and taxpayers alike know if we are winning or losing the race to attract more wealth and opportunities for economic growth," said Florida TaxWatch President & CEO Dominic M. Calabro. "It also shows us where we need to be more competitive."

"While overall property taxes in Florida are 'middle-of-the-road,' the current system puts an inequitable property tax burden on non-homestead property," said Vice President of Research Kurt Wenner. "Along with taxes such as Florida's unique Business Rent Taxes, this results in businesses paying more than half of all taxes in Florida, the 12th highest portion in the nation." 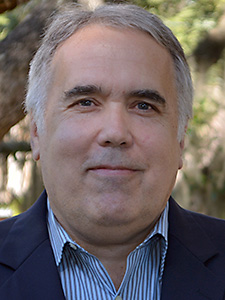 Kurt Wenner, Vice President of Research. Kurt has authored all of the major tax publications produced by Florida TaxWatch, including pieces on Florida’s Intangibles Tax, and general sales, property, and business tax issues.

For more research and insights, go to FloridaTaxWatch.com.