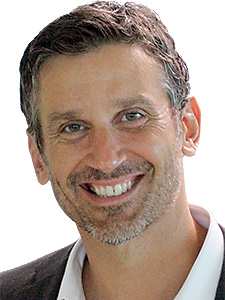 A former fighter pilot's seaplane company is a labor of love.

Eyeing the end of his military pilot career, fighter jock Rob Ceravolo had a choice. Transitioning to a job as a commercial airline pilot meant a great salary, benefits and predictability. Instead, Ceravolo founded a seaplane airline.

His Fort Lauderdale-based Tropic Ocean Airways flies from Florida to the Bahamas and, seasonally, from New York City’s East River out to Long Island destinations. Tropic carried 20,000 passengers in 2017, employs 30 pilots and 70 others and reaches more than 40 locations.

A Fort Lauderdale native, Ceravolo, 44, graduated from Cardinal Gibbons High School and the University of Florida before joining the Navy. He flew from carriers and graduated from the service’s fighter pilot school. Tropic flew its first revenue- generating flight in 2011. Ceravolo, finishing active duty in the Navy, wasn’t the pilot. He says he misses the Navy “tremendously” and the flying, the camaraderie, challenge and sense of mission. But he gets all of that at Tropic

sans the flying; he’s an executive, rarely a pilot. “If I fly the airplane, I come back with a smile on my face,” he says.

Ceravolo says “seaplanes bring you back a little bit to that romance adventure of the 1940s. I saw the need, and I thought we could do it better. I knew we could build a great company. ”

Some 30% of Tropic’s business is scheduled service and 70% chartered. It’s not a discount ticket. Scheduled service fares, for example, run $400 round trip to Bimini and $300 for one way to Marsh Harbor, both in the Bahamas. But he offers a new fleet of Cessnas, two pilots per plane -- in an industry known for a single pilot flying an aging aircraft -- and the convenience of skipping the big-airport TSA lines, Customs and boarding process in favor of flying from private terminals.