Let’s be honest. We love to know what people make.

Now, thanks to a federal mandate taking effect this year, we know a lot more about what people at Florida’s largest companies earn.

The insights come via Dodd-Frank, the recession-era financial regulation makeover legislation. Amid its voluminous pages lies a requirement that public companies disclose how much CEOs make compared to the median income earned by employees. The median is a figure at which half of the workers make more and half make less.

The backstory is that for years politicians and advocates had made a talking point out of saying CEOs make 300 times what workers do. Dodd-Frank required companies to bring their CEO pay ratios into the light. To do that, a company also has to disclose the income of its median employee. 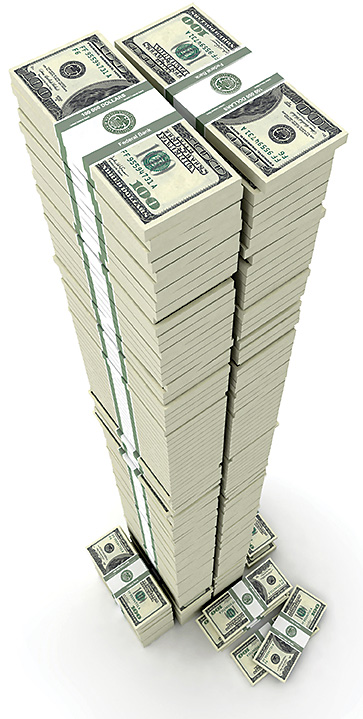 NEXT PAGE: Chart of CEO salaries at over 70 companies.

If some hoped that a company’s disclosure of a high multiple would shame the firm or spark a shareholder uprising, those hopes haven’t been realized. Luis Navas, senior partner in Miami and cofounder of Global Governance Advisors, a firm that assists companies in setting executive pay and board governance issues, says company boards and institutional shareholders don’t see what the multiple has to do with attracting and retaining CEO talent and with corporate performance, “which is really what shareholders care about.”

Retail investors, Navas says, “react more to a dollar value rather than a ratio and, even then, if their investment’s share price performs well, they are less concerned about pay levels.”

Since we’ve known for decades what CEOs make, the most critical piece of new information is what the median pay is — letting workers know exactly how their pay compares to their company’s median. Employees earning less than the median may have questions. “There’s going to be some of that,” says Cheryl Wilke, partner-in-charge of the Fort Lauderdale office of law firm Hinshaw & Culbertson.

However much the disclosures say or don’t say about CEO pay vs. workers’, they can provide plenty of insight into how companies structure their operations, how much they depend on foreign labor and how skilled workers are.

At Florida-based companies, for example, the highest median employee income — $228,114 — is at Orlando-based Xenia Hotels & Resorts, owner of the Hyatt Regency Grand Cypress and Grand Bohemian Hotel in Orlando and 36 other hotels nationally. But the company isn’t paying housekeepers that kind of money — the median employee income applies only to the 51 people Xenia employs directly. All the hotel workers get paid by the management companies Xenia contracts to run its hotels.

Wilke warns of the danger of trying to compare median salaries and ratios among companies. Even “within an organization it can be apples to suspenders,” she says.

The U.S. Securities and Exchange Commission granted companies leeway in how to establish a median income. Companies could decide whether to annualize for part-year employees, whether to exclude a certain percentage of foreign workers, whether to include company-paid health care premiums and whether to make costof- living adjustments for foreign workers.

“I think it’s very difficult to make a comparison without knowing what was included and what was excluded in the calculation,” says Farient partner John Trentacoste. “It becomes interesting, but the relevancy factor may not be fully there.”

Another logical pairing: The median employee income at Royal Caribbean is $18,320, in the bottom five for a Floridabased employer. The company said that figure doesn’t include room and board that’s provided “without charge” to employees on ships and doesn’t include cash tips, though it does include billed gratuities. CEO Richard Fain was paid 728 times the median. At Norwegian Cruise Line Holdings, CEO Frank Del Rio’s pay was 514 times the median.

Devil in the details

In the accompanying chart (next page), Florida Trend lists the median income and multiple for the public companies in our annual Florida 350 who filed proxies by early May. Companies that responded to Florida Trend inquiries typically said they had no comment beyond the required disclosure. In their annual proxies, some companies issue only the barebones disclosure while others, depending on how much they feel they need to explain, provide more detail.

In some cases, there are lots of details. Take the case of West Palm Beach-based mortgage servicing company Ocwen Financial, which employs 530 in Florida. Ocwen reported that CEO Ronald Faris received 72 times the company median employee income of $31,283. Ocwen additionally said it determined its median employee worked in Bangalore, India, and was paid in rupees. Along with a currency conversion, Ocwen elected to make a cost-of-living adjustment. Had it not done so, the company median would have been $10,164 and Faris’ multiple 221, Ocwen reported. Among just U.S.- based workers, however, Ocwen said its median compensation was $66,462, taking Faris’ multiple down to 34.

Orlando-based Tupperware, the sixthlowest in median employee income, disclosed that 95% of its employees live abroad, with 83% in emerging countries. Seminole-based Superior Group revealed that while its median employee companywide earned $9,640, giving CEO Michael Benstock a multiple of 313, the median for U.S. workers was $28,027, which put Benstock’s multiple compared to U.S. workers at 108.

Florida has a share of companies that clearly pay well. Alachua-based nerve repair company AxoGen’s median employee income stood at $83,506. “As a company focused on the science, development and commercialization of medical technologies, we have a unique base of highly skilled and educated employees and are proud to compensate them accordingly,” the company says. CEO Karen Zaderej earned 45 times her company’s median.

Observers say they wouldn’t be surprised to see more pay disclosure mandates in coming years. Wilke says that the disclosures have stirred discussions about fair pay and pay equality. Companies who study their in-house data and feel they have a good story to tell about pay parity among genders or races may voluntarily put it out there. Legislators may demand that all do it. Meanwhile, the United Kingdom now mandates a gender equity pay disclosure.