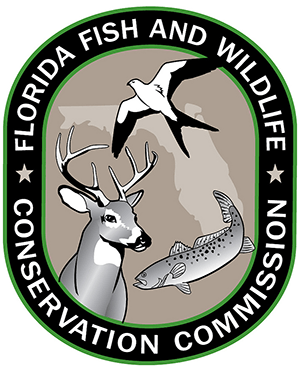 HOMESTEAD, Fla. - Everglades National Park and the Florida Fish and Wildlife Conservation Commission (FWC) are partnering together to expand efforts to remove Burmese pythons from within the park. The partnership will expand the park’s Python Removal Authorized Agent Program by allowing paid FWC contractors to remove pythons in Everglades National Park. The expansion will triple the maximum allowed number of participants in the park from 40 to 120, allow FWC contractors to use firearms or other humane methods to euthanize pythons in the wild, and qualify additional trained NPS personnel to live capture and turn in pythons. The purpose of this controlled invasive species management program remains to remove invasive pythons and other invasive species from the wild and advance research in methods to control pythons.

The Park is working closely with the FWC on the terms of the agreement which would allow FWC contractors to engage in python removals in the park, potentially as early as July 2018.

“We are excited to partner with FWC on invasive species management and are certain this partnership will increase python removals within our park,” said Everglades National Park Superintendent Pedro Ramos. “We worked hard in planning this expansion to ensure it won’t harm the park and its exceptional resources.”

To that end, the Park and the FWC will hold a required Everglades National Park orientation for the contractors so they fully understand the park’s program and rules they must follow prior to beginning removals within the park.

“We appreciate the support and efforts of our partners, especially Everglades National Park and Superintendent Ramos. With the leadership and support of Gov. Scott and our Commissioners, we have seen a significant increase in efforts and results to remove the Burmese pythons and other invasive species,” said FWC Executive Director, Eric Sutton. “Our success moving forward relies on everyone pulling together collectively including agencies, nonprofits, private landowners and individual citizens.”

Burmese pythons pose a significant threat to the Everglades ecosystem. Along with State, Federal, Tribal, and local partners, Everglades National Park and the FWC have invested millions of dollars and countless hours in developing and testing ways to remove pythons from the Everglades. While this research has improved knowledge of the python population, eliminating pythons using current technology is impossible. Search and removal by trained individuals remains the best method to remove pythons. The park used volunteers for removal in the past, and while it will continue to do so, the addition of FWC contractors will allow greater numbers of skilled people to engage in removals than ever before.

"While hunting remains prohibited by law in Everglades National Park,” said Everglades National Park Superintendent Pedro Ramos, “we believe the expansion of the program to include allowing FWC contractors to remove pythons in the park will be welcomed by concerned citizens that want to play a role in helping with this significant problem."

The FWC designed the Python Removal Contractor Program to further engage qualified individuals with python management efforts. Python removal contractors are paid for their efforts to survey for and, when possible, capture Burmese pythons in specific areas which will soon include Everglades National Park. They may also respond to survey requests in areas where pythons have been reported.

Burmese pythons became established in Florida as a result of escaped or released pets. People should never release nonnative pets in the wild in Florida. It is illegal and can negatively impact native wildlife and habitat. The FWC has an Exotic Pet Amnesty Program that allows nonnative pets to be surrendered without penalty.

For more information about python management in the Park, click here.