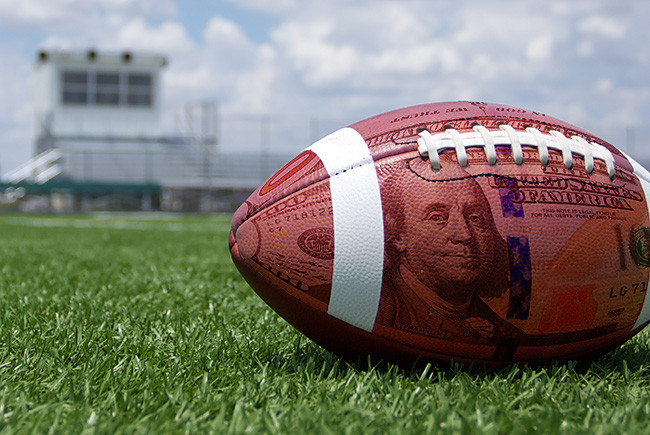 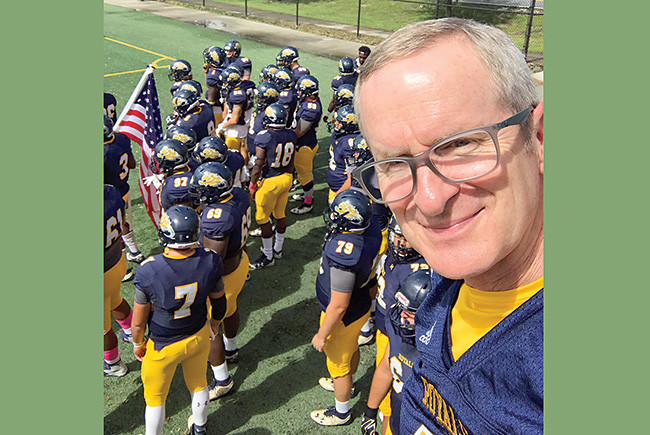 “If we did not have athletics, we would be hurting,” says Warner President David Hoag. “Football does get money for your institution.” 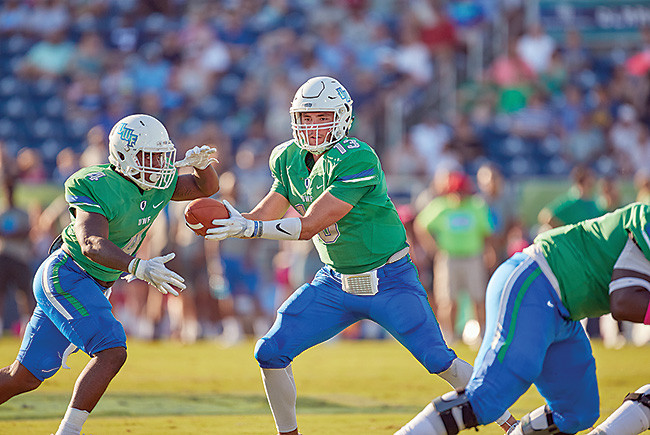 Football has raised UWF’s profile in peninsular Florida and outside the state, says Joffery Gaymon, vice president of enrollment and student affairs. That’s important exposure for an institution where 58% of students come from Northwest Florida. 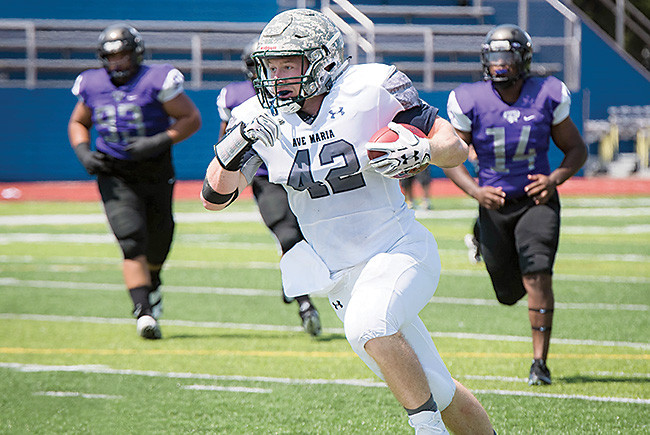 Ave Maria University, the Catholic university in the new town of Ave Maria in Collier County, added football in 2011 because benefactor Tom Monaghan, founder of Domino’s and former owner of the Detroit Tigers, wanted robust athletics. 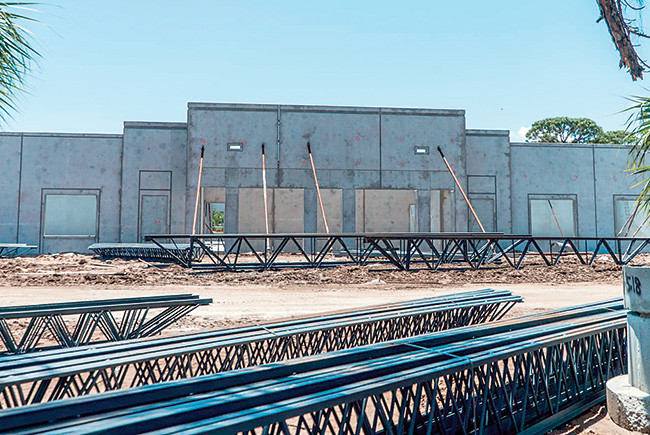 Keiser’s $8-million football stadium is expected to be completed this year. It will have 3,500 seats and a training facility. Art Keiser says he decided to start a football program after hearing that CEOs like to hire former small-college athletes.
< >

Athletic programs, particularly football, are helping small private colleges in Florida at a time of challenge. The schools are basically turning coaches into admissions officers — it’s all about boosting enrollment, not ticket sales.

The football field at tiny Warner University in Central Florida is a far cry from the stadiums at Florida’s major college football powers. No lights. No locker rooms or bathrooms. No stands. The team uses the field only for practice. It plays its games at the local high school, typically drawing around 500. Warner’s president, David Hoag, says he’d be happy to have an on-campus field. “I just need $3 million,” he says. “If you know anybody, let me know.”

Even if he had a new field, Hoag wouldn’t be looking for big revenue from sales of tickets, merchandise or broadcast rights. Small schools like Warner get little or no revenue from operating sports teams. For them, the role of intercollegiate sports is to boost enrollment by attracting tuition-paying recruits, who represent a net financial plus even after allowing for scholarships and the cost of fielding the teams.

In terms of sheer volume — this fall, Warner will have 140 football players among a student body of fewer than 1,250 — there’s no sport comparable to football. “If we did not have athletics, we would be hurting,” Hoag says. “Football does get money for your institution.”

Since 2011 in Florida, Warner and six other colleges have added football programs. Aside from the University of West Florida in Pensacola, which added NCAA Division II football in 2016, all the schools are small, private colleges with limited athletic scholarships. The state’s newest team, Keiser University’s Seahawks, kicks off its first season in August in West Palm Beach.

College football programs at big Division I schools provide plenty of visibility but typically lose money. Understanding why football works at the small schools means understanding their finances. Unlike their well-endowed private counterparts or big, publicly funded state universities, small schools depend on tuition to survive. At Warner, for example, tuition funds 95% of the budget.

Warner’s tuition is approximately $21,000. Room and board is another $7,000 to $8,000. The National Association of Intercollegiate Athletics, the alternative to the NCAA that many of Florida’s small colleges belong to, allows schools to offer the equivalent of 24 fullrides in football.

But schools can spread that allotment among more than 24 players — offering a full-ride for one student, a minor scholarship for another. If coaches hit their targets for recruitment and tuition — net revenue per player — “it will begin to pay for itself,” Hoag says.

It behooves Warner coaches to find smart players. Hoag doesn’t count student athletes who qualify for academic merit aid against the coach’s athletic scholarship allotment. With Warner’s 140-player football roster, the tuition revenue after scholarships works out to $1.8 million. Even after paying for coaches and other support, “you still have a very good return number,” Hoag says. “Football has been good for Warner. So have all the other sports.”

It’s a good deal for students too, he says. After accounting for an athletic scholarship and state and federal grants, a student getting the average athletic discount has to pay out of pocket only about $3,000 for tuition, plus room and board. Overall, the net price for all first-year undergrads in 2015-16, according to the National Center for Education Statistics, was $17,309 for tuition, room, board, fees, books and personal expenses.

A place to go

The schools don’t have to go far to find eager players in Florida, a football hotbed. In the last 10 years, the number of high schools in Florida fielding boys’ football teams has increased 18%, according to the Florida High School Athletic Association. The number of male participants increased 21% to a record 43,515 in 2016-17. (Over the same span, the number of Florida girls playing on boys’ football teams grew to 66 from just three.) “It’s the love of the game,” says Warner head coach Rod Shafer.

The state produces far more Division I players than the state’s Division I schools can take, along with a large number of talented, hard-working players who aren’t Division I caliber but still want to play. “Kids that are great athletes get passed over. They have to have a place to go,” says Shafer. Football programs at small colleges in Florida give them places to play where family can see them.

All the attention paid to football-related head injuries hasn’t deterred the growth in small-college football. Steve Hatchell, a former executive director of the Orange Bowl and now CEO of the National Football Foundation in Irving, Texas, says that publicity regarding NFL players with head injuries shouldn’t “govern all of football.” He hears regularly from college presidents interested in starting football programs.