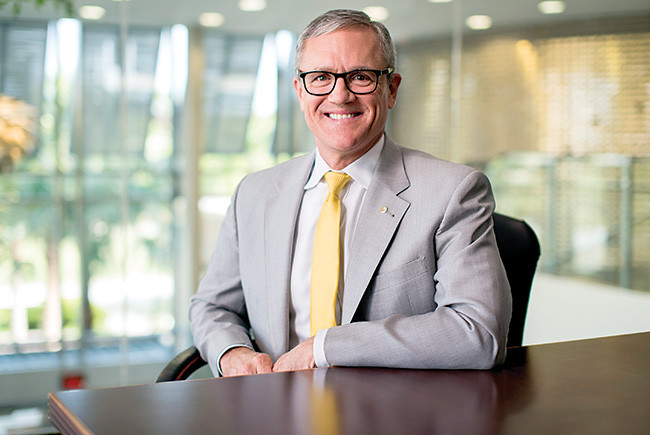 “I think what you might see is me being more external — more of the storyteller, more of the economic development partner, more of the advocate for higher education,” said UCF President Dale Whittaker. “I think you’ll see a strong provost being a strong university operations leader, and you’ll see me being fairly more engaged externally.” 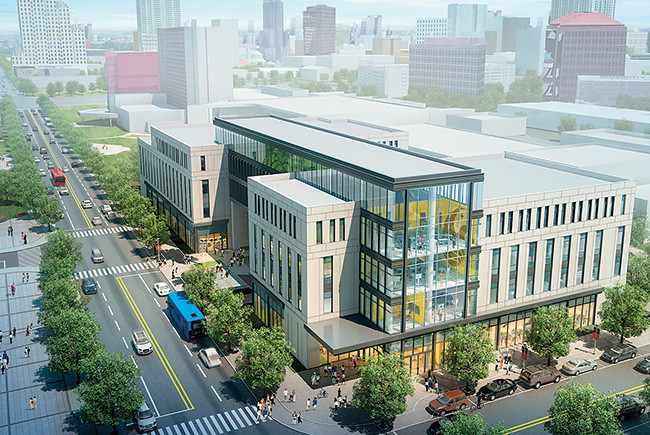 The 148,000-sq.-ft. Dr. Phillips Academic Commons will be the center of the UCF/Valencia campus when it opens next year.

On July 1, Dale Whittaker will become the fifth president of the University of Central Florida, succeeding John Hitt, who is retiring after more than 26 years on the job. Whittaker, who came to UCF four years ago from Purdue University, had been UCF’s provost and Hitt’s top deputy. He discussed his goals with Florida Trend from his office on the site of a new joint campus that UCF and Valencia College are building in downtown Orlando.