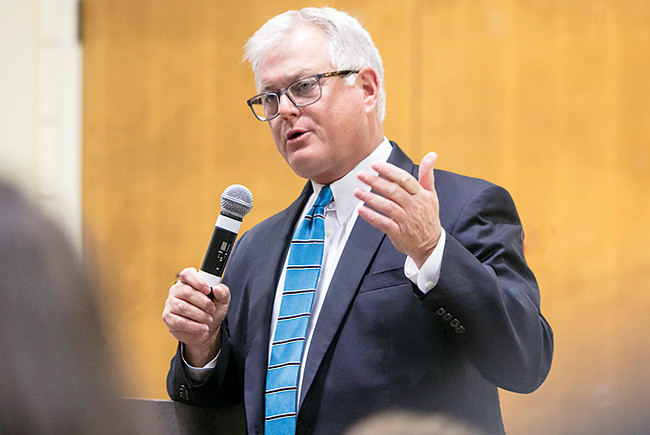 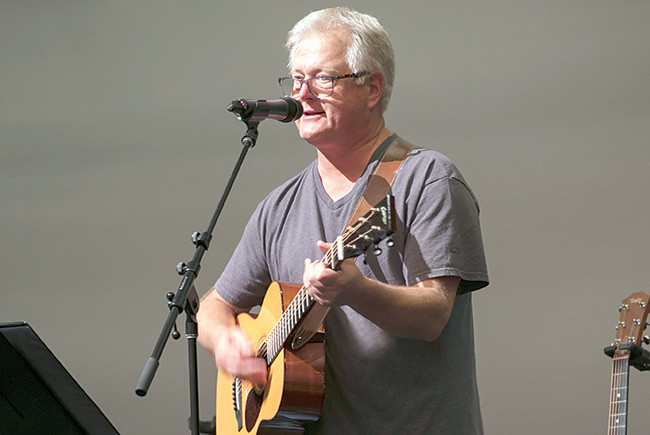 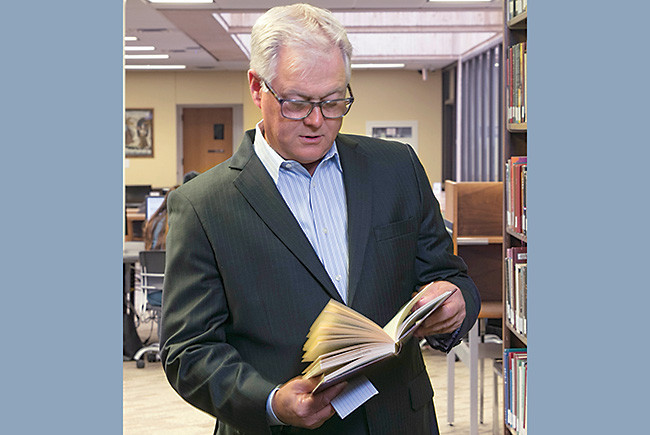 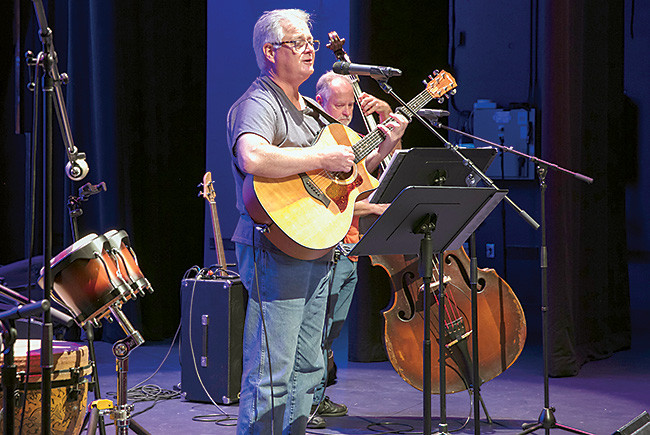 “Sandy is the best president in America. Period. And I include universities and private colleges in that,” says Jackson Sasser, president of Santa Fe College in Gainesville. 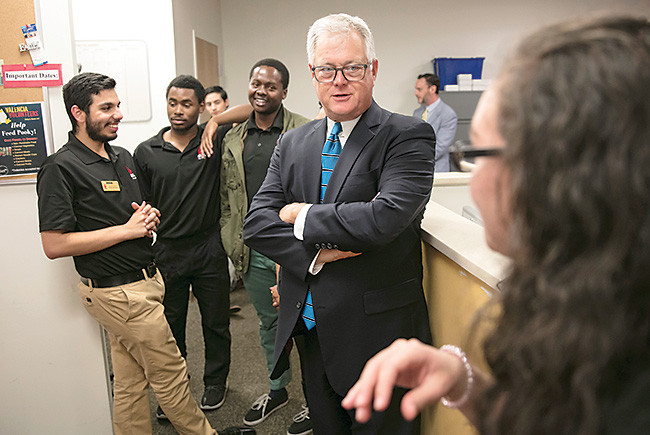 Graduates of Valencia — which has campuses in Orange and Osceola counties — have a roughly 95% job placement rate and account for one in every four graduates from the University of Central Florida.

Valencia College President Sandy Shugart – He's a poet, a picker and a prophet

Valencia College’s Sandy Shugart thinks differently about how people learn and how colleges ought to operate. In his world, student performance takes priority over enrollment growth — and science and art are two sides of the same coin.

Years ago, when he was the president of a community college in Texas, Sandy Shugart gave a speech to the state teachers union in which he argued that any student can learn anything under the right conditions. Afterward, a teacher came up to him to say that, while she agreed with him in most cases, there were certain subjects — a complicated foreign language like German, for instance — that were simply beyond the innate abilities of some people. She was, as it happened, a German teacher.

Well, that’s fascinating, Shugart replied. Because in Germany, he said, just about everybody can learn to speak German.

“That’s not genetic,” says Shugart, who is now the president of Valencia College in Orlando. “There’s not a Deutsche gene. It just happens that the conditions for learning German are exceptional in Germany. And I could take nearly anyone from any other country, drop them in Kitzbuhel with 100 euros and say I’ll be back in three months, and they’ll be speaking German when I pick them up.”

That philosophy — anyone can learn anything, under the right conditions — has been the polestar of Shugart’s 18-year tenure as president of Valencia, which, under his watch, has become one of the largest and most successful community colleges in the nation.

There might be no better example of that creed than Shugart himself. In addition to running a college with 45,000 full-time students, Shugart is also a singer and songwriter with three independently published records and a folk-rock band — Sandy Shugart & the January Band — that recently played at the $400-million Dr. Phillips Center in downtown Orlando. He writes poetry and has published a book called “Leadership in the Crucible of Work.” He has run marathons and been a scratch golfer. He has a favorite guitar maker — and a favorite sociologist.

To an outsider, they seem like a disparate assortment of hobbies. But to Shugart, who has spent a lifetime studying how people learn, they are all inextricably linked.

“I suppose I enjoy the variety,” says Shugart. “I like immensely when things are supposed to be out of different cultures and you discover that they’re really not. I could not possibly do management without music, or science without art, or human relationships without philosophy. I don’t want a garden unless I can think about cosmology. These things go together somehow.”

Shugart’s approach to educating has produced impressive results at Valencia. The school’s graduates have a roughly 95% job placement rate and account for one in every four graduates from the University of Central Florida. More than twothirds of Valencia students are minorities.

Seven years ago, the school won the first Aspen Prize, the honor most highly prized by community colleges throughout the nation. Four years later, Washington Monthly named Shugart one of the 10 most innovative college and university presidents in the country. Last year, he won the prestigious McGraw Prize for innovation in education.

“Sandy is the best president in America. Period,” says Jackson Sasser, president of Santa Fe College in Gainesville, who has known Shugart since the 1990s when the two of them ran community colleges in Houston. “And I include universities and private colleges in that.”

Sanford Curtis Shugart, 61, was born in North Carolina, the second of four children. His father, an English lit major who served in the U.S. Army Air Forces, was part of the group that flew the first daylight bombings against the Nazis in World War II. The division was immortalized in the Gregory Peck movie Twelve O’Clock High.

After the war, the elder Shugart moved his young family around often — California, Tennessee, Alabama, Georgia, North Carolina, England — because of what Shugart cryptically refers to as his dad’s “business interests.” Pressed for details, he says his father was “in the chemical business, on the sales side of it.” But that’s it. “It’s work that I wasn’t even supposed to know about,” he says. “He served his country in a number of ways, but always off the grid.”

His mother, a former concert pianist who played until she was nearly 80, was a music teacher who encouraged her children to play music. All three of his siblings went to Juilliard. His older brother plays the cello, and one younger sister is a violist; his other sister used to be a violinist but now is a venture capitalist with an apartment on Park Avenue in Manhattan. “We grew up in a musical family, a traveled family, a reading family — a European family is the way it felt to me,” Shugart says. Both parents live in a Winter Garden nursing home, where Shugart is a regular visitor.

When he was 16, his father’s “business interests” took the family to England. Shugart was enrolled in the Millfield School, a boarding academy in Somerset, where, he says, “I had my intellectual fires lit.” Shugart sees his life story as a series of big questions that he set out to answer. “The one that interested me the most was: What makes truth true? How do you know a thing is true or not? That’s why I went to college.” He enrolled in the University of North Carolina at Chapel Hill and chose chemistry as his major, with plans to study the philosophy of science in graduate school.

He got derailed. He had a religious conversion in college, describing himself as Anglican, and met his future wife, Jane, singing church hymns. (They have four children, the youngest of whom starts his freshman year at Florida State this fall.) Her father wouldn’t let them marry until Shugart started working, so instead of studying philosophy in graduate school, he took a job teaching high school chemistry in suburban Atlanta.