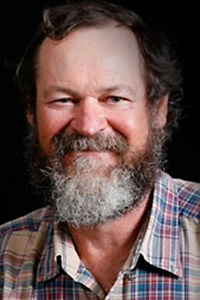 Florida citrus nurseries face unique challenges in the production of citrus nursery stock and the propagation of commercial citrus trees. Production of nursery trees under screen is far afield from the bare-root days of old. This reality fueled the need for specialized research to support the nursery segment. Florida Nursery, Growers & Landscape Association’s Citrus Nursery Division (FNGLA) reached out to UF/IFAS, and Dr. Richard Beeson stepped forward. Beeson serves as Associate Professor of Landscape and Ornamental Plants at the Mid-Florida Research and Education Center (MFREC) in Apopka. Those who attend FNGLA meetings and workshops are familiar with many aspects of Beeson’s work. This month’s column presents an opportunity to shine a brighter light on the man and his important contributions to the foundation of the citrus industry.

Beeson Joins MFREC
In the fall of 1988, Beeson accepted his current position at MFREC. At that time, the center had three locations. Beeson lived in Sanford working on (among other things) woody ornamental trees, water consumption, and plant growth. In 2000, the center’s satellite locations combined into the current facility on the eastern shore of Lake Apopka, opening new research opportunities.

In the summer of 2011, it was recommended that he work on greenhouse production of budded citrus. He initially declined, thinking that there were enough scientists working on citrus. However, when Dr. Brian Boman, a UF/IFAS Professor of agricultural engineering, offered to fly him to see the U.S. Sugar Nursery operation in February of 2012, he accepted the invitation. Beeson soon recognized the opportunity and the need.

Focused Research
Beeson immediately started work on nursery pot spacing experiments. When the work was complete, FNGLA invited its citrus nursery grower members to attend a workshop to hear the results. Representatives from approximately 20 citrus nurseries attended the meeting in Apopka. This level of engagement spoke to the need for more applied research in support of Florida citrus nurseries.

The spring 2013 meeting achieved double the attendance of the first, and Beeson was off and running. By October of 2013, money had been raised to erect a three-bay, 7,200-square-foot greenhouse. Work continues in this location with one UF-paid biological scientist (Robert Leckel) and a grant-funded position held by Heidi Savage. Since that time, Beeson’s research has focused on:
• Rooting studies on the rootstocks presently available
• Methods for rooting citrus cuttings — they rooted 26,000-plus cuttings from 18 rootstocks
• Efficient water use of various rootstocks
• Comparison of substrates
• Nursery tree nutrition
• Growth/production plan for each rootstock variety
• Irrigation methods and efficiency
• The effects of shade and differing screenhouse covering material
• Comparison of tissue culture, rooted cuttings, and seed liners (at the nursery level)


When asked to identify his two most impactful research contributions from his short tenure, without hesitation, Beeson offered: (1) the application of BA (Benzyl-adenine) for increased bud-take and (2) optimal spacing of pots in the nursery for tree growth and profitability. There have been many other projects, but these two had an immediate, positive impact.

He truly views himself as a servant of the FNGLA Citrus Nursery Division. He appreciates and enjoys the direct contact with the nurseries and the clear prioritization of their needs. He picks up ancillary ideas along the way for projects that may have benefit and can pitch or suggest additional work that may be beneficial.

This work is of great importance to Florida’s citrus nurseries; however, funding continues to be a significant barrier. Beeson needs approximately $50,000 to $60,000 annually for research costs that are not presently available. He also has a small wish list of things that would positively influence his ability to research pressing nursery issues:
• Cooling pad donations
• Large fans with water emitters for cooling
• Funding for nutrition and micro-propagation work
• Funding to cover the cost of a technician

When asked about the FNGLA relationship with Beeson, FNGLA’s CEO Ben Bolusky described it as the quintessential model of how industry and science can and should work together to deliver meaningful results. FNGLA’s citrus nurseries interact regularly and directly with Beeson, so he hears their nuanced production questions and challenges firsthand. This enables him to conduct the very research needed. Beeson then shares the results in ways the citrus nursery growers can immediately implement and gain the benefits.

Citrus Trees Under Protective Screen
Beeson recently said that the typical hours of sunlight available to Florida citrus trees is above optimal. His statements in this area inspired a question related to citrus under protective screen (CUPS).

Will CUPS trees likely be more or less efficient than field trees? Beeson suspects that CUPS trees will be somewhat more efficient than field trees, as they perform better with a little shading. After all, citrus originated as an under-canopy crop. During a time when the primary focus is identifying and removing/minimizing stresses, it will be interesting to see whether this hypothesis proves true.

A Circuitous Path
Beeson grew up on a 70-head dairy farm in the rolling hills of North Carolina within eyesight of Richard Petty’s NASCAR operation. When he was 13 years old, his father and uncle sold the dairy, started a rhododendron nursery and further diversified into beef cattle.

After Oregon, and a brief stop back in North Carolina, he accepted a position at Laval University in Quebec City. His time in Quebec was serendipitous, as this is where he met and married his wife. Their marriage took place in a 300-year-old church, and the event literally shook the earth. An earthquake ensued immediately following the rehearsal.

This story is from Growing Produce.