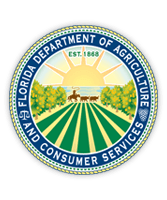 TALLAHASSEE, Fla. — Florida Commissioner of Agriculture Adam H. Putnam released the following statement on May 10 after the U.S. Department of Agriculture released its monthly citrus crop forecast for the 2017-2018 season:

“Today's citrus crop forecast is another reminder of the continued struggles of Florida's iconic citrus industry since Hurricane Irma inflicted unprecedented damage last year. But thanks to the collaborative efforts of the United States Department of Agriculture, Florida's agriculture industry and our elected leaders, a much-needed disaster relief package is on the way to help growers get back on their feet.”

In the wake of Hurricane Irma, Commissioner Putnam announced that Florida citrus sustained more than $760 million in damages. In the weeks following Hurricane Irma, Commissioner Putnam joined Governor Rick Scott in Washington D.C to discuss the agricultural damage and to request federal assistance with Florida's Congressional Delegation. In February, the U.S. Senate and House of Representatives passed a spending bill that included more than $2.3 billion for agricultural assistance.

The teenage founder of Helping Others and Giving Hope, a Miami-based community nonprofit, and a South Florida real estate agency donated an apartment in Coral Reef to COVID-19 frontline nurses whose home burned down.