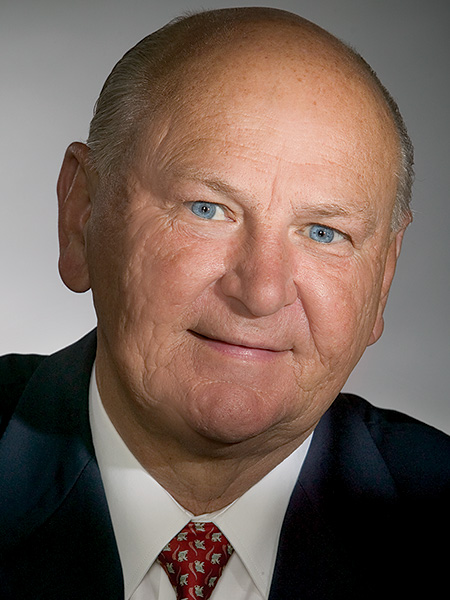 He started three Fortune 500 companies - all from Florida.

In 2006, FLORIDA TREND debuted a new feature, the Florida Icon. H. Wayne Huizenga was the first person we chose to interview, for good reason — he was the most iconic business figure in the decades we had been publishing. Huizenga died in March of cancer.

Restless and ambitious, a man for whom money was how you kept score, his list of accomplishments included a Horatio Alger Award and Ernst & Young national and world Entrepreneur of the Year honors. He is said to be the only person to build three Fortune 500 companies — Waste Management, Blockbuster and AutoNation. He had six NYSE-listed companies, and at one point simultaneously owned the NFL Miami Dolphins, MLB’s then-named Florida Marlins and the NHL’s Florida Panthers.

These days Florida is home to numerous billionaires who remain rooted in their home states and continue to build their businesses there, invest there and give there. Huizenga built his empire from Florida. He created companies, jobs and wealth here. He and his wife of 40-plus years, Marti, who died 14 months before her husband, opened their checkbook to local needs, including generous gifts to the Boys and Girls Club. In Broward, a park, a street and a center for the homeless bear the Huizenga name, along with the H. Wayne Huizenga College of Business and Entrepreneurship at NSU.

Not that he deprived himself. He had a classic car collection. His fleet of aircraft included a 737. He flew friends like quarterback Dan Marino to Europe for golf outings. Downtown Fort Lauderdale has a helipad because of Huizenga. He built himself a personal country club in Martin County where golfer Greg Norman and former General Electric CEO Jack Welch would play. At the height of his Blockbuster Entertainment period, he had the Legislature grant him Walt Disney-esque powers to create his own government to develop and control a theme park-sports venue quickly dubbed “Wayne’s World.” Once described as Florida’s 68th county, it never came to be.

A Chicago native, Huizenga grew up in an unhappy home. The family brought him to Florida in his teens. He attended Pine Crest, nowadays a top-tier private school in Fort Lauderdale. He had little patience for school. After a stint in the Army, he partied at and dropped out of Calvin College. In 1962, four years after FLORIDA TREND got its start, he acquired a garbage truck. He drove the truck from before dawn to midday, then knocked on doors to sign up customers.

Huizenga was tough and combative. Ironically for an executive who emphasized the importance of treating customers correctly, he got into it with one customer early in his career and wound up losing a minor criminal and civil assault case.

Work and life were inseparable for him. His first marriage ended with his wife distraught over his treatment of her, and his lifestyle — work and sleep. He didn’t mind borrowing to build, curried political favor and, to employees, was demanding and motivating.

His genius wasn’t operations. He merged his fleet into another to become Waste Management, his first big success. Then came Blockbuster. Huizenga had a new template: Associates, former employees and friends would bring him an idea, preferably a business with strong cash flow in a fragmented but growing industry. He invested and summoned capital, which allowed him to snap up and consolidate similar operations, which he then put into the hands of his lieutenants.

Huizenga reached such dizzying heights that the mere announcement of his interest in a company or sector set it on fire with investors.

The touch of Florida’s Midas didn’t turn everything gold. In 1995, he bankrolled a used-car superstore chain. Dealers and car industry experts correctly predicted it wouldn’t work. But Huizenga pivoted, went on an acquisition spree of car rental firms and franchised dealerships and put in proven car industry guys to run it, turning the AutoNation used-car superstore flop into AutoNation, the nation’s largest auto retailer. It grew to 27,000 employees. Headquarters: Fort Lauderdale.

By the time of that first Icon interview, Huizenga had helped establish Florida as more than a vacation state. He at last seemed satisfied. “I’m not looking to climb any more mountains. I don’t want to retire, but I don’t need a new challenge.”