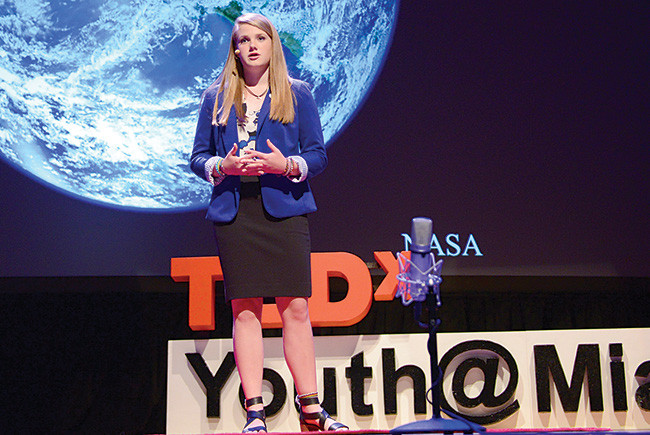 “Growing up, I split my time between Miami and a small island in the Florida Keys called No Name Key. I’ve always loved nature because I’ve always been in or on the water.” - Delaney Reynolds 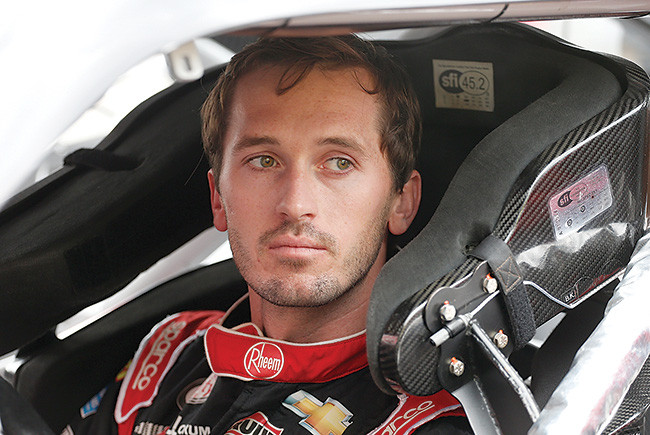 Ben Kennedy’s best racing performance came at Bristol Motor Speedway, where he won the 2016 UNOH 200 behind the wheel of a Toyota Tundra. 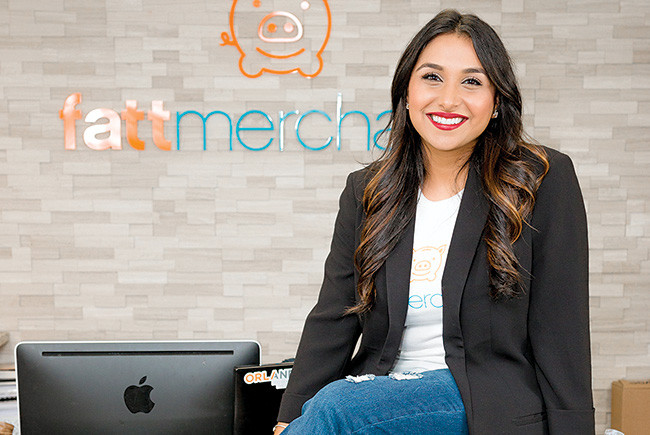 Madhani started Fattmerchant in Orlando in 2014. She expects to have more than 100 employees within a year. 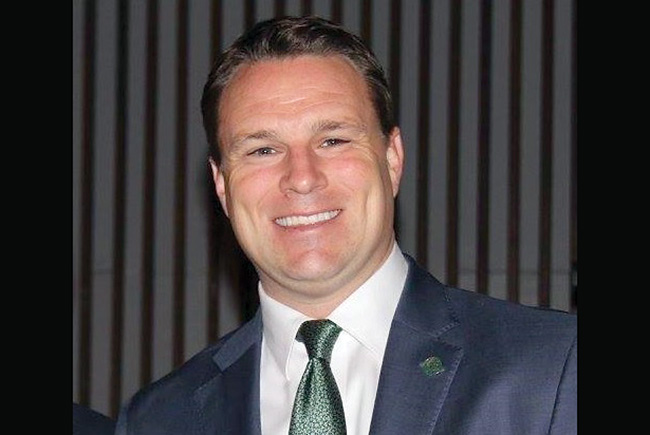 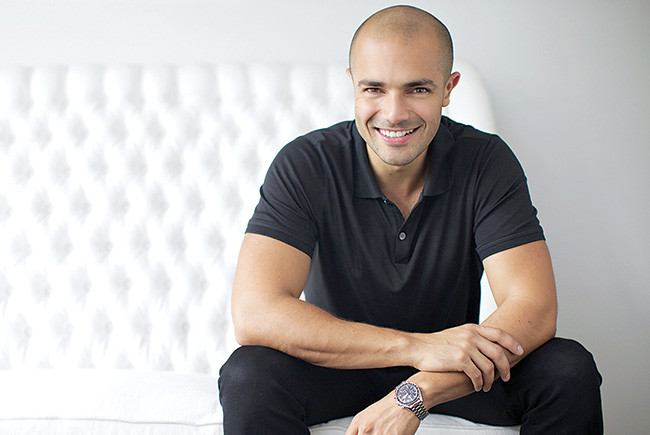 “Ten years ago, raising money in Miami for an early-stage business was very difficult.” - Andres Moreno 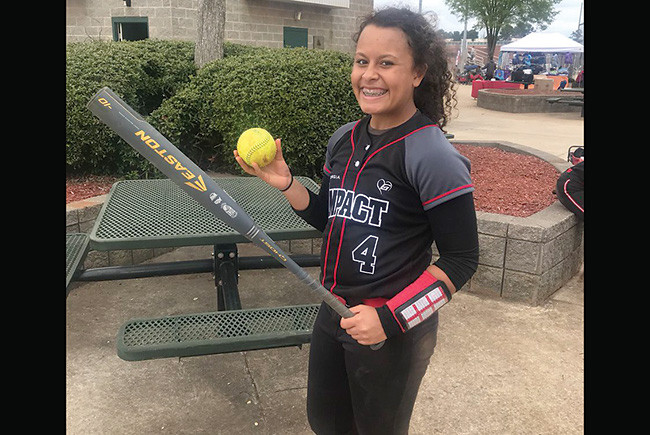 Alexia Carrasquillo, 12, verbally committed to play softball at the University of Florida.
< >

Miami native Delaney Reynolds gave a TedX talk, addressed the U.N. General Assembly and appeared on MTV alongside former Vice President Al Gore — all before turning 18. The environmental activist is founder of the Sink or Swim Project, a non-profit focused on stopping sea-level rise.

Her political awakening came in 2015, when she decided to attend a Miami-Dade County hearing on a draft budget proposal that did not include any money to deal with increased flooding from sea-level rise. She publicly urged county commissioners to put $1 million toward the problem. Ultimately, they agreed to a $300,000 appropriation and created a government position of chief resilience officer.

“That kind of showed me that even though I didn’t have a vote, I had a voice in my community, and I could make a difference,” she says.

Last year, Reynolds worked with South Miami Mayor Philip Stoddard, a biology professor at Florida International University, to enact a requirement that new homes built within city limits have solar panels. The measure, which passed 4-1, was the first of its kind outside of California.

Reynolds, now 18, attends the University of Miami, where she’s studying marine science and biology. She says she’s considering a career in environmental science or law and plans to continue her activism work.

“I’ve seen sea-level rise get worse and worse, specifically in Miami Beach,” she says. “If we don’t start to do something, the entirety of Miami- Dade County could become Miami Beach. We could become Atlantis.” — Amy Martinez

After competing at the ground level in the family business for several years, Ben Kennedy has moved into management. Kennedy, 26, is the great-grandson of late NASCAR founder Bill France and the son of Lesa France Kennedy, CEO of International Speedway Corp. and a NASCAR board member.

As a college student, Kennedy interned at Daytona International Speedway, doing “a little bit of everything,” he says, “from helping park cars for the Coke Zero 400 to making signs for the old flag stand, to trash duty, to even working the sewage truck.”

In 2014, he graduated from the University of Florida with a degree in sports management. By then, he had already begun racing in NASCAR’s truck series, earning Sunoco Rookie of the Year honors for 2014.

Earlier this year, Kennedy quit racing to become general manager of the Camping World Truck Series, making him a possible heir to his uncle, Brian France, who in 2003 succeeded Bill France Jr. as NASCAR CEO.

Three generations of Frances have controlled NASCAR since its founding 70 years ago in Daytona Beach. Kennedy now appears poised to continue the family’s legacy into the fourth generation. — Amy Martinez

Once laughed out of the room by bosses who thought her idea was preposterous, Suneera Madhani, a 30-year-old Pakistani-American in Orlando, is now CEO of one of Florida’s most promising startups, Fattmerchant, which is doing to the credit-card processing industry what Uber and Lyft have done to the taxi business. Madhani founded Fattmerchant in 2014, with a business plan built around charging clients flat subscription fees in an industry where most processors demand long-term contracts and charge an assortment of fees. The company, which has raised more than $7 million from investors, has processed more than $1.4 billion in transactions in less than four years. It has grown from Madhani alone to a team of more than 50 working in a downtown Orlando office tower — and it expects to have more than 100 employees within the next year. Madhani, who says she has rejected funding from venture capitalists who wanted her to move Fattmerchant out of Orlando, has become a leader in Orlando’s fledgling startup scene and has appeared alongside Mayor Buddy Dyer at events to promote the city. — Jason Garcia

It’s not easy to run the Florida House of Representatives and be both well-liked and effective. Weatherford, House Speaker from 2012-14, is one of the few who have pulled it off — and he did so as the youngest Speaker in Florida history. Now 39, Weatherford has stepped away from politics for a bit to launch a private equity firm with his two brothers and spend more time with his four young children. But the Wesley Chapel Republican is a good bet to run for governor soon — in 2022 if a Democrat wins this year, or 2026 if a Republican wins. His timing might just be perfect: One of Weatherford’s most significant acts as Speaker was to champion legislation providing in-state university tuition to the children brought into the country by undocumented parents. It’s a legacy that would make him vulnerable in a Republican primary in the current age of Trumpism. But it could be a strength four or eight years from now, as the state’s demographics continue to change. — Jason Garcia