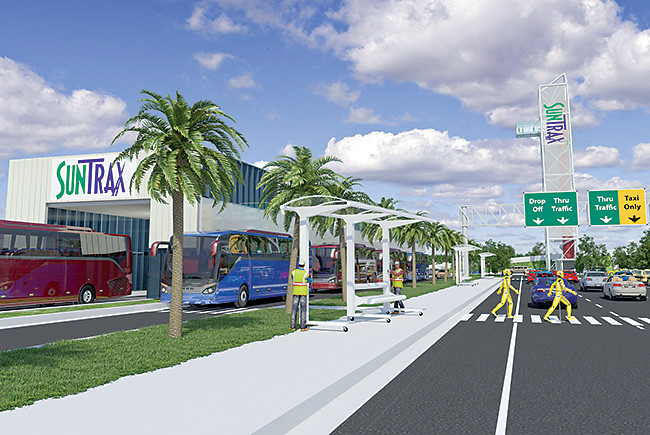 A $42-million, 475-acre SunTrax autonomous vehicle testing facility is under construction near the campus of Florida Polytechnic University. The 2.25-mile track is expected to be completed by spring 2019. The track will also be used to test tolling technology, smart phone payments and lane design. 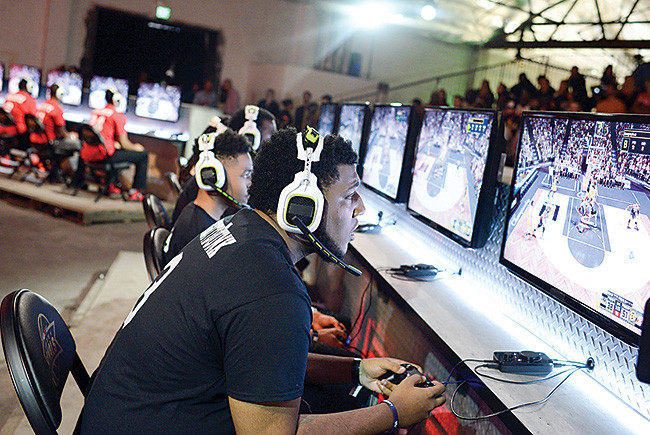 Orlando has been successful in diversifying its economy away from tourism. Electronic Arts in Orlando is part of a growing digital media industry in the region. 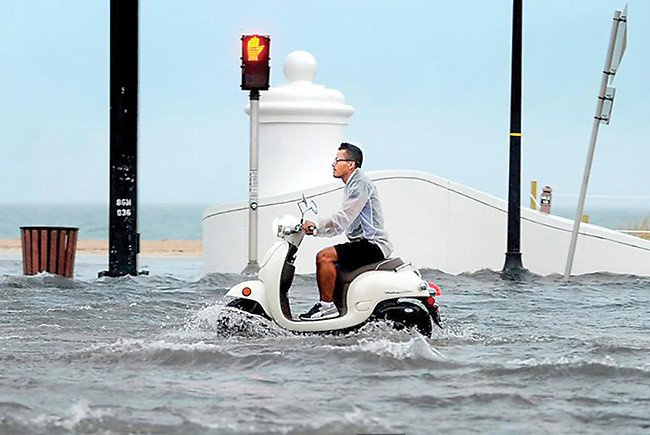 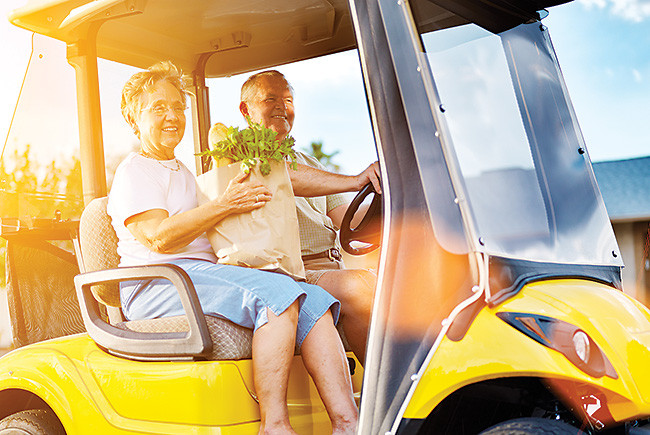 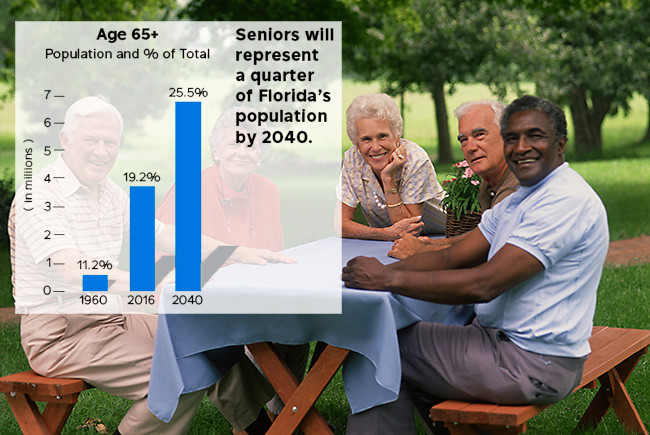 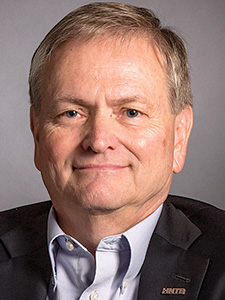 The Trends That Will Shape Florida's Future

Transportation consultant George Gilhooley uses two words to describe how we’ll get around in the future: Autonomous vehicles. Cars and trucks will be equipped with technology enabling passengers to tell the vehicle where they want to go and then sit back while it takes them there. Road infrastructure will feature sensors that “talk” to AVs to alert them to red lights and pedestrians, for example. Rather than own cars, many people in urban areas will rely on low-cost, shared AV services that match passengers going in the same direction. “All you’ll have to do is hail a vehicle from where you are with your phone, and it’ll be there for you to hop in,” says Gilhooley, a senior vice president with HNTB in Orlando. What this all means for people who still want to drive is unclear. Gilhooley predicts infrastructure planners will make accommodations, with separate lanes for AVs and human-driven cars and trucks. “If you still want to drive your old pickup truck, you can use another lane,” he says.

Autonomous vehicles will pose other challenges: In planning bridges, for example, state transportation officials will be making billion-dollar decisions today without knowing exactly how wide to make the lanes for autonomous vehicles that will be driving over the spans 15 to 20 years from now. Another question for the state DOT: With more than half of its budget coming from taxes on gasoline, how will it be funded in an era of all-electric vehicles?

If there’s a template for Florida’s cities going forward, it’s Orlando. The city, whose economy leans heavily on tourism and housing, has made important strides in diversifying its economy. The region is now a global epicenter for modeling, simulation and training, thanks largely to the presence of U.S. military contracting offices that together spend roughly $4 billion a year. It is a significant center for video game and digital media production, anchored by the Electronic Arts studio that produces the Madden NFL franchise. And while the struggles of the heavily subsidized Sanford Burnham Medical Discovery Institute have embarrassed local leaders, the region is slowly cultivating a broader health, wellness and life-sciences sector with assets such as Nemours Children’s Hospital and the United States Tennis Association’s national campus. But Orlando is also a reminder of how challenging such transitions are. Despite the progress on diversification, Central Florida’s economy remains dominated by tourism. It struggles with the lowest median wages in the nation, an affordable housing problem and a homelessness crisis.

Mention sea-level rise, and everyone on the climate change spectrum hits the ideological trenches: On one side are those who anticipate an apocalypse; on the other, those who say no worries. Here’s what we know: Seas along Florida have risen since the depths of the last Ice Age. Projections of rise out to 2025 are 1.5 inches to 3.5 inches for Florida, less than the daily tidal variation. Projections out to 2100 vary from 27.5 inches to 75 inches. Cities and counties already are building infrastructure and enacting policies to manage some degree of rising seas. Expect more such policies, and private sector decision-making, to harden the state over time against rise. We know that Florida has experience living with water. We also know that a species that saw 21-plus million settle here in the last 100 years can figure out how to accommodate or withdraw, as needed, in the next 100.

The story of Florida’s last 60 years is, in many respects, the story of The Villages, which started out selling tracts of land by mail and was eventually transformed by the late H. Gary Morse into a master-planned community for retirees that now has about 120,000 residents and continues to be the fastest-growing metro area in the country. That story seems unlikely to change over the next 60 years. The Villages itself continues to expand; it has begun work on a new “village” in Lake County, dubbed “The Villages of West Lake,” that could eventually add 8,000 homes.

That said, the look of Florida’s growth will change. Cities will continue to get denser, with particularly intensive development around downtowns, employment centers and transportation hubs. And as seas rise, more of that growth will move inland — where big landowners like Rayonier, Weyerhaeuser (which bought Plum Creek) and Four Rivers Land & Timber (formerly Foley) in the north, to Duda and U.S. Sugar in the south, are waiting. The biggest of all is Deseret Ranch, the 300,000-acre, Mormon Church-owned property in Central Florida that envisions as many as 220,000 homes and nearly 500,000 more people by 2080.

The private sector’s opportunity is the public sector’s challenge. “If nothing is done today to prevent or cure dementia, we are looking at a ‘silver tsunami’ of cases that will overwhelm the health care system in Florida and the rest of the United States. Florida currently has the most Medicare beneficiaries and second-highest number of dementia cases in the U.S. As our population continues to grow and age, the number of cases in Florida alone is projected to exceed 1 million by 2030,” says James Galvin, associate dean, clinical research, Charles E. Schmidt College of Medicine, Florida Atlantic University, Boca Raton.