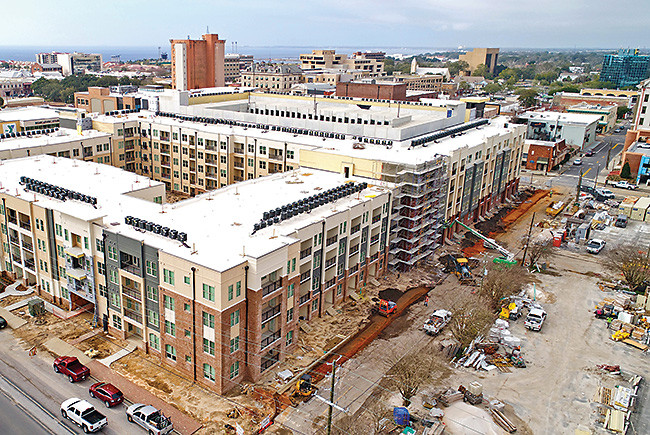 Quint Studer’s Southtowne apartment complex is going up on the former site of the Pensacola News Journal. 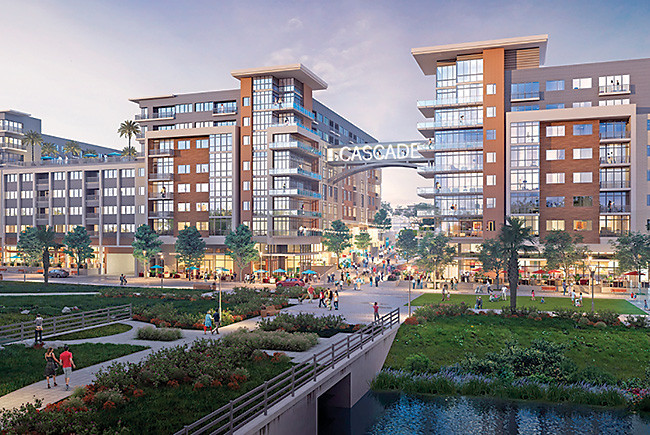 The Cascades Project will include residences, a restaurant, a hotel and office space over two blocks. 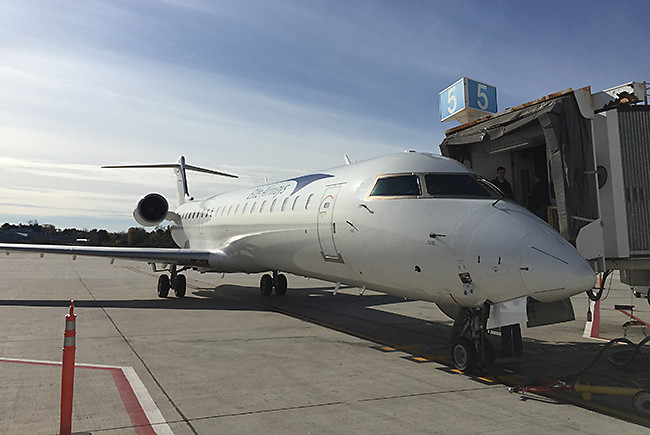 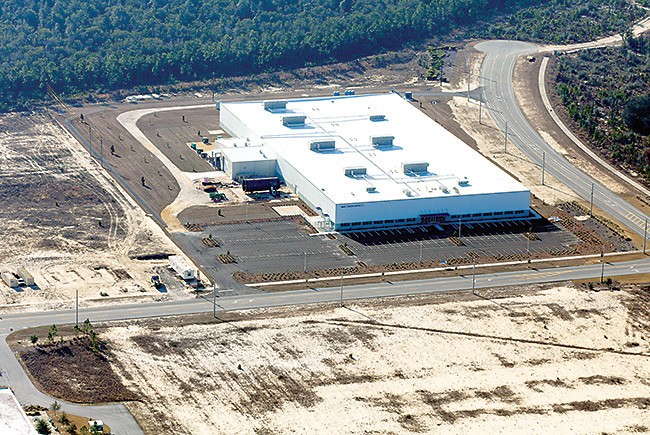 GKN Aerospace is building a $50-million facility at Venture Crossings in Bay County. 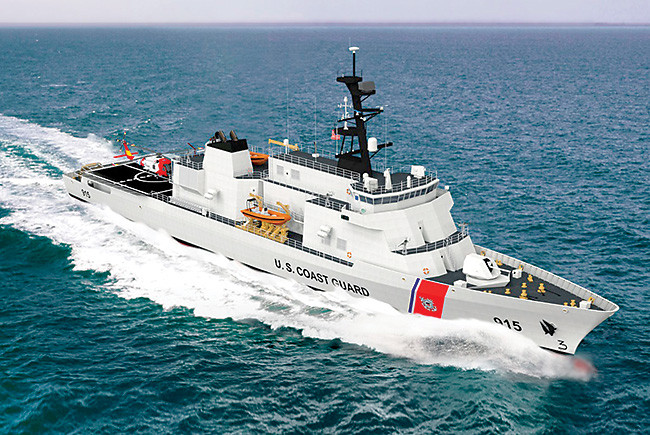 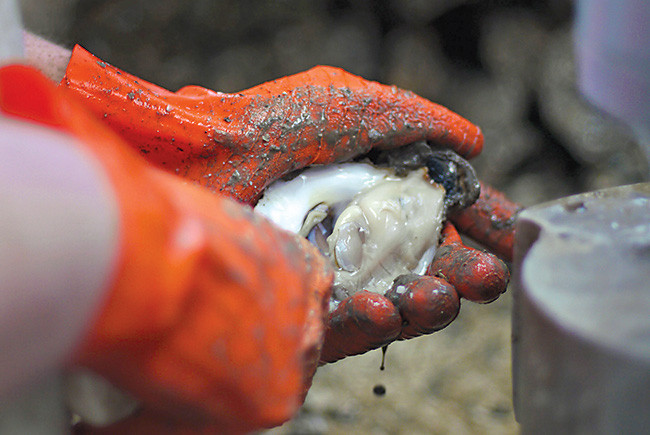 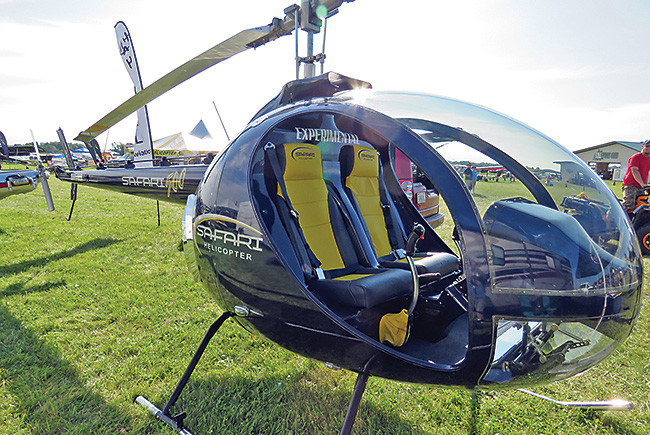 Safari Helicopter in Jackson County signed a dealership agreement with a Russian company.
< >

Northwest Florida: In 2018, economic strengths and challenges, people to watch

For decades, downtown Pensacola witnessed a steady decline in residents and visitors, in large part because of scarce affordable housing, limited retail shopping and meager entertainment and recreational venues.

Today, downtown Pensacola’s residential population is growing rapidly, and its commercial core is undergoing a sustained renaissance, thanks to several local investors and an improved economic climate.

During the first quarter of 2018, more than $100 million in construction was completed downtown, including a $53-million, 252-unit apartment complex and $15-million office building, both developed by Quint Studer.

Other recently completed projects include a $14-million bank building and a 106-room Holiday Inn Express.

The county fell from 55th to 58th in the Florida Department of Health’s 2017 community health survey rankings.

Dr. John Lanza, director of the Florida Department of Health in Escambia, says one of the major reasons for the health disparities across the region is a higher level of poverty from county to county.

“A lot of what we see as far as health outcomes go ... can be explained by the stress associated with poverty, including lack of exercise and lack of good nutrition,” Lanza says.

According to the report, compiled by the Robert Wood Johnson Foundation and its partners, 27% of children in Escambia County live in poverty, compared to 17% in neighboring Santa Rosa County.

On a positive note, Baptist Health Care and Sacred Heart Health System have launched an initiative working with local businesses to encourage healthy lifestyles, promote exercise and discourage tobacco use among their employees.

A renewed focus on community engagement, neighborhood patrols and advertising campaigns have contributed to double-digit declines in crime in both Escambia County and Pensacola.

Major crimes, such as murder, rape, robbery, burglary and motor vehicle theft dropped 14% countywide and more than 10% in Pensacola, according to data released in 2017 by the Florida Department of Law Enforcement.

The most impressive declines were in burglaries, which fell by 650 cases from the previous year, and larceny cases, which dropped by 1,334.

Escambia County’s 15.6% reduction in crimes is in part because of “continued engagement with residents through community policing, our billboard campaigns and commercials,” says Sheriff’s spokesman Maj. Andrew Hobbs.

A downtown Tallahassee building boom that began in earnest in 2017 shows no signs of slowing this year.

At the end of last year, the Tallahassee-Leon County Office of Economic Vitality reported that more than 120 major projects, including hotels and apartment complexes, were either under construction or were being reviewed for permitting.

Major developments in the city’s commercial core include the Cascades Project, a $158-million mixed-use complex that will include apartments, townhouses, a restaurant, a five-story hotel and commercial office space across a two-block site.

The other big project moving forward, although still in the planning and development stage, is the Arena District, an initiative of Florida State University. FSU’s plans call for a convention center, a hotel and relocating the FSU College of Business. The Arena design phase should be complete in the next 2½ years, FSU officials say.

For the third consecutive year, the Leon County metro area has posted the highest crime rate in the state, according to the Florida Department of Law Enforcement. Despite a drop of 11% in violent crimes, property crimes rose 7%, keeping Leon atop the crime rate statistics among metropolitan counties.

Crime in the Tallahassee/Leon area was measured at a rate of 5,655 per 100,000 residents, an increase over the previous year’s rate of 5,294, according to the FDLE.

“Obviously, we can’t continue to do the same things we have been doing for the last three years. Something’s not been effective,” says McNeil.

The time and expense of getting to and from Tallahassee by air, especially from South Florida’s major metro areas, has been a continuing source of concern for local officials and business leaders.

However, in 2017 the cityowned and operated Tallahassee International Airport saw progress.

City officials also are working on a plan called Airport Gateway, an effort between the city and Florida State University. FSU spokesman Kevin Graham says the university is partnering with the city on major improvements along a corridor from FSU’s main campus to its 900-acre southwest campus and the airport.

Becca Hardin, president of Bay Economic Development Alliance, says the 135,000-sq.-ft. facility, completed in December, is in the process of hiring approximately 170 employees at an average salary of $65,000.

The maintenance facility was financed and constructed by St. Joe Co., which is leasing the building to GKN. St. Joe owns Venture Crossings.