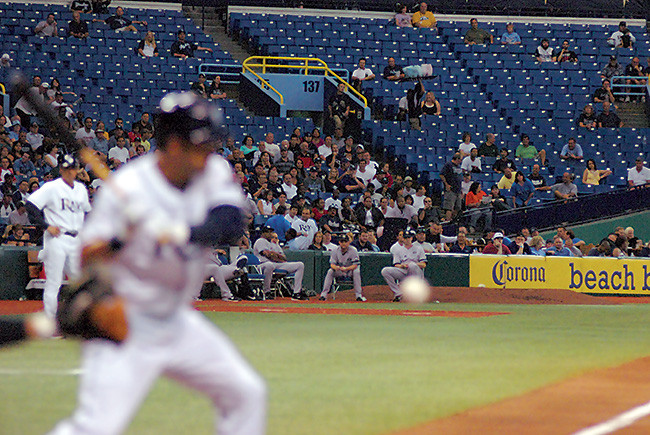 The Tampa Bay Rays are hoping a potential move to Ybor City in Tampa will increase attendance. 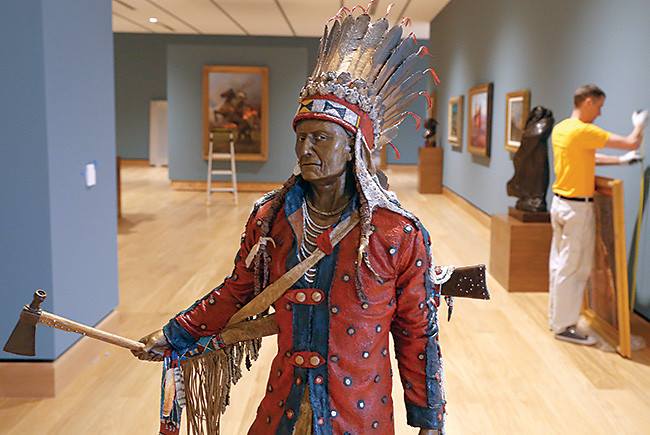 The $55-million James Museum of Western & Wildlife Art is expected to open this month. 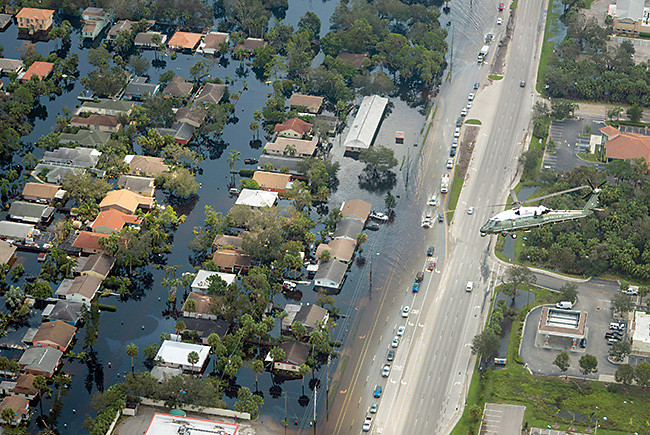 Hurricane Irma made landfall near Marco Island, causing about $320 million in property damage in Collier County. 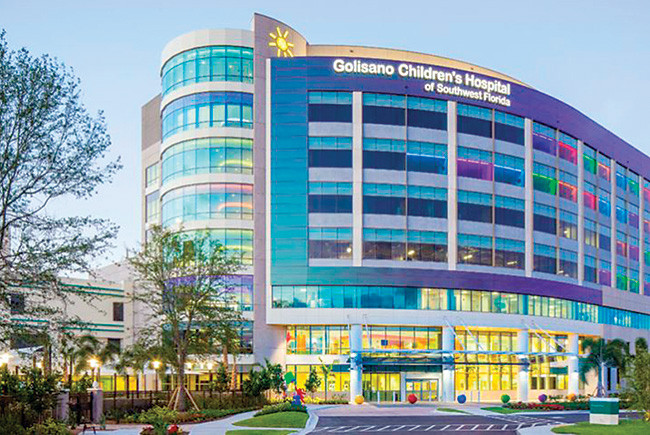 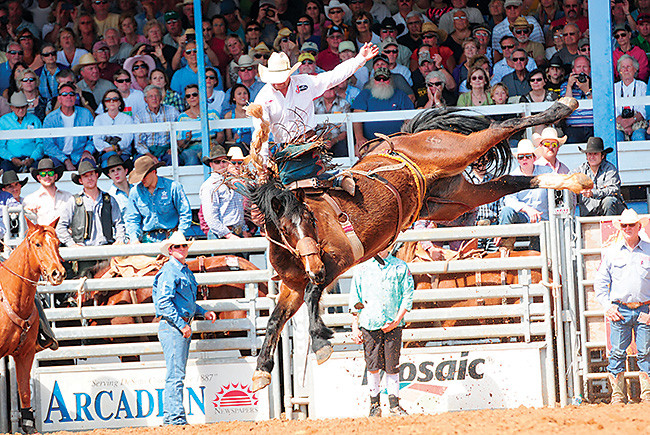 The Arcadia All Florida Championship Rodeo was held for the first time at the $6-million, 7,796-seat Mosaic Arena. 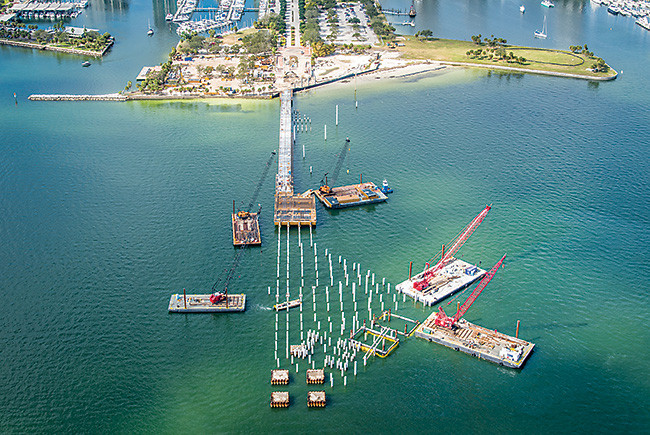 Construction on a new St. Petersburg Pier is under way. The project is expected to be completed by May 2019.
< >

Southwest Florida: Snapshot of the region's economic strengths and challenges, people to watch

During the 1970s and 1980s, Tampa and St. Petersburg competed to be the most desirable Tampa Bay city to land a Major League Baseball team. The battle ended in 1986, when St. Petersburg broke ground on a stadium, then known as the Suncoast Dome, now Tropicana Field. With a baseball-ready stadium in place, St. Petersburg won the Tampa Bay Devil Rays in 1998 — but Tampa never lost hope. Now, with Rays’ attendance last in MLB for six consecutive seasons, Tampa and Hillsborough County see an opportunity to lure the Rays. A proposal to build a baseball stagradium on 14 acres in Tampa’s Ybor City neighborhood is gaining traction. The stadium would be adjacent to downtown and within walking distance of Ybor’s popular bar, restaurant and club scene. Ray’s owner Stuart Sternberg, who said he was “genuinely excited” and “cautiously optimistic” about the proposal, says the team might be willing to cover $150 million of the stadium’s projected $800-million cost.

The announcement in 2009 that the Hillsborough County School District had won a $100-million stagrant from the Bill & Melinda Gates Foundation generated optimism and excitement. But the district has struggled with the foundation’s requirement that the district match the grant with $100 million of its own. MaryEllen Elia, Hillsborough’s superintendent at the time, was fired in 2015 amid a growing budget crisis that saw the district spend $83.6 million in reserve funds between 2014 and 2015. Her successor, Jeff Eakins, froze wages and cut 600 jobs. Teachers protested at school board meetings this school year. Also, hundreds of students at eight schools walked out of their classrooms last November to support raises for their teachers. More troubles loom: The district needs $1 billion to build new schools and another $1 billion to maintain its existing schools.

Realtor.com ranked Tampa the top city that Americans moved to in 2016. WalletHub ranked it the 16th-best city in the U.S. to find a job. The Milken institute ranked Tampa’s economy 15th in its annual ranking of top-performing cities, up 18 spots from 2016. And the Tampa area ranked third in the state in job creation last year after it added 28,000 private-sector jobs. But there’s one ranking the city wants to change: Tampa and its surrounding communities have the highest number of available jobs in the state — more than 40,000 — with about 13,000 of those in high-skill, high-wage STEM occupations. To help fill the gap, Revature, a technology talent development company, has opened a facility at the University of South Florida in Tampa that will train students and help them find jobs. Also, the Tampa Hillsborough EDC, Visit Tampa Bay and Hillsborough County created Make It Tampa Bay, a marketing effort targeting high-skill, job-seeking professionals across the country. Its website (makeittampabay.com) includes links to job search sites and stories about local professionals touting Tampa. “Talent is the top priority for companies looking at our market for potential relocation or expansion,” says Tampa Hillsborough EDC CEO Craig J. Richard.

Pinellas County is being buffeted by conflicting trends. On one hand, car thefts have fallen from 4,659 in 2006 to 2,390 in 2016. However, the number of cars stolen by joyriding juveniles has risen significantly over the years — from 262 in 2006 to 359 in 2016, peaking at 499 in 2015. As the number of teens stealing cars has increased, so have the number of car crashes. During the last two years, eight teens, including passengers, have died in theft-related wrecks. The deaths have galvanized the community to seek solutions. Following a series of public forums, U.S. Rep. Charlie Crist organized an expo to connect teens with activities designed to keep them occupied and out of trouble. Pinellas Sheriff Bob Gualtieri directed his office to link social workers with the families of children prone to crime to address underlying causes.

For 13 years, a modest shopping plaza at the corner of 22nd Street South and 18th Avenue South has been a barometer of progress in St. Petersburg’s economically challenged Midtown neighborhood. The opening of a Sweetbay there in 2005 was a huge win for the area, which had lacked a major supermarket. Sweetbay left in 2013 amid lagging sales, leaving the store empty until city officials convinced a Walmart Neighborhood Market to take the space later that year. But Walmart couldn’t make a go of it either and left in 2017. Today, the nearly 40,000-sq.-ft. space sits empty, as does one of Tangerine Plaza’s smaller retail spaces. There are signs of hope, though. The neighborhood’s poverty rate has dropped from 34.9% in 2014 to 17.6% in 2016, an alltime low. And there’s another effort afoot to fix Tangerine Plaza. Deveron Gibbons, a financial services executive who ran for mayor eight years ago, has assembled a development group and $15 million to revamp the plaza. The city has also had discussions with Altis Cardinal — a Miami developer that has $75 million worth of projects in the works along the city’s 34th Street Corridor — about reworking the plaza.

St. Petersburg, home to the St. Petersburg Museum of Fine Arts since 1965, the Salvador Dali Museum since 1982 and the Chihuly Collection of glass art since 2010, now has two more major museums under construction downtown. The $55-million James Museum of Western & Wildlife Art, founded with art collected by Raymond James Chairman Emeritus Tom James and his wife, Mary, is scheduled to open this month. Just a few blocks away, businessman and collector Rudy Ciccarello’s $86-million Museum of the American Arts & Crafts Movement is under construction. The 137,000-sq.-ft. museum, which will display Ciccarello’s arts and crafts furniture, pottery, tile, metalwork, lighting, photography and other decorative arts, is expected to open next year. And, less than two miles west, a third museum, the 50,000-sq.-ft. Imagine Museum, opened in January with more than 500 studio glass works by more than 55 artists. Three years ago, the city started hosting the annual SHINE St. Petersburg Mural Festival, which has brought nearly 50 permanent murals so far to downtown buildings.

Despite its scenic, waterfront location, downtown Clearwater has lacked the economic vibrancy of nearby St. Petersburg and Tampa. City officials have been hampered by the fact that a single entity — the Church of Scientology — has bought multiple parcels worth more than $260 million downtown, which is home to the church’s spiritual headquarters and hundreds of church employees. Late last year, the city moved ahead with Imagine Clearwater, a $55-million redevelopment plan to transform the city’s downtown waterfront and Coachman Park areas with pedestrian routes to public gardens, a concert venue and a gateway plaza, with many of the walking paths overlooking Clearwater Harbor. The city’s plan emerged after it struck a deal to buy a 1.4-acre lot next to city hall from the Clearwater Marine Aquarium for $4.25 million. The church, which saw the lot as a key piece of its own plans for downtown, heavily lobbied the aquarium to sell the land to the church instead, ultimately bidding as much as $15 million for the property.

Like the rest of Florida — and the nation — Manatee County has struggled with significant numbers of residents overdosing on opioids. Last year, the local medical examiner was forced to hire more staff to cope with the increased workload. At one point, the morgue ran out of space for additional bodies. A joint effort last year by federal and local drug enforcement agents — nicknamed Operation Hot Batch — led to the arrests of 34 accused heroin dealers in Manatee County. Sheriff Rick Wells says the arrests resulted in fewer overdoses — 236 suspected opioid overdoses in the county in the second half of 2017 compared to 1,076 suspected overdoses in the same period a year earlier. Drug-related deaths decreased, too, from 89 during the last six months of 2016 to 22 in the last six months of 2017.

Sarasota’s move to become known as a college town — as opposed to being a community where five colleges happen to have campuses — is gaining traction. The effort got a new name last August — the Cross College Alliance — that replaced its previous name, the Consortium of Colleges on the Creative Coast. The alliance allows the 18,000 students enrolled at one of the five Sarasota-area colleges — New College of Florida, USF Sarasota- Manatee, Ringling College of Art & Design, State College of Florida Manatee-Sarasota and FSU’s campus at the Ringling Museum, as well as Eckerd College in St. Petersburg — to take a class at one of the other institutions when that class isn’t available at their own school. Meanwhile, New College, which for the first time qualified for state performance funding (it received a $2.5-million bonus last year) plans to expand from 850 students to 1,200 by 2023. The expansion plan includes $45 million for hiring new staff and adding facilities, including a proposed multi-use student center.

It wasn’t until 1984 that Lee Memorial Hospital won approval to operate a state-designated Level III neonatal intensive care unit, meaning that Lee County’s most at-risk premature babies no longer had to be transported to hospitals in Tampa Bay and Miami for care. Last April, the county reached another milestone with the opening of the sevenstory, 300,000-sq.-ft. Golisano Children’s Hospital of Southwest Florida. The $200-million facility has 128 beds, a pediatric emergency department and a 64- bed neonatal intensive care unit. The hospital — which was made possible by a community-driven, $100-million capital campaign, topped off by a $20-million gift from businessman and Naples resident Tom Golisano — is “proof of what can be accomplished when we work together,” says Kathy Bridge-Liles, the hospital’s chief administrative officer.