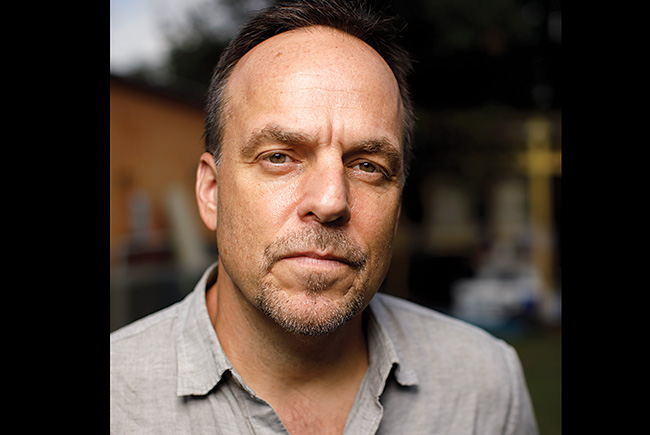 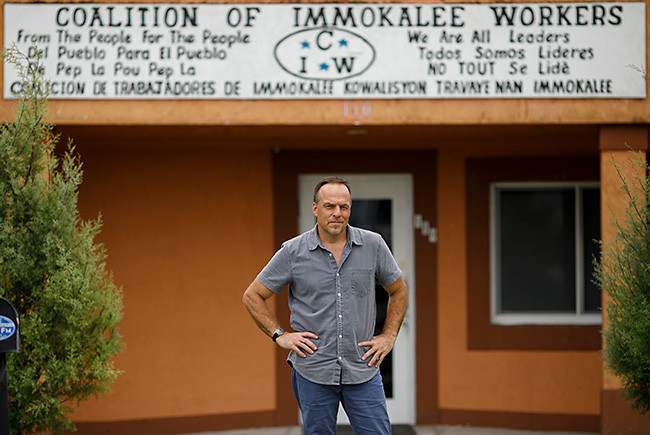 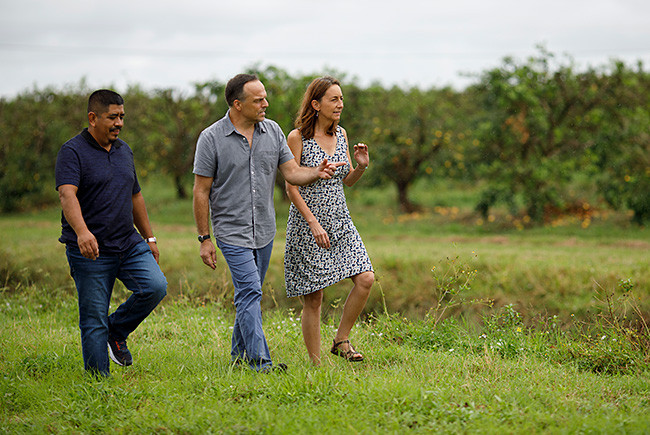 Greg Asbed is a ‘Florida Icon'

I tend not to be the person who looks for explanations for why you do what you do based on your background because, frankly, I think anybody who has seen the sorts of things that I’ve seen through the work that I do — you know, slavery, beatings, sexual assault, the kind of stuff that goes on in the fields — I would hope anybody would respond to it, no matter their background.

Being born poor shouldn’t be a life sentence.

Have you read ‘Devil in the Grove’? It should be required reading for all Florida high school students. And for all Floridians. It talks about Florida, not the one we know today, but the roots of what we are today.

In the early 1990s, when we first got here, the conditions in Immokalee were pretty shocking. You would see people getting beaten up out here in this parking lot on payday, and it was because they complained about their pay being short. Or they complained about not getting paid at all. We realized that these conditions were not put here on two rock tablets — thus shall it always be. The conditions have reasons that have roots that we could analyze and we could see how we could change them. We started to ask: Why are farmworkers so poor? Why are farmworkers so exploited? Why are they so abused? Why do they face so much violence at work? That was the beginning of our organizing.

We could see that there were forces beyond the farm gate itself that actually influenced conditions on the farm. And those forces were the consolidated, multibilliondollar retail food companies that leverage their volume purchasing power to drive prices down. So if that power is the thing that’s driving farmworker poverty, then we had to address that power in some way. We realized that these retail food companies don’t care if farmworkers protest, but they do care if consumers protest. We don’t think of ourselves as the boss of the companies we buy from, but that’s only because we abdicate our power. If we choose to use our power, we can demand that our tomatoes are picked by workers whose rights are not trampled on every day.

My son and I go to the FGCU basketball games. It’s the best ticket in town. It’s nine bucks for him, twelve bucks for me and no parking fee. And you can get food for like five bucks. They have a really fun team. It’s a great time.

The fair food agreements that we were finally able to achieve, first with Taco Bell, then with Mc- Donald’s, Burger King and Subway and these other food service companies and supermarkets, resulted in two simple things: They would pay a small premium, known as a penny more a pound, to help improve farmworker income, but much, much more importantly the corporations would only buy from growers who comply with a human rights-based code of conduct that we developed. Wendy’s and Publix and Kroger — there are a lot of companies that are still not part of this. But there are 14 companies now that are — including Whole Foods and Walmart.

I’m the son of a Syrian-Armenian refugee immigrant. He was the son of a woman who was 13 years old when she survived the Armenian genocide. That was my grandmother. She survived after seeing virtually everyone in her family killed. The young women were taken on marches called caravans — death marches — through Turkey to Syria. She was sold by the Turks to the Kurds for two goats and a bale of hay and a gold coin. My father always insisted on the gold coin being part of the story.

Eighty-percent of farmworker women report being subjected to sexual harassment or sexual assault at work — 80% — a much higher percentage than any other occupation.

Gerrymandering has things on lockdown. We have to fix that first before we fix anything because it’s the motor. You can have a beautiful car, but if the motor is broken, you’re not going anywhere. We stopped dealing with Tallahassee. We did at the beginning.

Lawton Chiles was there when we started, and Chiles was a reasonable human being. He was a good person who cared about people. But ever since, it has just been a succession of people who don’t care.

I could have just as easily been in neuroscience — Ph.D., teacher, researcher. That was the path I was on. But after studying neuroscience at Brown University, I went to Haiti to live and work there for a few years before going to graduate school. And that changed my life entirely. I saw everything from kids dying of starvation — the swollen bellies, what’s called kwashiorkor, the word for malnutrition to the point of death – to people being shot dead in front of me by the government because they wanted to have a voice in democracy.

In the morning, I’ll go out and water the garden and grab a fistful of leaves – kale or arugula or whatever – and eat them and then I’ll go to the tangerine tree, which is ripe now, and grab one or two of those, and they’re still cold from the night, and they’re delicious and you feel like you’re eating pure goodness.