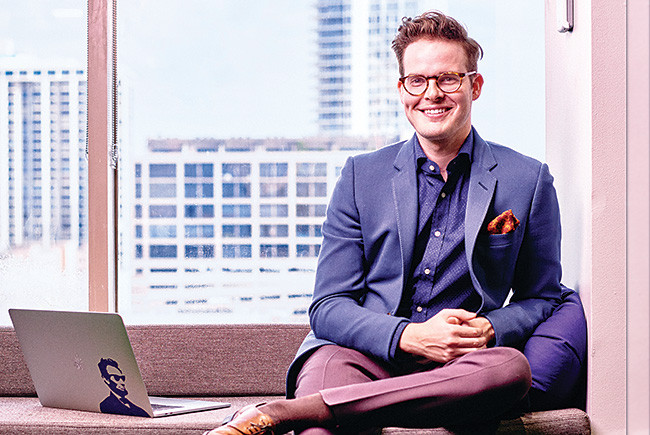 Kyle Taylor’s Penny Hoarder ranked 25th last year on Inc. magazine’s list of fastest-growing companies. Taylor, 31, says the company has been profitable since its inception in 2010 and has grown without investors. 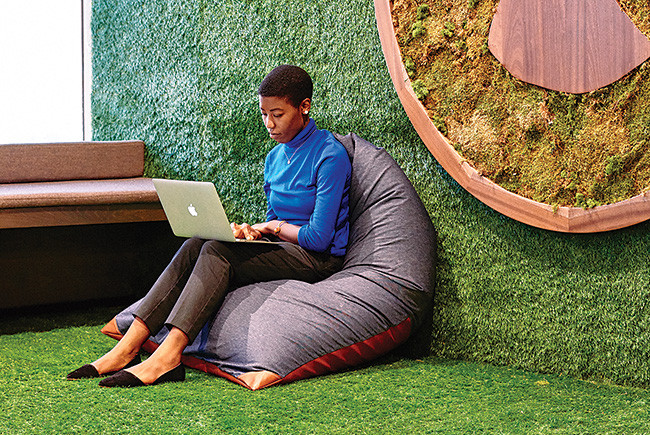 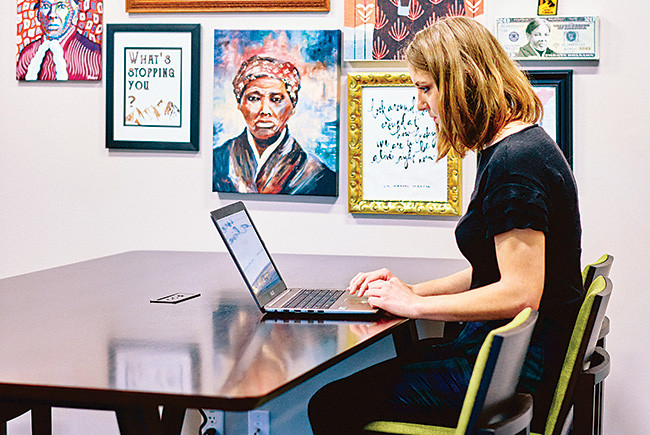 The St. Petersburg company plans to add 165 employees over the next few years. It currently has 80.

Seven years ago, Kyle Taylor had five digits’ worth of debt.

Since then, he has converted a personal blog about scrimping into a company approaching $40 million in annual revenue

If Kyle Taylor’s site, The Penny Hoarder, covered his own story, the headline — Penny Hoarder headlines tend to the perky — would be something like: How One Millennial Turned Crushing Debt into Millions.

Then it would link you to advertisers to make him even more.

His site delivers “snackables” — content that readers consume in a quick bite — with one overriding theme: “To put more money in readers’ pockets.”

However much money his readers end up with in their pockets, they’re numerous enough to attract advertisers who’ve put plenty in Taylor’s. He does it with a grab bag of coverage: “List-icles” (“15 Cities Where You Can Make at Least $1,000/Month With Your Spare Room”) and eclectic selections like the working life of a Weeki Wachee mermaid. No point is too obvious to ignore: One “surprising tip” as a way to save at Bed, Bath & Beyond? Bring a coupon.

“Our vision is we can take some of the stress out of people’s lives when it comes to money. We try to use a little bit of humor, a little bit of corniness” to present what otherwise might be a boring topic, he says.

A quintessential Millennial, Taylor grew up in a quintessential suburban development, Lakewood Ranch in Manatee County. His mother works in a hospital lab. His father, who worked in credit-card processing, now has a tennis businesses around Denver. They are divorced. Taylor liked playing Monopoly with his two sisters so well that he went on to compete in tournaments. “That’s how nerdy I am,” he says.

He was raised to know the value of more than Monopoly money. The family charted household electric meter readings and made sure to turn off unneeded lights. As a single mom, his mother secured a gig as a mystery shopper, which meant free family meals undercover at the Waffle House and Chili’s in return for reports to management on the service.

“I grew up with all the privilege in the world and parents who taught me a ton about personal finance,” Taylor says. But “you turn 18, you get the first credit card.”

At the University of South Florida for a single semester, he majored in political science as he pursued his “West Wing” fantasy of being the next-gen Josh Lyman and working at the White House. He found employment getting out the vote for John Kerry, then for a park bond campaign in Austin, Texas. He moved on to other campaigns in other places with a sojourn at the University of Colorado at Denver and return stints to Florida thrown in.

He chipped away at it, earning a few extra bucks here, saving $10 on car insurance there. And, living in St. Petersburg in 2010, he took to blogspot to chronicle his efforts under the pen name “The Penny Hoarder.” He says he started the online diary only as a way to keep himself honest. He worked side gigs — now a staple of The Penny Hoarder’s advice — that included putting his boyish face and mystery-shopper experience to use working for retail chains to see if he would be carded when buying booze.

Along the way, he discovered Google Ad Sense pays to put its ads in front of the readers that his blog drew. He says he made roughly 14 cents his first week. Then, in a field crowded with print publishers, from Money magazine to the local newspaper, all offering online personal finance, Taylor’s audience began attracting advertisers who offered him $75 or $100 to blog about their products. In his second year, blog income covered his rent.

Taylor continued his chronicles during a stay in Maine, and it was there in 2013 and 2014 that it became a full-time job. But he couldn’t envision the state as the place to build a business. “Coming home just made sense,” he says. In 2014, he returned. The following February, he hired his first employee.

Pennies piled up. By 2016, The Penny Hoarder had $20.5 million in revenue. The 9,396% increase over three years placed Taylor’s company 25th on Inc.’s list of the nation’s fastest-growing companies. The Penny Hoarder was the No. 1 media company on the list nationally and the third-fastest grower overall in Florida, behind health care company Adva-Net, based in Taylor’s old hometown of Lakewood Ranch, and Pompano Beachbased Solera Specialty Pharmacy.

Taylor discloses neither his margins — they typically are fat for online publishers like him — nor his profit, but he says the company has been profitable since inception and grew without investors. At a November ribbon-cutting when The Penny Hoarder moved into its new headquarters in downtown St. Petersburg, Taylor announced he would add 165 jobs in the next few years to his existing 80. For jobs his company creates and maintains for several years that pay an average of $66,098 (that target is 150% of the state’s 2017 average wage), it will receive a $6,000 tax credit per job. The maximum his company can receive for the 165 jobs created is $990,000 over the life of the incentive deal.

The new hires — video editors, writers, analysts — will find an office decorated with art that makes creative use of Lincoln’s image, pennies and currency. They’ll also find all the trappings of a Millennial-inspired workplace with a monetary twist — open spaces and collaboration rooms named for the faces on U.S. currency, plus one anticipating Harriet Tubman’s face on the $20 bill.

There’s a darkened area set aside for those needing quiet that’s also used for twice-daily meditation sessions. Those sessions originated with the “employee experience team” (HR) looking into mindfulness in the workplace. “I was pretty skeptical,” Taylor says of the meditation, but “after a few weeks I found myself sleeping through the night, feeling less stressed during the day.”

The eating area is complete with a corn hole game and a shelf loaded with board games. During a lunchtime visit, people are eating; no one is playing. His own office, one of the few private offices, features a reproduction antique desk, a piggy bank (empty), a USF sign, Mario in a Kart and books on business and management for a former poli-sci major climbing the entrepreneurial learning curve. “Every day you’re doing something you’ve never done before,” he says.