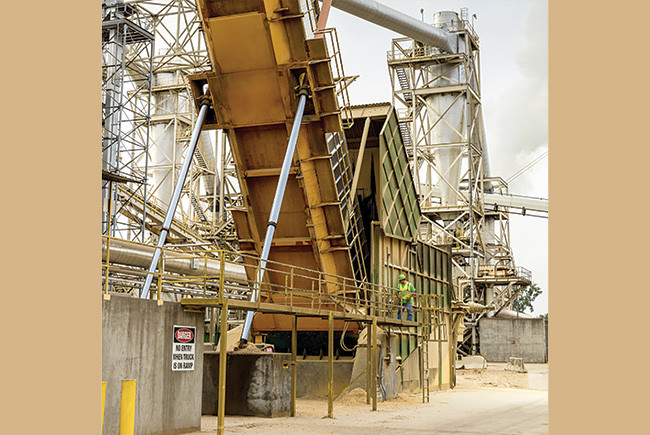 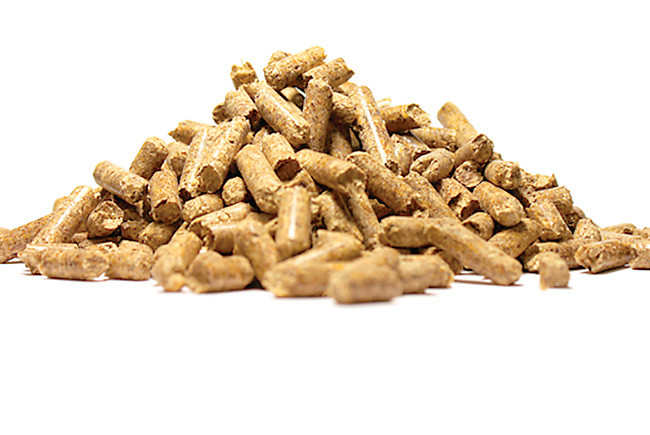 The pine tree has long been a staple of northwest Florida’s paper mill industry, which for many years has been among the region’s major air and water polluters.

But wood pellet manufacturer Enviva, based in the tiny Jackson County town of Cottondale, is now using pine trees to create a source of clean and efficient power.

Enviva’s plant produces nearly 800,000 tons of wood pellets that are shipped to Europe and burned at electric power generating plants.

Run by co-founder and CEO John Keppler, the Maryland-based company is the world’s largest producer of wood pellets.

Global demand for the product is growing, says Mark Haser, plant manager. “We can sell all we can make,” he says.

What makes the Cottondale pellet one of the most in-demand sources for power generation in Europe is its high pine content, which gives it a higher heat value.

“This allows generators in Europe and the United Kingdom to run newer, more efficient and cleaner power generators,” says Haser.

The wood pellets are largely a substitute for coal, which has a higher heat value per weight, but also emits more pollutants when burned.

By using Enviva’s wood pellets, European plants can reduce their carbon footprints by 80% over the lifetime of their power generators, says Keppler. Enviva’s Cottondale operation also is a model of clean manufacturing, says Haser. “We virtually have zero pollution,” he says. “We buy our electric power that is generated at the nearby Campbellton landfill site. And we use the bark from pine trees in our furnace to dry the wood chips.”

The plant, which employs 95 people, emits only water vapor and even sells the ash from the burned bark to local farmers for fertilizer.