Clean rooms are designed for researchers making chips so small that any dust would be destructive. 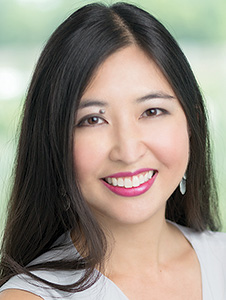 Last April, a cadre of local political, business and education leaders gathered for the grand opening of the Florida Advanced Manufacturing Research Center, a 109,000-sq.-ft. facility in Kissimmee that’s meant to function as a shared research-and-development space for tech companies and education institutions designing new generations of smart sensors. The center is run by a consortium, called BRIDG, that’s led by Osceola County, the University of Central Florida and the Florida High Tech Corridor.

At the heart of the $70-million building are two “clean rooms,” spaces that have been sucked nearly free of all airborne particles. The rooms are meant as a space for researchers who will be fabricating chips that are so small — one-thousandth the width of a human hair, in some cases — that any contamination at all could be destructive.

“A speck of dust can completely impact the integrity of the research and development that’s going on in that room,” says Gloria LeQuang, marketing director for BRIDG.

Another advantage, LeQuang says, is that the facility’s clean rooms have been built in an open ballroom format, meaning there aren’t walls that could restrict the movement of equipment. And they are powered from underneath by a basement-level network of pipes feeding in gases and deionized water, further reducing potential obstructions to companies as they decide how to lay out the room.

BRIDG is now in the process of installing research- and-development equipment; more than 30 tools are on order, which range from a few thousand dollars to several million dollars each. The goal, LeQuang says, is to have everything installed and calibrated and the clean rooms ready to use by the summer.

Among the first companies expected to use the clean rooms are Harris, the Melbourne-based communications and defense giant, and Aurora Semiconductors of St. Petersburg, both of which have already signed on as partners with BRIDG.

And “there are a lot of conversations that are still in the confidential stage,” LeQuang says.