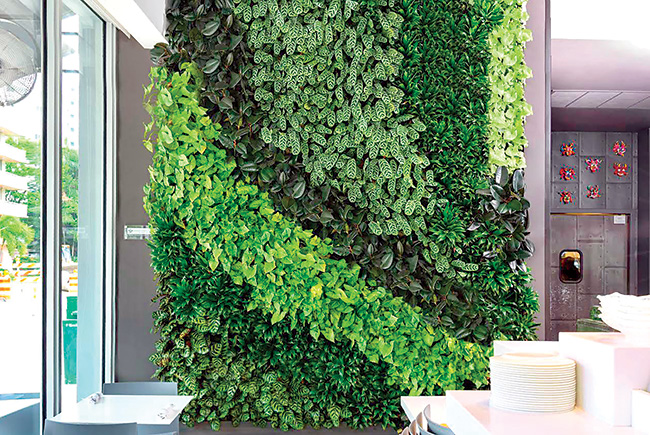 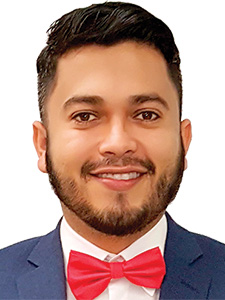 Andromeda District started out selling fiberglass plant holders made in Mexico. Now, it designs entire systems for vertical gardens, or “living walls,” and installs them in hotels, restaurants and homes. Long term, it aims to produce do-it-yourself kits for vertical gardens, made in the U.S. and sold worldwide.

The Doral-based family business is emblematic of one kind of company gaining ground in Miami-Dade County: A small venture started by immigrants that builds on international links, appeals to upscale clients and hopes one day to go global.

Launched by a Honduran family in 2010 and led by Miami-born Jonathan Taylor, Andromeda first designed plant holders and sourced them in Mexico, where Taylor’s engineer brother lives. The company sold the containers to retail stores in south Florida. Then, Taylor saw potential in expanding sales to landscape architects who might seek systems for vertical gardens.

Working with U.S. partners, he came up with a panel-based system that automatically drips water into potted plants twice a day, based on simple sprinklers and a programmable timer. Andromeda now designs the panels in-house, has a contract manufacturer that makes them in Mexico, buys plants from south Florida growers and installs the vertical garden systems for about $100 per square foot. It also provides initial maintenance and follow-up visits, which are usually needed once a year and cost $200 to $800. Andromeda guarantees the panels for 20 years and can reconfigure them into new designs.

Andromeda is investing more than $100,000 into automation to try to produce its panels in Miami-Dade, although labor and other costs are higher in the U.S.