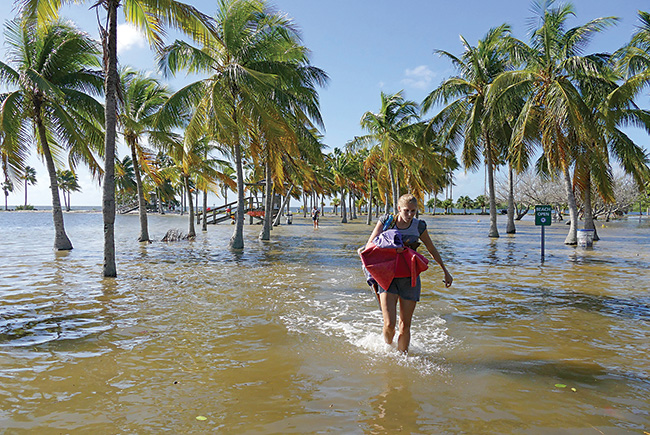 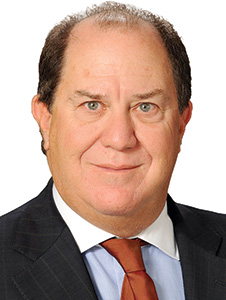 Hinshaw & Culbertson have formed a practice group to deal with climate change-related issues.

Two years ago, real estate and corporate attorney Eliot Abbott drove from his home in downtown Miami to dinner at a friend’s house in Miami Beach. As he approached the house, he was startled to see the streets flooded from “king tides” — seasonal extra-high tides caused by gravitational pull between the sun and the moon. He parked in a nearby garage and walked through water the rest of the way.

Abbott, a Miami native, had spent summers in high school working and hanging out with friends in Miami Beach. “Yeah, it would rain hard,” he says. “But there was never the flooding and standing water.”

Much of what they do involves helping clients keep on top of regulatory and legislative changes, as well as develop new disclosure policies and business plans that address the effects of climate change on shareholders and consumers.

Abbott notes that in addition to storm surges and tidal flooding, sea-level rise can lead to saltwater intrusion that erodes the structural foundations of buildings. A real estate developer who plans to build an office complex for a government agency in Miami has hired Abbott to help manage the project’s climate change risk, including potential litigation.

“At the end of the day, if the insurance companies won’t insure the risks, the banks will be very reluctant to lend, and real estate developers won’t have a capital source,” he says. “Given how important real estate is to Florida, we could be in deep trouble.”

Kammer says that as the rate of sea-level rise increases and flood risks grow, insurers will scrutinize local building codes to reduce their exposure, shifting more costs onto policyholders in some areas. “If you’re in a locale that has a relaxed building code, that’s going to affect the availability and pricing of insurance,” he says, pointing to the potential for higher deductibles and lower policy limits. “There are many different ways the insurance industry can address the issue.”

Another way is through litigation. In 2014, Farmers Insurance sued local governments in the Chicago area to recover losses associated with the record flooding that hit Illinois in the previous year. Farmers argued that the municipalities should have known climate change would lead to heavier rains and done more to prepare sewers and storm drains. The insurer later withdrew the lawsuit, saying it had accomplished its goal of bringing “important issues” to the attention of cities and counties.

Future legal actions might also include professional malpractice claims against architects and engineers who design buildings that don’t withstand saltwater erosion, or consumer lawsuits against insurers over premium increases that are meant to offset the higher risk of climate-related disasters.

Meanwhile, Abbott sidesteps questions about why climate change is occurring. “There are people like Al Gore and most of the science community who think man contributes to this. There’s the religious community who think it’s all God’s will,” Abbott says. “Maybe they’re both right. Who knows? All I know is, it’s happening, because I’m walking through it.”

Among the many questions related to sea-level rise is how tax policy in Florida could be affected.

William Lane, immediate past chair of the Florida Bar’s tax section, points out that governments in Florida rely heavily on property and sales taxes. This makes them especially vulnerable to losses if coastal home values crash or tourism struggles amid increased flooding.

Tourists pay about a third of sales taxes in the state, says Lane, a partner in Holland & Knight’s Tampa office. “If suddenly we’re losing locales that are tourist destinations” or vacation-home destinations “that will cut into the tax base.”