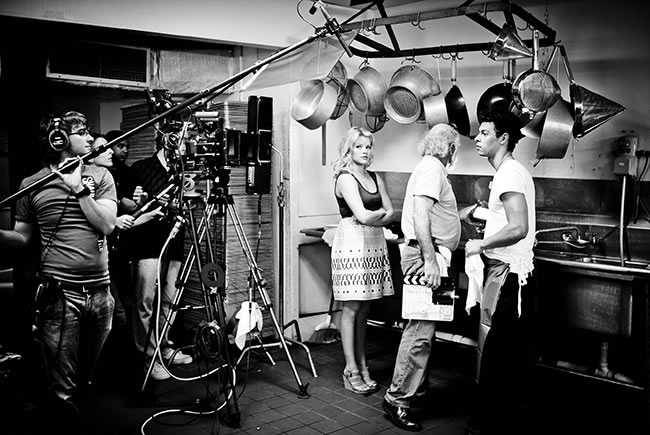 "Dancin' It's On" was filmed in Panama City Beach.

On Location: Bay County cultivates business from the film and TV industry

Among the county’s niche sectors, however, is a small-but-vibrant TV and film industry. Led by Film Commissioner Julie Gordon, Bay County has become a regular destination for HGTV, the Travel Channel and MTV, as well as a favored background for national TV commercials.

“It’s really been picking up speed here over the past five years,” says Gordon, a former actor. “We’re doing a lot of music video shoots. That got going about five years ago when Southwest Airlines started their non-stop flight from Panama City to Nashville.”

In the first six months of 2017, Gordon reports $5.5 million in economic impact from TV productions, with 2,779 days of local employment and 6,642 daily room stays.

The increase is partly because of a four-monthlong television series tentatively titled “Floribama Shores” that was shot entirely in Bay County and will be released this fall, says Gordon.

The county’s success comes as the film industry in other parts of the state has languished. The state has eliminated state-level subsidies to the industry.

Gordon says the community has helped production companies find locations, accommodations and permits, and has coordinated filming with law enforcement.